Here’s How Much You Should Have in Your 401(k) Account, Based on Your Age 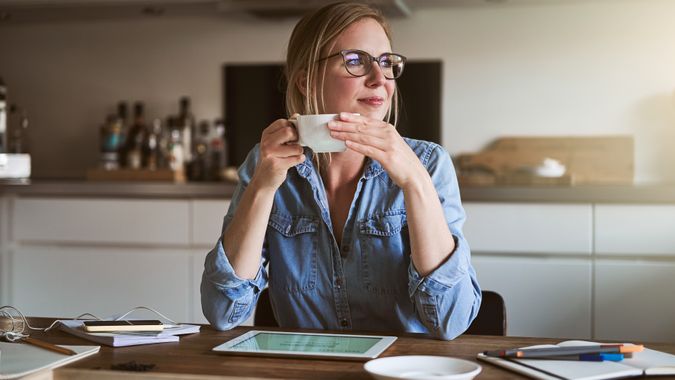 Retirement seems like a far-off thing that we never really feel prepared for, but young people might be on a better path than they think. According to data from Fidelity’s retirement platform, people in their 20s have roughly $15,000 saved in their 401(k)s.

See: Costco and 23 Companies With Surprisingly Great 401(k) Plans
Find: How To Protect Your Retirement Savings During the Coronavirus Pandemic

Fidelity also released data as of the fourth quarter of 2020 for all age groups:

The numbers are both relieving and worrisome at the same time. On one end, younger people are saving, and at considerable rates. But although it is recommended to max out a 401(k) at around 10%, those who do not are clearly the majority all the way up to age 50.

CNBC reports that, “However, experts at Fidelity recommend that you save 15% of your salary over the course of your career in order to be prepared for retirement by the age of 67.” This means that savings should start early, and from Fidelity’s data, it looks like people early in their careers are doing just that, even in small amounts.

See: Jaw-Dropping Stats About the State of Retirement in America
Find: Most Tax-Friendly States To Retire

An important thing to remember is that this money grows tax-deferred. Let’s look at the 60-69 range Fidelity provides us — an average account balance of $182,111. While this seems like a considerable lump sum, this will be paid out to you in increments. Let’s assume you take payments monthly — those payments will be taxed at a rate that is still unknown. The benefit to a 401(k) is that it is contributed to with pre-tax dollars, before you pay income taxes. That tax though will simply just be deferred to when you begin to draw on the funds.

A sum of $182,111 broken down over the course of 10-20 years, broken down further to monthly payments and then additionally taxed to an unknown rate 20-30 years down the line paints a more sober picture.

To offset this, many consider also investing in a Roth IRA or VUL, both of which are funded with post-tax dollars but are drawn on tax-free — essentially the opposite of a 401(k).

The combination of different retirement accounts with varied tax treatments allows for the least amount of tax hit at one particular time, while maximizing the tax benefits of each.