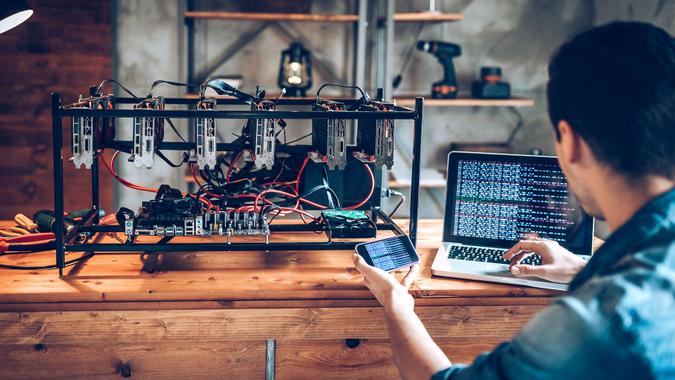 Individual retirement account provider Choice and Bitcoin mining/hosting firm Compass Mining recently announced that they are offering an IRA that would allow miners to produce Bitcoin with special tax advantages.

See: Financial Experts React to Rise in Crypto Retirement Plans
Find: The Wealthy Actively Use This Roth IRA Strategy, and So Can You

Under normal circumstances, people who mine and then sell Bitcoin are double taxed. Accounting Today explains that Bitcoin miners incur income tax when the digital currency comes into their possession. This means a tax simply for mining Bitcoin. Now, if you mine Bitcoin, and you want to pay the taxes on that mining event by selling a portion of the Bitcoin at a profit, you’ll now need to pay a second tax. This time, it comes in the form of capital gains tax on any appreciation in the value of the Bitcoin between the time you mined (or came into possession of) it and when you sold it.

Choice and Compass Mining have joined forces to provide clients with a loophole to those rules.

Their new IRA would let investors avoid the double taxation by claiming the machine itself as the asset owned in the IRA. The investor first would buy mining hardware by using assets within their IRA. Equipment ranges from $5,000 to $10,000 and over, CNBC reports. Compass then handles the logistics, from delivering those machines to data centers to configuring and monitoring the actual equipment.

See: Is the IRS Coming for Your Bitcoin?
Find: What Happens to Your Bitcoin When You Die?

The loophole is that if you own the mining hardware, the Bitcoin would be treated like returns on stock or income from a rental property owned in an IRA — it would be tax deferred, and it wouldn’t count against your contribution limit. What’s more, if you were to sell Bitcoin generated by the machines owned in your IRA, the capital gains taxes would be deferred or eliminated entirely — if all done within the IRA.

Think of how a mutual fund or exchange-traded fund owns several different kinds of stocks within it. You technically own each of the stocks within the larger pie of the particular fund you’re invested in. The same logic applies here, only instead of a mutual fund, you buy mining hardware, and instead of owning stock within a fund, you own Bitcoin mined using the hardware.