This Back-Door Retirement Strategy Goes Away Jan. 1 – Did You Even Know About It? 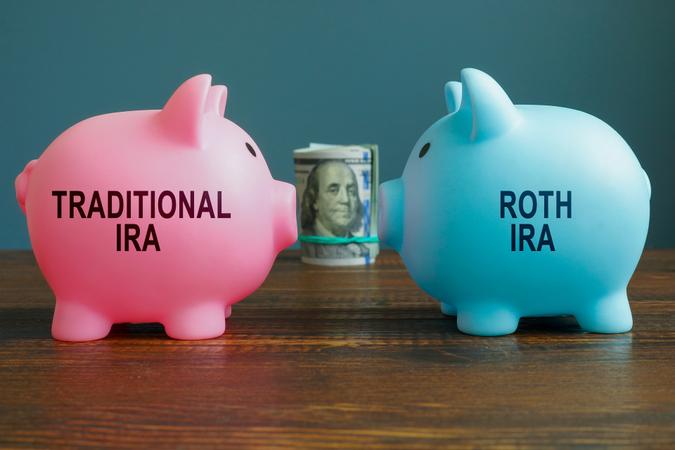 Americans who are using this “backdoor Roth” tax strategy may be out of luck as the House Ways and Means Committee legislative tax proposals would prohibit some of its uses. The provision is part of the tax increases aiming to partly fund the $3.5 economic reconciliation bill.

See: 5 Things Most Americans Don’t Know About Social Security
Find: 8.5 Million Tax Refunds Have Yet to Be Sent – What To Do If You Haven’t Received Yours

The backdoor Roth strategy entails opening a traditional IRA, make your desired contribution, and then, at a later date, convert the funds to a Roth IRA, according to Charles Schwab.

Tom Wheelwright, CPA and author of Tax-Free Wealth, explains to GOBankingRates that to use this strategy, a business owner funds a pension or profit-sharing plan, taking a deduction for the funding against their income taxes. Then, later, they convert this to a Roth IRA or solo-Roth 401(k) and pay tax on the income.

“So it’s effectively a wash for income tax purposes over the years,” Wheelwright says. “The result is a hyper-funding of a Roth that then grows tax-free. If removed, retirement funds in a Roth will be severely limited.”

The backdoor Roth strategy lets participants in 401(k) plans that allow after-tax contributions put as much as $58,000 a year into a retirement account and convert a substantial chunk of the money to a tax-free Roth account, with a minimal tax hit if executed well. It is available at many large companies that employ people with the means to save significant sums, including Microsoft, Amazon, General Electric and Facebook, according to The Wall Street Journal.

This provision applies to distributions, transfers, and contributions made in taxable years beginning after December 31, 2031.

In order to contribute to a Roth IRA directly in 2021, an individual needs to have income below $140,000 and a married couple needs to earn less than $208,000. But there is no income limit when it comes to converting a traditional IRA to a Roth IRA and paying any taxes owed, which has allowed high earners to contribute to Roth IRAs of their own, a process known as the backdoor method, contributing Motley Fool analyst Matt Frankel tells GOBankingRates. He adds that this would leave the Roth conversion option for moderate-income savers but would cut off the highest earners.

“Another proposal would do away with Roth conversions entirely,” Frankel says. “Either way, the elimination of the backdoor Roth strategy could deal a serious blow to the retirement savings plans of many Americans, and not just the super-rich,”

“If the change passes and goes into effect in 2022, we could see a rush of people converting their accounts while they still can,” he adds.

See: What Happens to Social Security When You Die?
Find: Here’s How Much You Need To Earn To Be ‘Rich’ in 23 Major Countries Around the World

The provision alone would help raise $739 million, according to data from the Joint Committee on Taxation.

In total, this provision, and others in the proposal, would raise approximately $2.1 trillion over 10 years to help pay for the fiscal year 2022 budget, the National Association of Plan Advisors says.