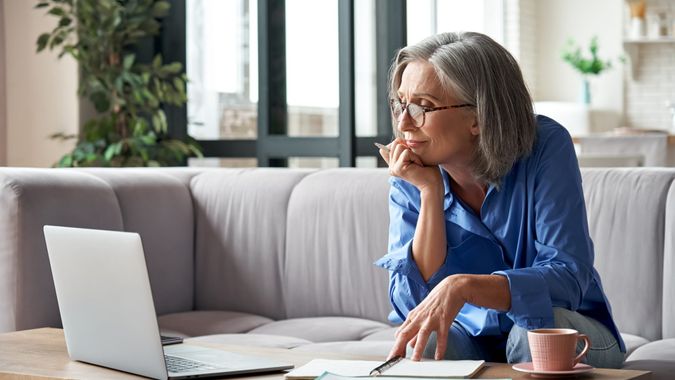 While the Covid-19 pandemic of 2020 was a year for the history books, it wasn’t the only notable milestone that year. For the first time in recorded history, the number of people aged 65 and older was higher than the number of children under the age of 5, according to Jo Ann Jenkins, CEO of AARP, as reported by Barron’s.

See: Nearly Half of Seniors Expect to Work After Retirement — But There Might Be a Better Option
Find: The Average Retirement Age in Every State

Over the next two decades, the number of people aged 65 and older will almost double, passing 72 million — or one in five Americans, says Jenkins. Because of medical and social advances, research indicated that most 65-year-olds today will live into their 90s and the first person to reach 150 may be alive today.

The United Nations estimates that by the year 2100, there will be 25 million people who will reach the age of 100, reports The New York Times. As people live longer, many are left to question what can be done to help people afford longer lives.

Instead of “saving for retirement,” Jenkins wrote that she advises that we should start thinking in terms of “saving for life.” She also believes that the financial services industry should provide the tools, resources and solutions for those in need.

Jenkins noted that the first step towards this goal is to change our mindset around aging. Instead of seeing it as a period of decline, see it as a time of growth. However, one fear is that people may outlive their retirement money.

See: How Long $500K Will Last in Retirement in Each State
Find: How To Get Your Retirement Plans Back on Track After 2020

According to Jenkins, this new vision is built on four pillars: Social Security benefits, pensions and savings, health insurance and earnings from work. Tools and resources such as employer-provided financial wellness programs and secure mobile technology is helping to achieve the goal of financial resilience and rethink aging and retirement, explained Jenkins.

“At AARP, we believe the time has come to change the conversation about preparing financially for our later years,” said Jenkins.

“Thinking in terms of “saving for life” creates a new vision of financing our future that expands from saving for retirement to enhancing our financial resilience, especially during our traditional retirement years,” she added.