Let’s face it: Many Americans aren’t doing a good job of saving for retirement. GOBankingRates’ 2018 Retirement Savings survey found that 42 percent of respondents have less than $10,000 saved, which isn’t even enough to cover a year’s worth of expenses in retirement.

It’s true that saving for retirement can be a struggle if you’re living paycheck to paycheck. But a new GOBankingRates survey of more than 1,000 adults found that many Americans might have more room in their budgets than they think to set aside cash for retirement. The respondents shared how much they spent each year on nonessential items, and then GOBankingRates calculated how much they could save by cutting those expenses in half and investing the cash in a retirement account instead.

The survey asked respondents how much they spent annually on the following six categories: 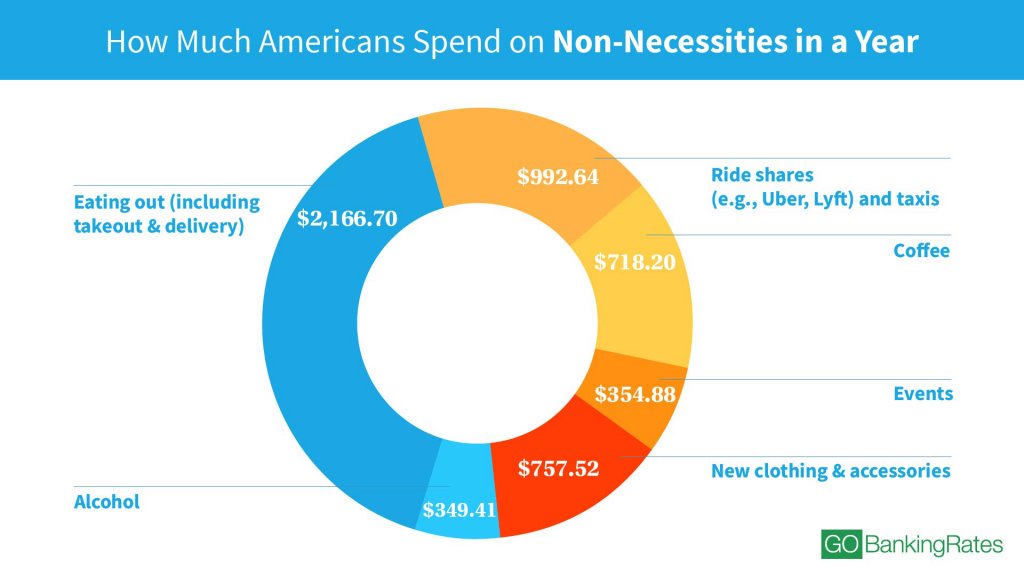 On average, respondents spent $5,339 annually on all of those expenditures combined. The biggest source of nonessential spending is eating out, takeout and food delivery. Respondents said they spent an average of $2,167 a year on food that they didn’t prepare at home. The next biggest nonessential expense was ride shares, which cost respondents $993 a year on average.

Men tend to spend more than women on nonessential items and services. The survey found that men shell out an average of $5,339, whereas women spend an average of $4,664 a year.

How Much Americans Spend on Non-Necessities Every Year, by Age and Gender

The survey also found that younger adults tend to be bigger spenders than older ones. Millennials, the biggest offenders of nonessential spending, fork over an average of $6,283 a year. Younger baby boomers ages 55 to 64 spend the least on average: $4,196.

Find Out: Here’s How Much the Average American Spends in a Day — How Do You Measure Up?

How much can I save for retirement?

If you’ve ever asked yourself that question, the answer is likely more than you would expect. You probably could afford to boost your retirement savings dramatically by simply reducing unnecessary expenses.

Based on the average spending of survey respondents, GOBankingRates found that Americans could save more than $600,000 (before taxes) by retirement age by cutting nonessential spending in half. This assumes that they invest $2,670 — half of the average amount spent on nonessentials — in an IRA annually from age 25 until age 65 and earn a 7 percent annual return on their investments. After taxes, however, that amount drops to around $500,000. 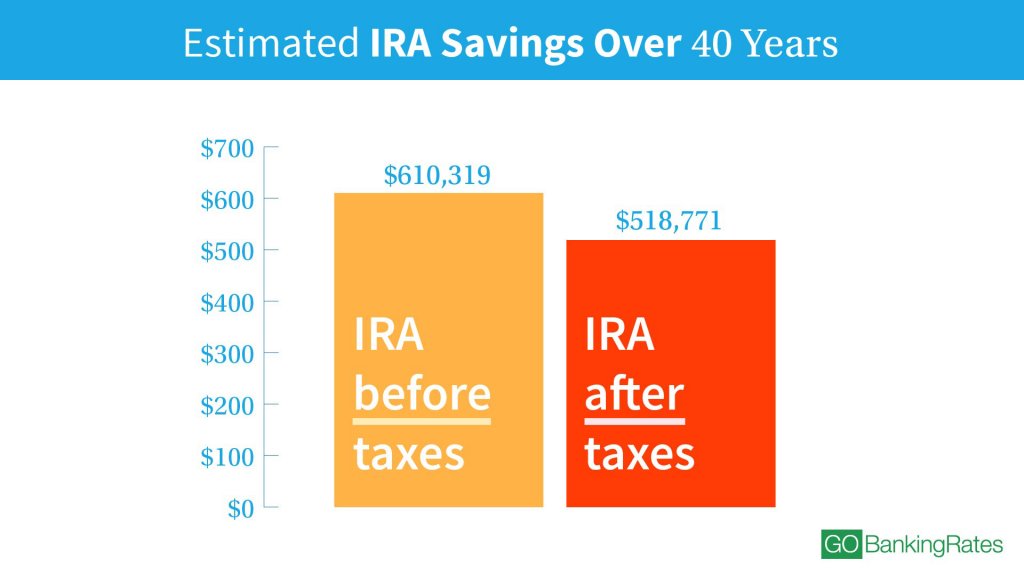 For those who cut nonessential spending in half and start investing the savings annually at age 35, their after-tax IRA balance would be approximately $283,707 at age 65, assuming a 7 percent annual return. If you start saving $2,670 a year at age 45, you would have $121,724 by age 65. And, even if you don’t get started until age 55, you could still have an IRA balance of $29,872 by age 65 — assuming the same contribution rate and annual return.

Of course, the more you cut your spending, the more you can save and the bigger your nest egg will be at retirement. Retirement savings of $600,000 might seem like a lot. However, you might need to save more for retirement depending on where you live. A separate GOBankingRates survey found that in states where the cost of living is high, such as California and New York, retirees need more than $1.5 million saved to live comfortably.

Find Your State: Here’s Exactly How Much You Need Saved for Retirement in Your State

How Much Each Generation Can Save for Retirement by Cutting Spending

Because millennials spend the most on nonessential items, on average, they stand to gain the most by reducing frivolous spending. If millennials ages 25 to 34 cut their average annual spending of $6,283 in half, they could invest $3,142 a year in an IRA. By age 65, they could have an estimated $718,211 saved — assuming an annual return of 7 percent.

The two biggest categories of spending that millennials could eliminate to boost savings are eating out and ride shares. The survey found that millennials spend about $2,465 a year, on average, on restaurant meals and about $1,105 a year on ride shares and taxis. Considering that the GOBankingRates 2018 Retirement Savings survey found that more than half of millennials have less than $10,000 in savings, cutting these costs could go a long way toward helping them boost their retirement account balances.

If young Gen Xers ages 35 to 44 cut their average spending of $6,143 on nonessentials in half and invested that money instead, they could have an estimated $333,773 in savings by retirement age. This age group actually spends more than millennials on eating out — an average of $2,611 a year. And, it spends the most of any age group on coffee and alcohol — $886 and $492 a year, respectively.

Older Gen Xers ages 45 to 54 spend an average of $5,999 annually on nonessential items. If they cut that spending in half, invested the money and earned an annual return of 7 percent, they would have an estimated $143,205 in savings by retirement age. Like other generations, older Gen Xers’ biggest budget leak is eating out — on which they spend $2,437 on a year, on average.

Even baby boomers could benefit by reducing unnecessary spending. If they cut their average annual spending of $4,196 in half, they could invest $2,098 a year and have $35,143 in savings by age 65 if they earn a 7 percent annual return.

More on Retirement: What Social Security Will Look Like When Millennials Retire

Seniors Can Save at Least $8,000 a Year in Retirement by Cutting These Expenses

Current retirees could add to their retirement savings — or prolong the savings they have — by reducing unnecessary spending. The survey found that adults 65 and older spend an average of $4,934 a year on non-necessities. Eliminating meals out could save them roughly $1,954 a year. Another big spending category for this age group is ride shares. In fact, adults 65 and older spend the most of any age group — $1,149 a year.

However, if retirees have debt, they should consider paying that off first before adding to their savings. By cutting nonessential expenses, older adults will have more cash to eliminate debt in retirement and free up more money for essential expenses.

How Much Retirees Spend on Non-Necessities

How to Cut Your Spending and Increase Your Retirement Savings

To reduce spending and increase retirement savings, you don’t have to cut out everything you love. As GOBankingRates’ calculations show, reducing nonessential spending in half and investing the savings can greatly increase the size of your nest egg.

The first step in cutting costs is to actually figure out where your money is going. Check your bank and credit card statements to see how much you’re spending each month on nonessential items and services. Then, rank those purchases by how much you value them. You might find you actually don’t value some of the things you’re spending the most on — which will make cutting those costs easier.

You can also reduce nonessential expenses by finding lower-cost alternatives. For example, instead of using a ride-sharing service or taxi, take public transportation. Instead of going out to eat with friends, invite them over for a potluck dinner.

Once you figure out how much you can cut, have that amount automatically deposited into an IRA each month or increase your 401k contribution by that much, so the money will come out of your paycheck or checking account before you have a chance to spend it.

Click through to read about what states you should avoid if you want to retire rich. 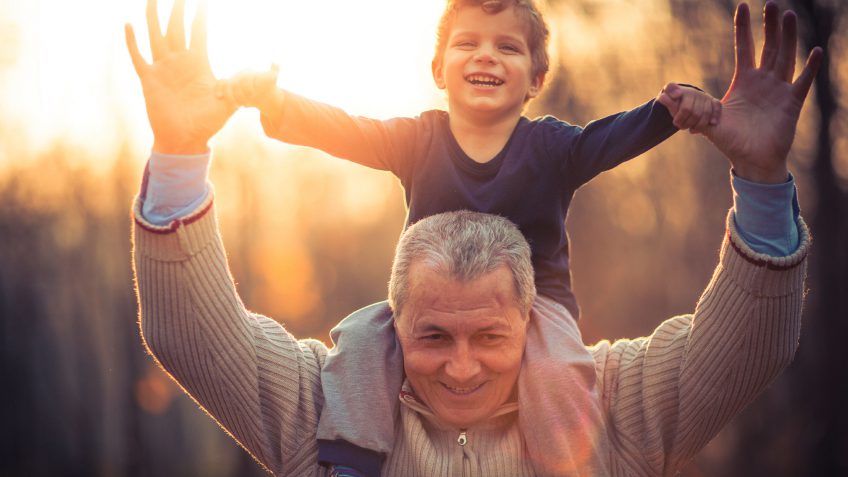 See how much past generations had to earn to retire.