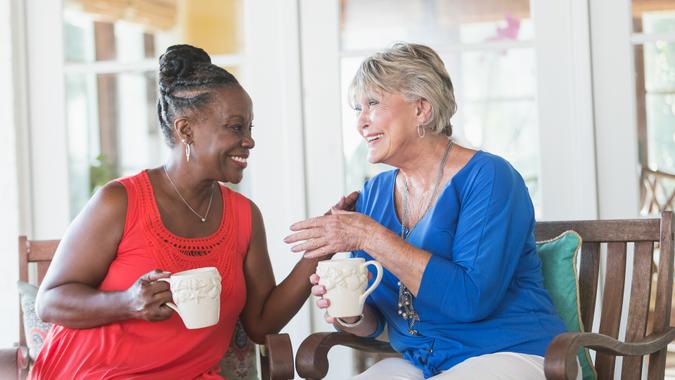 Although retirement age by the government’s standards falls somewhere in your mid-60s, some people will opt to retire earlier or later in life. For example, right now, there are more people planning to retire early than there were pre-pandemic, according to a survey from market research firm Hearts and Wallets, as reported by Fox News. The survey estimates around 11 million U.S. households younger than 55 have plans to retire by 55. However, approximately 40 million households under 55 believe they will work longer and retire between the ages of 62 and 70 — more than 3.5 times the amount of households that believe they will retire in their mid-50s.

Find Out: 27 Best Strategies To Get the Most Out of Your 401(k)
Learn More: The 30 Greatest Threats to Your Retirement

Did You Know? Hidden Obstacles That Keep People From Retirement

However, this fear is mostly unfounded. Social Security’s primary source of funding is the payroll tax, and although benefits could theoretically be slashed by a conservative Congress in the future, as long as people keep working, Social Security will remain funded.

Here’s a breakdown of what each group can expect to receive in Social Security, based off earnings of $56,000 in 2020 dollars. Note that the data is taken from the Urban Institute, which used age 65 as a baseline.

Americans carried an average debt of $26,621 in 2020, down from an average of $29,800 in 2019, according to Northwestern Mutual’s “Planning & Progress Study 2020.” Debt can severely impact your retirement plans both because it can be a drain on your finances and it can harm your credit. When planning for retirement, give yourself limitations on what you need versus what you want. Also plan on taking steps to eliminate any debt you accrue before retirement. For older folks, that usually means mortgage debt.

Healthcare costs generally rise with age, which means you might want to consider healthy living as part of your retirement plan. Healthcare costs themselves are rising. Employer-sponsored premiums for single coverage jumped to $7,470 in 2020 — an increase of 4% from the year before. Because this trend shows no sign of abating, you’ll want to factor it in to your retirement plans.

Sometimes it’s worth holding off on retirement for the simple fact that you love your job. Although retirement can provide reprieve from a demanding work life, for others their job is a source of happiness, contentedness or just soothing familiarity. And right now job satisfaction is back to prepandemic levels, with the ability to work from home as the reason, according to a GOBankingRates study.

Obviously, your savings will play a huge role in whether you can fulfill your retirement goals. A 2019 GOBankingRates survey found that more than 40% of Americans will retire “broke” — that is, with less than $10,000 in savings to their name. This isn’t even necessarily the fault of the individual. Skyrocketing student debt and living costs are both key factors in Americans’ lack of savings. Plus, in the same survey, around 40% of Americans said they simply did not make enough money to save.

Learn: How to Save If You Live Paycheck to Paycheck

A 401k is an employer-sponsored retirement plan with a much higher contribution limit: $19,500, including the total of all employer contributions, employee elective deferrals. However, these are also taxable as income.

7 Tips for Choosing the Best Retirement Plan: IRA vs. 401k

You’ll need to be realistic about where you can retire. Some places will be a huge drain on your savings, thus affecting your standard of living. On the other hand, you can really stretch a dollar in, say, St. Petersburg, Fla.

See Why: The Best Places to Retire in America Are All College Towns

Maintaining a standard of living during retirement is itself fairly expensive, but your nest egg will probably stretch further in Alabama than Alaska. According to a GOBankingRates study, you won’t have to have nearly as much money to retire in Southeastern and Southwestern states: Mississippi, Oklahoma and Arkansas require less than $700,000 in savings to retire. However, to retire in the most expensive places, you’ll need much more. For example, in Hawaii, you’ll need over $2.1 million in savings, and in California, Oregon and New York, you’ll need to have around $1.3 million put away. The bottom line is if you want your savings to last longer after you stop working, your retirement destination matters.