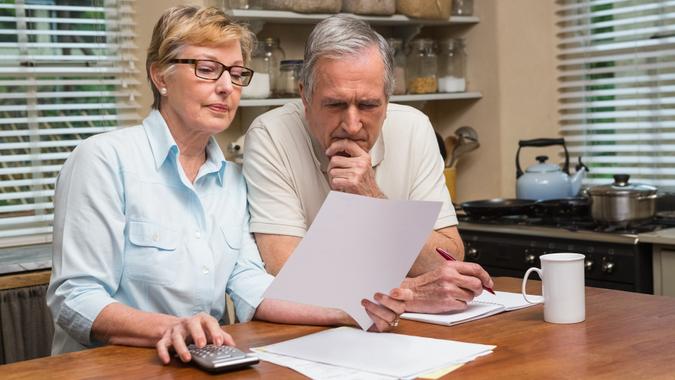 After just one year into his term, President Biden has already had a major impact on how Americans retire — but not nearly as major as he would have liked. The president pitched bold and sweeping reforms that would have represented the biggest change to retirement and retirement planning in a generation.

As of right now, virtually all of it is languishing in legislative limbo — but the situation is still fluid.

The White House is restarting negotiations with lawmakers and repackaging the legislation to make it more digestible in smaller chunks. It’s unclear what the outcome will be, but even if it remains stalled, the past year delivered big changes to the retirement landscape in America.

As negotiations around the president’s Build Back Better plan dragged on in the fall, lawmakers eventually removed every single one of the major provisions that dealt with retirement from the legislation. Had the bill passed with the president’s priorities intact, the new legislation would have:

The retirement provisions of Build Back Better would have made major changes to the entire concept of retirement in the United States. Although they never made it out of Congress, it’s important to understand them because negotiations are ongoing. According to Reuters, the White House will likely try to pass some or even all of the retirement provisions from Build Back Better by breaking the legislation up into smaller, more passable bills.

Social Security Got a Big Boost Under Biden

One change that did go through directly affects nearly all retirees — a 5.9% cost-of-living adjustment (COLA) that the Social Security Administration (SSA) announced in October. When you include both Social Security and SSI recipients — some people receive both — about 70 million Americans will get significantly bigger checks this year.

Issued in direct response to soaring inflation and steep increases in the Consumer Price Index, the COLA gives recipients their biggest pay raise in 40 years since 1982. The average Social Security recipient will receive $92 more per month in 2022 than in 2021.

…So Did ESG Investing

ESG stands for environmental, social, and governance. Fund managers in the ESG investing niche make decisions based partly on things like a company’s commitment to issues like racial equality or climate change. According to Morningstar, President Trump made it “extremely difficult and risky” for employers managing retirement plans to consider ESG factors when choosing default investments for their employees.

President Biden directed the Department of Labor to roll back those regulations, which could go a long way to bringing ESG retirement investing into the mainstream while also giving employers and their workers greater latitude to invest with their consciences.

In the waning days of the Trump Administration, the Department of Labor tightened fiduciary requirements for retirement advisors. Oddly enough, according to Morningstar, the end result was much the same as an Obama-era policy that was tossed out by the courts.

The new regulations required some financial professionals to document the reasons why they advised clients to roll over defined-contribution plans into IRAs and explain why doing so is in their clients’ best interest.

President Biden is overseeing the phasing in of those new regulations, and his administration is taking things one step further. The White House has revised the mandate to increase the number of financial professionals who qualify as fiduciaries under the new rule.

You Can Contribute More Money to Some Retirement Plans

If you have a 401k plan, you can contribute $1,000 more to it this year than last, up from $19,500 to $20,500. The catch-up contribution remains the same — $6,500 — for a total contribution of $27,000. Both standard and catch-up contributions for IRAs and Roth IRAs remain unchanged. There have also been several adjustments to the maximum income phase-out thresholds for a few kinds of retirement accounts, which are determined by your filing status.