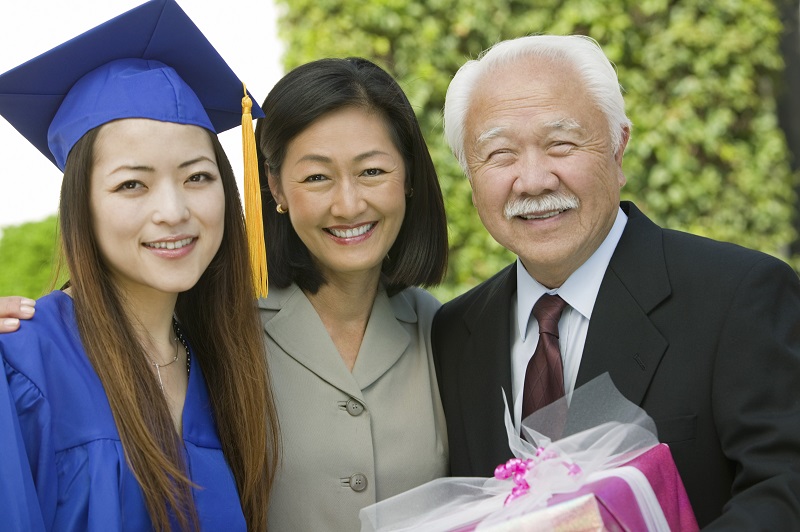 Across generations, money is the most common topic people think about every day, found the GOBankingRates 2015 Life + Money Survey. But the types of financial worries people have vary by age group. Young adults are likeliest to name paying for college as their biggest financial challenge. For a baby boomer nearing 65, planning for retirement will be a top priority.

The recent Life + Money Survey found that each generation, from millennials to Generation X and baby boomers, is facing its own set of tough financial challenges. In fact, one of the central findings of the study is that Americans’  biggest money worries are closely tied to their stages of life. Find your generation below and see how you stack up against your peers — and how your generation’s financial priorities compare to other generations’ concerns.

Millennials Struggle With Budgeting and Debts

Millennials (ages 18 to 34) often struggle to live within their means, which could be due to earning lower income early on in their careers and having underdeveloped financial discipline. This generation is most afraid of always living paycheck to paycheck and never getting out of debt.

Millennials also find it more challenging to stick to a budget than their older counterparts do. Kerry Hannon, a personal finance and career expert, said it’s vital that young adults start learning about finances and practicing basic habits like setting a budget and saving.

Paying for College Is a Top Concern for Millennials

Young millennials are significantly more concerned with covering college costs than people age 25 and older. Among college-age millennials (ages 18 to 24), paying for college was a particularly common challenge, with a third (32.5 percent) saying this is their toughest money struggle.

While older generations might have already achieved the major life event of buying a home, this goal is still ahead of many older millennials (ages 25 to 34). This age group is one of the most afraid of not being able to afford a home (11 percent) and the most likely to say saving for a home is their biggest financial challenge (16.6 percent).

But millennials might want to delay buying a home, said Hannon. “Millennials tend to shift jobs more, and many work contract jobs — their work situations change more often than older generations’,” she said.

“Maybe buying a home is not for right now,” Hannon said. “You can start saving for a mortgage, but saving for retirement is more important.” Yet with retirement still so far in the future, millennials are less concerned with retirement planning than older generations, found the 2015 Life + Money Survey.

Related: How Millennials Can Solve Their 7 Biggest Money Problems

One area in which older millennials differ from college-age millennials is what they think about most each day. Younger millennials think most about their love lives, with 27.5 percent giving this answer, making them the only group to think more about romance than money. Older millennials, on the other hand, think about money more often than any other age group, with nearly a third (31.6 percent) giving that answer.

Gen X Thinks About Work and Vacationing the Most

Of all age groups, Gen X (ages 35 to 54) spends the most time thinking about work, with three in 10 saying this is the topic they think about most each day. Older Gen Xers (45 to 54) are one of just three age groups that thinks more about work than money, along with baby boomers (ages 55 to 64) and seniors (age 65 and older). They are also afraid of losing their jobs, with about one in six saying this is their top money fear.

But while Gen X works hard, they also play hard. This generation thinks the most about vacationing, with about one in eight saying they think about this topic more than any other.

Retirement Is a Major Concern for Gen X

Even with retirement still a decade or more out, retirement plans are a top focus for Gen X, particularly for older Gen Xers; 26.9 percent of this group said planning for retirement is their biggest financial challenge, and people in this age group are also more afraid of never being able to retire than any other age group, at 24.1 percent.

With many Gen Xers looking ahead to retirement, it’s the perfect time to start stepping up retirement savings, said Hannon. “People in their 30s should start working toward maxing out 401k contributions and might even want to open a Roth IRA to save further,” she said.

As they approach their 40s, Gen Xers should turn to financial advisors. “You need to get an overall financial plan in place and rebalance retirement accounts regularly,” Hannon said. “Those retirement dollars are more important than ever.”

Debt Is Still a Hang-Up for Some Gen Xers

Debt and other issues are still holding back some Gen Xers. Those ages 35 to 44 are the most likely of any group to name paying off credit cards as their biggest money challenge, which can be be an obstacle to achieving bigger goals like saving for retirement or investing. Plus, about one in five members of Gen X still can’t stick to a budget, and a similar portion fears always living paycheck to paycheck.

But Gen Xers, especially those on the older end, can’t afford to carry debt. “You have to focus on paying down debts in your 50s,” said Hannon, especially debts with high interest rates. “Debt can be a real dream killer.”

Baby Boomers Worry the Most About Retirement

Seniors past age 65 are only slightly less focused on retirement, with 17.2 percent still afraid of never being able to retire and 26.4 percent more concerned with retirement planning than other financial challenges.

Boomers Think More About Their Health Than Money

One in four baby boomers thinks most about their health each day; for people age 65 and up, this number jumps to one in three (32.5 percent). “When we start seeing our own friends facing health crises, or we’re facing them ourselves, that’s a big wake-up call for people past 55,” Hannon said. “You realize you need to take care of yourself.”

“The big issue here is this palpable fear that they’re going to outlive their money,” said Hannon. “I think everyone should consider working a little longer than planned, even into retirement,” she said, which can help boomers save more and put off drawing on retirement funds or Social Security.

This focus on health can be a boon to boomers if they use it as a motivation to take care of themselves and stay fit. “One way to fight back against ageism is to be physically fit,” Hannon said, which is important for boomers still in the workforce. “You give off this energy and enthusiasm that will work in your favor if you plan to work longer,” she said.

Identity Theft Is a Major Fear for Boomers

“This generation hasn’t grown up with online stuff as part of their DNA,” Hannon said. “They are computer savvy, but their overall comfort level with the digital world is just lower.” With less of a digital mindset, online threats to their financial security and identity can loom larger for this age group.

But baby boomers could also be more worried about identity theft because they have more to lose because of it. “You have more savings and there’s more out there that belongs to you that identity thieves could target,” Hannon said. But she added that there are many tools that boomers can use to build security walls around their finances to protect themselves and their savings.

Seniors Over 65 Are Focused on Investing, Building Emergency Funds

Boomers are also more likely to be focused on building an investment portfolio than other generations, with about one in 10 focusing most on this financial challenge. For people over 65, this number climbs to 13 percent, the highest of any age group. The 65-and-over group is also 50 percent more likely to fear losing money in the stock market than any other age group. And Americans 65 and over are the most likely of any age group to name saving an emergency fund as their top financial challenge (15.4 percent).

These findings reflect retirees’ need to live off of investments and savings, which makes managing portfolios and liquid savings higher priorities for them. With limited income, “you’re more sensitive to unexpected costs,” Hannon explained.

“These are the years when you need to skew to be more conservative and have more of a balanced and solid portfolio as you move to a fixed income,” Hannon said. “At this age, pay close attention to investments and, at least once a year, rebalance and make sure your portfolio is on track.” Set aside 15 percent of your income and try these easy lifestyle changes to get your retirement plan on track now.

> Retirement > Planning > Biggest Financial Fears and Challenges of Your Generation