For 40% of Americans, ‘It’s Going to Take a Miracle’ To Retire Securely 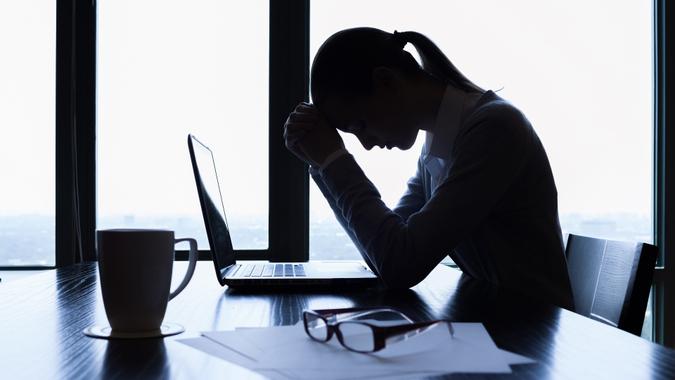 Do you believe in money miracles? Let’s hope so, because according to a new survey, some 40% of American say “it’s going to take a miracle” to retire securely, with COVID-19 making the long-term financial goal all the less attainable. Inflation, interest rates, public debt and the pandemic are all factors affecting the pessimistic outlook.

Take Our Poll: What Is Your Outlook on a Secure, Timely Retirement?
Learn: How Much You Should Have in Your Retirement Fund at Ages 30, 40, 50 and 60

The 2021 Global Retirement Index (GRI), a new survey by Natixis Investment Managers, finds that 77% of Americans say that rising government debt will lead to reduced Social Security benefits, making it harder for four in 10 to make ends meet in retirement.

A key finding shows that roughly 40% of respondents, including 46% of Generation Y, 45% of Generation X and 30% of Baby Boomers, believe they will need a miracle to be able to retire securely.

In addition, 73% recognize it is increasingly their responsibility to fund retirement versus relying on a pension or Social Security, 42% say it will be difficult to make ends meet if Social Security benefits are lower than expected, including 31% of those with a net worth of $1 million or more. A whopping 59% of Americans say they accept they will have to keep working for longer, while 36% believe they will never have enough money to retire, including 51% of Generation Y, 48% of Generation X and 20% of Baby Boomers.

More: Money Advice From a Teen Who Opened a Retirement Account at 14 and Wrote a Book at 16

“The pandemic has exacerbated financial inequality and accelerated long-term trends that are eroding the prospect of retirement security for many,” Jim Roach, Senior Vice President of Retirement Strategies at Natixis Investment Managers, said in a statement. “As policymakers look to normalize fiscal and economic policy in the wake of the pandemic, Natixis Investment Managers’ Global Retirement Index provides insight into the factors having the greatest impact on retirement security around the world.”

In terms of the biggest risks to their retirement security, 68% see long-term inflation as one of them, while 64% worry that healthcare costs will eat up their savings. Low interest rates are also of concern, with 50% saying it will make it harder to generate income in retirement.

See: Nearly Half of Seniors Expect To Work After Retirement — But There Might Be a Better Option
Find: Will Millennials and Gen Z Have Enough Money To Retire?

The GRI also moved the U.S. down one place from last year with lower scores in health, happiness and government debt, and a higher ratio of retirees to workers. Iceland tops the ranking for the third consecutive year. The next six countries — Switzerland, Norway, Ireland, Netherlands, New Zealand, and Australia — have the same rankings as last year, but all with slightly lower scores than the previous year. Germany moved up two places to No. 8, swapping places with Canada, which slipped to No. 10. Meanwhile, Denmark held on to its place at No. 9, according to the index.