How Much Should You Have Saved If You Want To Retire Early? 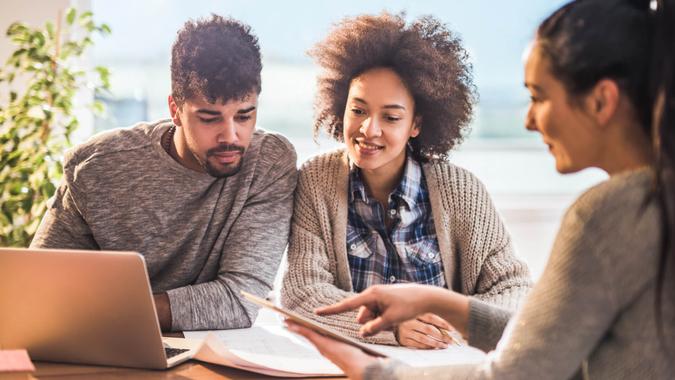 Early retirement is a dream for many Americans. After all, who doesn’t like the idea of enjoying life without the worry of having to report for work every day?

But, while the fantasy of early retirement sounds great, the reality can be difficult to achieve. If you retire early, you’ll need much more than a standard retirement nest egg to fund the extra years that you will be retired and not working.

As many analysts put a “standard” retirement nest egg at $1 million or more, this means you may need $2 million or more to fund a long, early retirement. Here’s how much you’ll likely need to have saved if you want to retire early, and how you can go about reaching those amounts.

If you plan to retire by age 40, you’ll need significant savings to fund your full retirement. According to IRS tables, the average life expectancy for a 40-year-old is 45.7 more years. Rounding up to 46 years, this means that if you plan to spend a relatively modest $40,000 per year on all of your expenses in retirement, you’ll need at least $1.84 million by the time you retire.

Starting at age 20, that means you’d need to save at least $92,000 per year. Of course, if you save diligently and invest your money, earning 7% to 10% returns per year, then you won’t need to sock away such a large sum annually. However, it’s clear that you’ll need to put away a significant amount of money every year even with a successful investment strategy — and even more if you intend to spend more than $40,000 every year of your retirement.

Things get a bit easier if you intend to retire at age 50, but you’ll still have to work hard to get there. At age 50, the IRS expects you to live 36.2 more years. Using the same example, if your average expenses are $40,000, you’ll want at least $1.448 million by the time you retire.

Beginning at age 20, that averages to savings of $48,266 per year, which seems much more manageable. Still, if you live a lifestyle in which you spend $40,000 per year, that means you’ll need to clear at least $88,266 after taxes every year, unless you have supplemental sources of income. This is why it’s important to begin an aggressive savings and investment campaign at a young age if you want to make your retirement goal feasible.

Strategies To Save More Money Early

The massive amount of money you’ll need to fund a very long retirement doesn’t come easily, and it usually can’t be reached simply through saving a salary. But if you start early enough, funnel enough money into various investments and make some lifestyle modifications, you may be able to achieve your goal of early retirement. Here are some important steps to take.

Your 401(k) plan is one of the most important tools you can use to grow your money rapidly for an early retirement. For tax year 2022, you can contribute up to $20,500 to a 401(k) plan. On top of that, your employer is likely to offer a matching contribution. Combined, all employer and employee contributions to your account could reach as high as $61,000 for tax year 2022.

This is a considerable amount you can save in a tax-deferred account that offers access to investments, like a 401(k). Of course, to contribute those types of numbers to your 401(k) you’ll need to earn a high income to begin with; but, whatever you earn, you should make the effort to maximize your 401(k) contributions.

Salary and wages alone are usually not enough to get you where you need to be for an early retirement. In addition to saving and investing as much as you can, you should take care to invest all “found money” rather than spending it. “Found money” comes in the form of tax refunds, inheritances, year-end bonuses and other payouts that aren’t simply ordinary income.

More Advice: 6 Steps To Take Now To Retire by Age 50

If you’re planning to enjoy your long retirement, you’ll have to make some large sacrifices along the way. Depending on your lifestyle, this could mean cutting out everything from extravagant nights with friends to overseas travel to living in an expensive part of town. But, if you have your eye on the prize of an early retirement, these are the types of choices you’ll have to face.

Many early retirees endorse a strategy of building multiple streams of passive income to help bolster their long-term savings. By starting at a young age, you may be able to own a number of rental income properties, for example, or develop another recurring revenue stream such as royalties or residuals.

By having ongoing streams of revenue, you won’t have to save as much for your retirement nest egg, as your expenses will be covered by these investments.