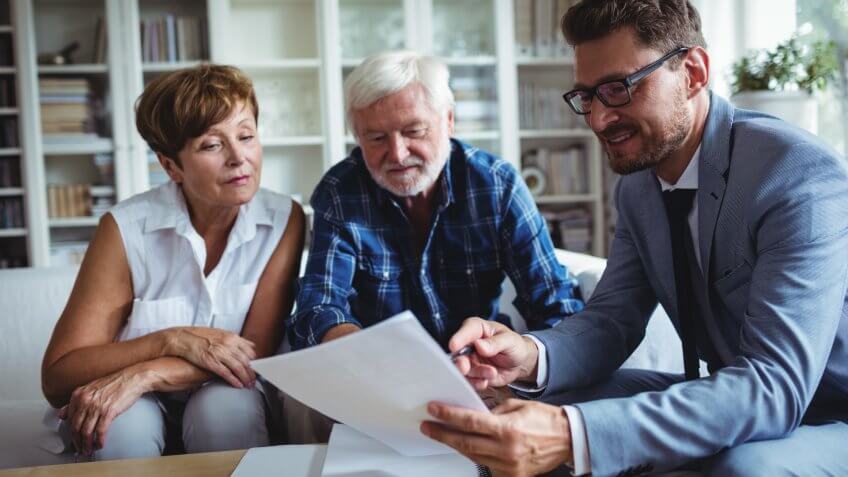 America’s inflation rate is 2.1 percent so far in 2017, and it has been below 2 percent since 2013. But before you celebrate persistently low prices, consider this: Although inflation is often seen as a distasteful medicine, consumers need to stomach a small dose of it to keep the economy healthy.

It might seem counterintuitive, but low inflation rates can stymie economic growth because consumers tend to put off purchases, thinking prices will remain the same or even dip. And depressions and recessions actually trigger deflation. History shows us inflation can’t be banished to the basement forever in an expanding economy. In fact, the annual inflation rate has climbed as high as 5.4 percent in the last 30 years.

Inflation means that over time, a dollar loses some of its value. Most financial professionals counsel clients to plan for inflation of at least 3 percent a year when considering the best way to save for retirement. Here are 10 points to consider when protecting your portfolio from the inevitable effects of inflation. 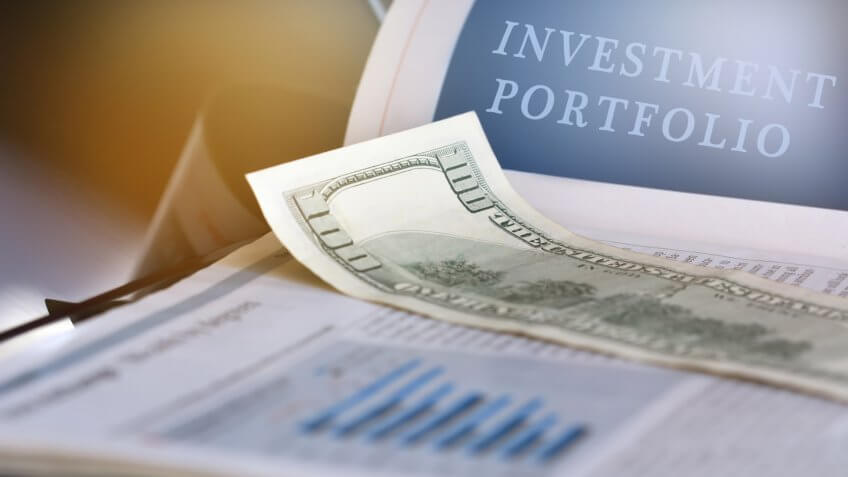 Retirees aren’t going to be able to rely on low-return savings accounts to keep up with inflation, says Kate Stalter, co-owner and senior financial advisor at the financial management firm Better Money Decisions.

“There is one strategy to protect your savings from the effects of inflation: invest,” she said. “Particularly in stocks. Sticking your cash under the mattress or leaving it in the bank will have the opposite effect. That will cause you to lose spending power.”

That’s not to say you should invest your retirement fund exclusively in small-cap stocks.

“Almost nobody has a 90-year time frame for investing, so you want to be diversified since asset classes perform differently at different times,” Stalter said. “However, you see the value in being invested to stay ahead of inflation. Keeping the money in cash has exactly the opposite effect.”

Use These Tools: 8 Online Investments That Make Portfolio Diversification Easier 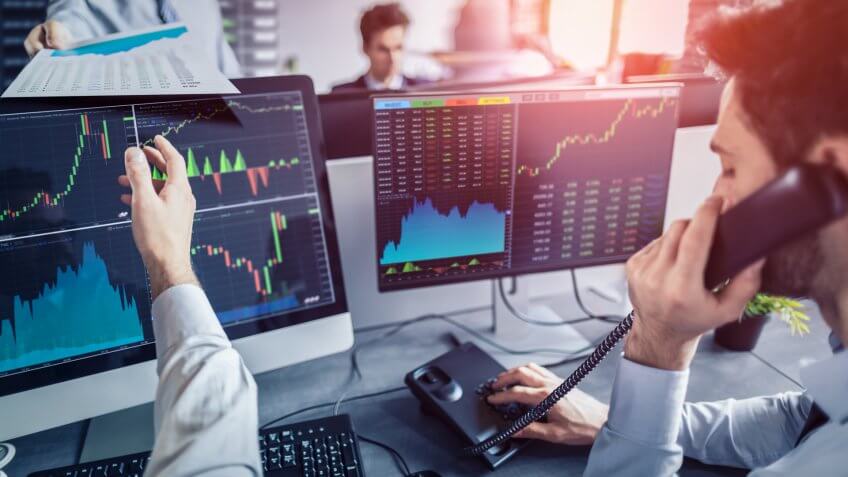 Given people’s longer life spans, it probably makes sense to leave more money in the market even after retirement. The old rule of thumb recommended retirees only keep around 30 percent to 40 percent of their assets in stocks. But Timothy Wiedman, a retired Doane College (now Doane University) professor who holds a certificate in financial planning, has flipped the ratio for his personal portfolio. He keeps about one-third in fixed income, cash and near-cash vehicles and the rest in stocks, mostly through low-cost index mutual funds. Learn what you need to know about investing in mutual funds.

“Some might think that having so much invested in stock mutual funds might be risky, but given the long lifetimes that today’s retirees might well anticipate, I believe the ups and downs of the stock market will take care of themselves over time,” said Wiedman, who taught courses in investing and retirement planning, among others. “Thus, I feel confident saying that a widely diversified investment in the stock market is very likely to outpace inflation over the long run. And the easiest way to achieve that wide stock market diversification is through low-cost, broadly based index mutual funds.” 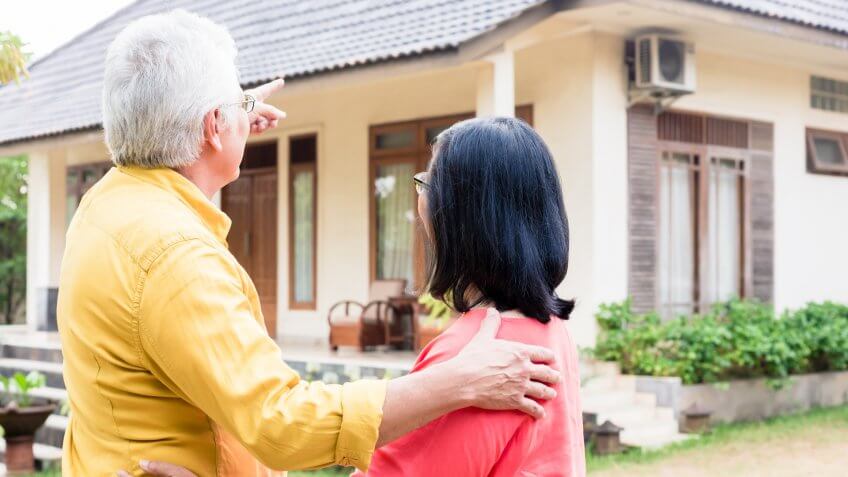 This financial tool lets homeowners age 62 and older tap some of the equity in their homes as needed, up to a set limit, without having to pay a monthly mortgage or move out. It also does not have a time limit and does not require borrowers to make interest payments. But if they tap their existing equity, homeowners are still responsible for paying property taxes, homeowner’s insurance and home maintenance costs. Repayment responsibilities don’t kick in until the last borrower on the mortgage leaves the home. Another advantage is that the line of credit grows at current expected interest rates, said Frank Remund, a financial advisor with Springwater Wealth Management.

“Don’t use the money to begin with,” he said. “But, if inflation happens, the line grows at a variable rate which will be more if inflation rears its ugly head.”

However, it’s worth noting the same goes for the portion of equity you pull from your home, which leads to higher payments down the road. Remund recommends keeping the line of credit untapped for as long as possible. 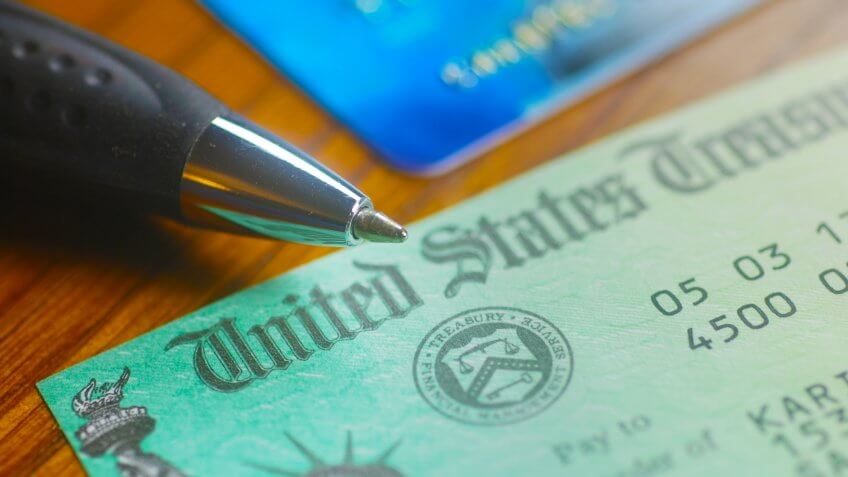 4. Hold Off on Social Security

Remund also recommends waiting to collect your Social Security benefits. For most, full retirement age is somewhere between 66 and 67. But for every year beyond full retirement that you delay collecting checks (up until age 70), your benefits grow. The annual increase is 8 percent for people born in 1943 or later. Social Security recipients also receive an annual cost of living increase that’s tied to upward changes in the Consumer Price Index. So a bigger monthly check will also mean bigger cost of living increases when you do start collecting benefits. One thing is for sure: Your retirement age greatly impacts your Social Security benefits. 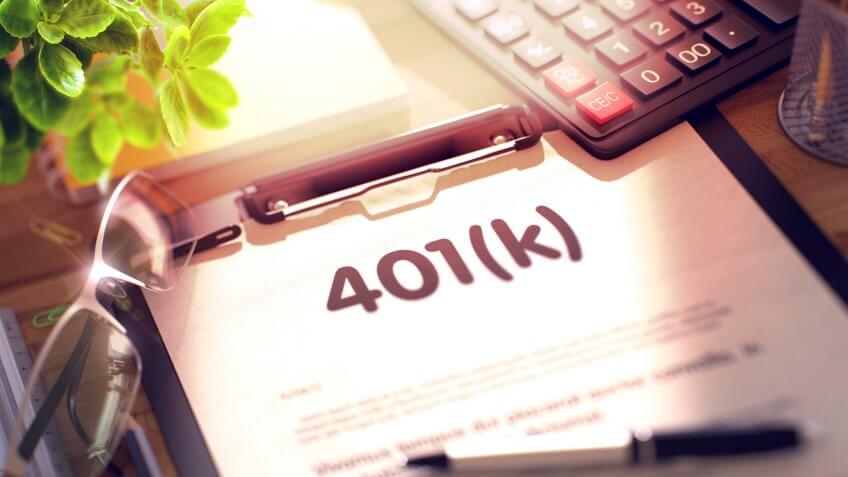 5. Don’t Depend Exclusively on Your IRA or 401k

According to the Federal Reserve’s most recent Survey of Consumer Finances, working households where workers were nearing retirement age had a median combined 401k/individual retirement account balance of $135,000 in 2016, when they had 401ks at all. A retirement account with that balance would pay out about $600 a month in retirement, says Pamela Yellen, author of books including “The Bank on Yourself Revolution: Fire Your Banker, Bypass Wall Street, and Take Control of Your Own Financial Future.”

Related: Cities Where Your $150,000 Nest Egg Will Stretch the Furthest

“That $600 a month is not indexed for inflation, so its purchasing power will decline over time,” Yellen said. “And that $600 a month is likely to be the only source of income people will have to supplement Social Security because the typical household has virtually no other savings outside of its 401k and IRAs.”

About half of households nearing retirement don’t have any 401k assets. What’s more, average 401k balances for many younger workers declined between 2013 and 2016, said Yellen, who advocates investing in dividend-paying whole life insurance policies when saving for retirement.

“The reasons cited for such poor performance [for 401k growth] include persistently high fees and ‘leakages’ that occur from cash-outs at the time of a job change,” Yellen said. 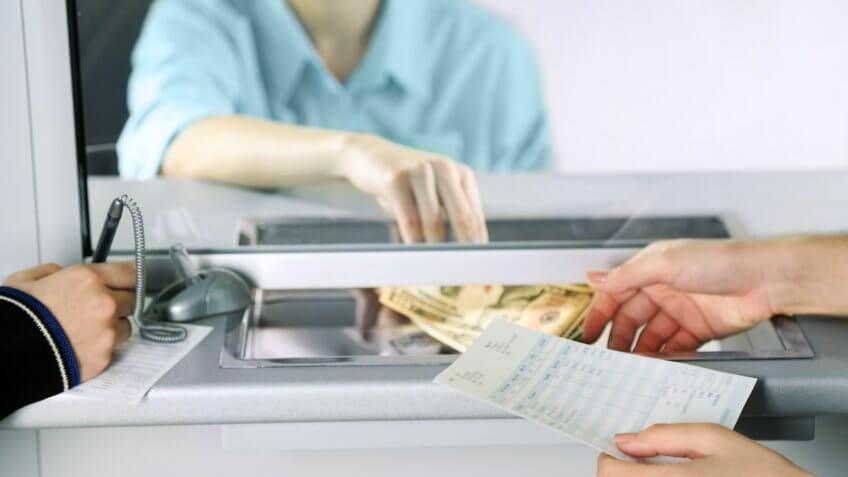 A relatively modest 3 percent inflation rate will cut a retiree’s purchasing power roughly in half over 23 years of retirement. That means people who want to outsmart inflation need to continue nurturing their nest eggs even while they’re withdrawing living expenses, says Ken Moraif, senior advisor at Money Matters, a wealth management and investment firm. If retirees are taking more than 4 percent of their retirement portfolio on an annual basis, they need to analyze their reasons. Are they running into unusual or non-recurring expenses or just spending more than they should? Their answers will determine what adjustments they need to make to keep withdrawals in the 4 percent range.

A separate GOBankingRates study determined how much money retirees needed to survive retirement in each state, assuming a 4 percent withdrawal rate.

“It is our view that traditional investments, properly managed, and expenses, properly controlled, are all you need,” he said.

Still, keeping most of their cash in savings accounts and certificates of deposit isn’t ideal for retirees who may need their nest eggs to last for decades.

“‘Safe’ investments like cash and bank deposits are very risky long-term,” Moraif said. “They guarantee that you will lose money when adjusted for inflation. The loss is so gradual that you don’t feel it so much, but it’s there.” 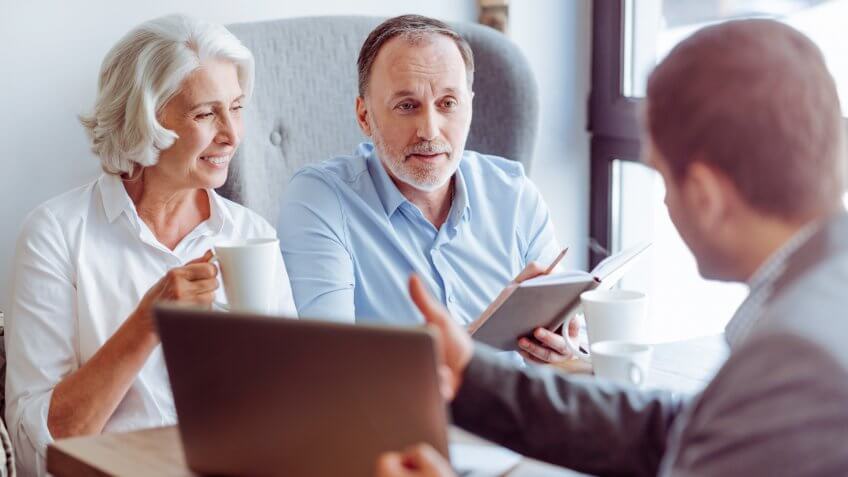 An annuity is an insurance product that pays out income on a set schedule or in a lump sum payment. While they don’t offer astronomical rates of return, annuities allow investors to set up guaranteed payments that will last a specific length of time or for life, making them attractive options for many aspiring retirees.

Investors should consider costs and what they’re expecting from annuities when selecting from their wide variety of options, says Jake Serfas, lead financial strategist at O’Dell, Winkfield, Roseman & Shipp. For instance, fixed annuities tend to carry lower fees and promise guaranteed payments. Some fixed annuities are also indexed to inflation. While they typically offer lower initial payments than other fixed payout annuities, the periodic payments increase along with inflation. By comparison, variable annuities tend to have higher fees, and payouts are determined by the annuities’ underlying investments. So investors should consider how long they might receive regular payments and whether they’d rather have one guaranteed amount, payouts tied to inflation or variable payouts based on an annuity’s investments.

“Annuities are like cars — you can design and build them to do just about anything you want them to do,” Serfas said. “An annuity is personalized for each individual as to what percentage of their assets they want used to create a guaranteed paycheck and what percentage they want to keep in the market to pursue greater opportunity and rates of return.”

Tailored to Your Needs: The 5 Best Annuities for Your Financial Plan 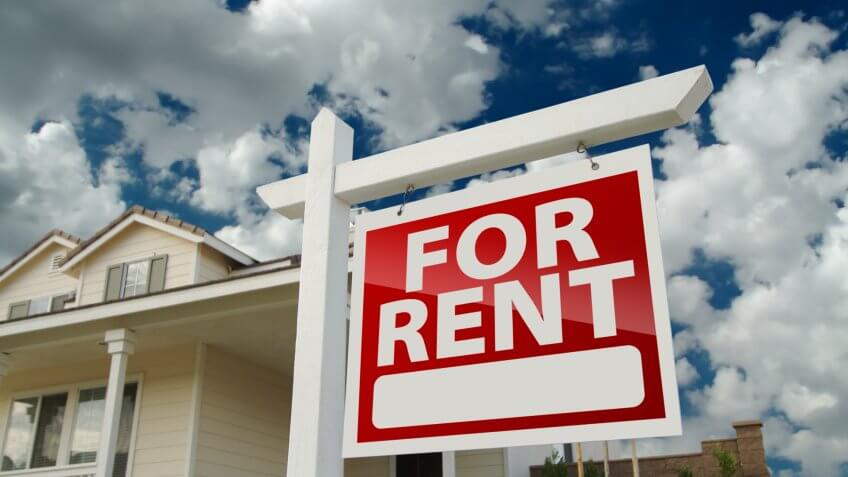 Another way to diversify your portfolio and help insulate it against inflation is a real estate investment trust. REITs, which own and manage property, offer a transparent way to invest in real estate and are more adaptable to inflationary environments than other options, says Megan Gorman, founder and managing partner of Chequers Financial Management.

“The reason: They have the ability to raise rents in an inflationary environment, thus impacting the income stream,” said Gorman, who suggests investors consider devoting a small percentage of their overall portfolio to REITs. “In comparison, bonds do not have that flexibility.” 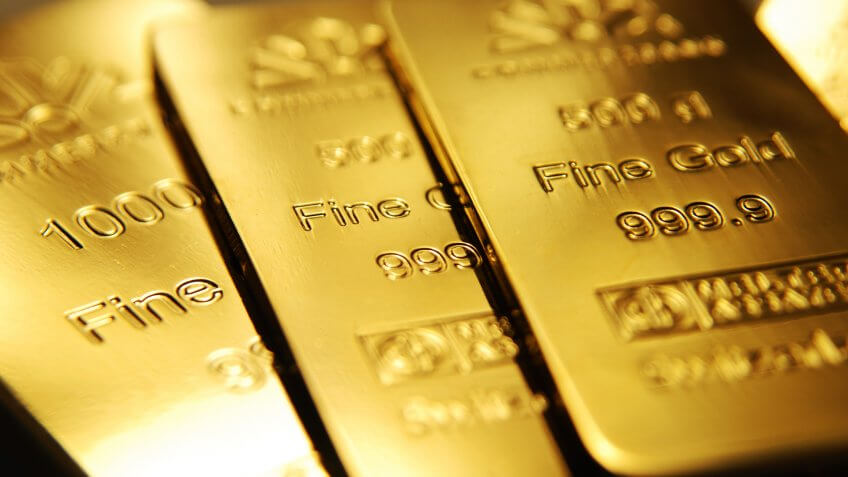 Some investors might want to put money in metals, says Bill Stack, owner of Stack Financial Services. Certain investors include gold and other precious metals in their portfolios because they are physical assets that some see as a way to offset the risk of a sell-off in stocks or other equities.

“There are no ongoing expenses to owning gold and silver, unlike other investments, but a downside is needing a safe place to store it,” said Stack, author of “The 7.0% Solution: Guaranteed Growth in a 0.7% World.”

Some buyers store their precious metals at home while others elect to keep coins and other metals in bank safe deposit boxes or at third-party depositories for a small fee. Clients who don’t have a stomach for speculation and volatility might want to stay away from investing in precious metals, some financial advisors say. For instance, gold prices recently dipped to their lowest level in nearly five months. Still, there are a variety of different ways to invest in gold and mitigate some risk. 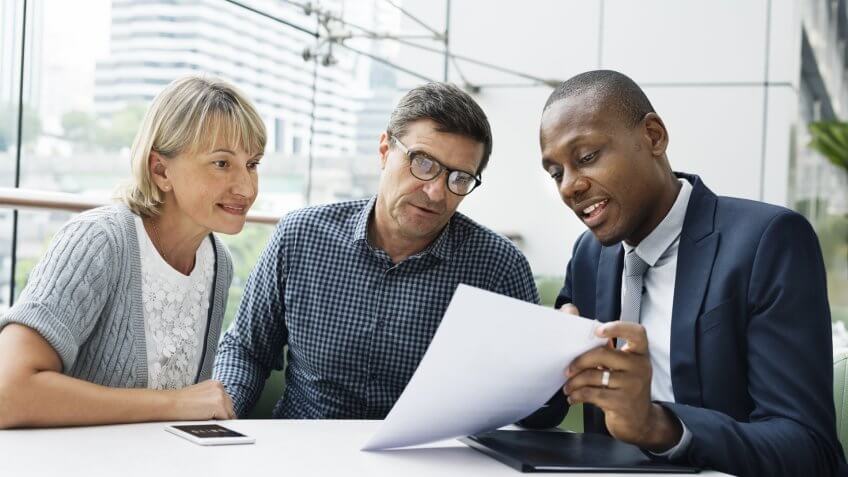 There’s more than one way to insulate your nest egg against inflation, and one person’s golden egg might not be another’s. People should estimate their specific retirement income and expenses, examine their investment preferences and consult with a financial professional who can suggest solutions tailored to their needs, says David Meche of David N. Meche & Associates.

“That man or woman can help you to identify and prioritize your income needs,” he said. “For most retiring and retired people, they have to evaluate their decisions and the trade-offs that apply to their situation. You want to plan for the retirement needs you can expect and you want the protection and flexibility to meet things that change, like inflation.”

Up Next: How to Find a Financial Advisor 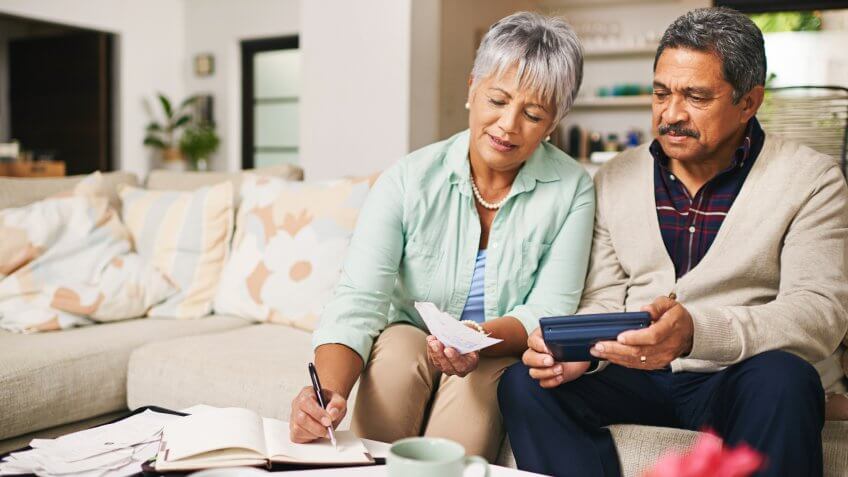 17 Clever Ways to Save More for Retirement

Save money now so you can retire on time.