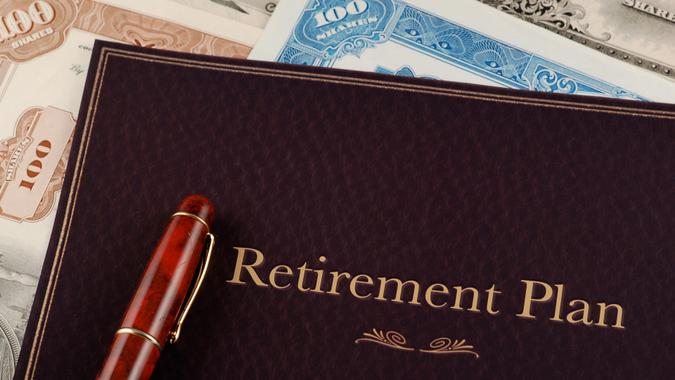 Financial fees tied to your retirement accounts might seem small at first glance, but if you build up enough over time, they can cost you thousands of dollars. That’s been the case with many Americans who transferred their 401(k) plans to individual retirement accounts through IRA rollovers, according to a new study from The Pew Charitable Trusts.

The study, published on Thursday, found that investors rolled over $516.7 billion from workplace retirement plans into IRAs in 2018, the most recent year data are available. Pew estimates that workers who rolled money into IRAs in 2018 would have collectively paid $45.5 billion in extra fees over 25 years.

“Thousands of dollars in savings can be lost over time because of what may seem like modest differences in fees between funds or between types of shares within a fund,” the report said.

The reason has to do with the nature of mutual funds, which charge different fees depending on the type of investor. As Pew pointed out, shares held by individual “retail” investors pay much higher fees than institutional investors because the latter can leverage their purchasing power.

An analysis of fee differences shows that the routine shifting of billions of dollars each year from 401(k)s into IRAs — in which individuals frequently purchase retail shares — can translate into “significantly higher costs for retail investors….that can eat into their long-term savings significantly,” the report said.

A typical “hybrid” fund (which holds both stocks and bonds) in a 401(k) plan is 0.19 percentage points cheaper than the same fund available to IRA investors, the Pew study found. That looks like a tiny difference on the surface, but over time it can add up to a big pile of money.

A separate Pew survey from 2021 found that 46% of recent retirees rolled at least some of their workplace retirement funds into an IRA, CNBC reported, and 16% of those nearing retirement plan to do so. Some rollovers aren’t optional, either: About 15% of 401(k) plans don’t allow workers to retain funds in the plan when they retire, according to the Plan Sponsor Council of America.

Before rolling over your retirement funds into an IRA, there are things you should consider to protect your investments. For one thing, it might be better to just leave your money in your 401(k) if that is an option — especially if you’re happy with its performance. Just keep in mind that your investment options in a 401(k) are limited to those selected by your employer and plan administrator. You’ll typically have more choices with an IRA.

POLL: Do You Think You Will Be Able To Retire at Age 65?
Discover: 10 States That Receive the Most Social Security

You should also be aware that IRA fees aren’t always higher than those in a 401(k). If you decide to roll your account over into an IRA, look for funds with equal or lower expenses relative to your 401(k) funds.