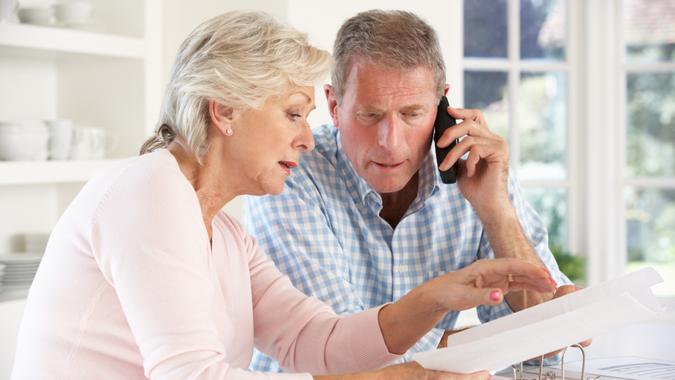 Sixty-six percent of Americans are stressed out by the cost of healthcare, an October 2020 survey by the American Psychological Association found. This mental strain likely doesn’t fade away with age — not when you consider the soaring costs of this basic human need. A new study from Fidelity found that heterosexual couples retiring today will need $300,000 to cover medical expenses; that’s an 88% rise since 2002. Let’s say that one more time: 88% more in less than 20 years.

See: How Much It Cost to Retire in the Year You Were Born
Find: Most and Least Expensive States for Retiree Healthcare Costs

Single people aren’t getting off any easier, and wouldn’t you know it, women are even more vulnerable to staggering costs. The Fidelity study determined that the 2021 retirement healthcare estimate is $143,000 for men and $157,000 for women.

These prices represent a surge of 30% over just the past decade alone. So, what gives? Why has the cost of insurance risen so astronomically in such a relatively short period of time?

This is a big and complicated question, but one short answer is that the U.S. healthcare system operates according to a “for profit” model, and increasingly at the consumer’s expense. A 2019 survey by the Kaiser Family Foundation found that between 1999 and 2019, average annual premiums for family coverage by employer-sponsored plans soared from $5,791 to $20,576.

See: Turn Your $50K Salary Into a $1M Retirement Fund
Find: Medicare and Medicaid — What They Are and How They Differ

Now you may be wondering, “But doesn’t Medicare handle the costs of healthcare after the age of 65?” To an extent, yes. But though traditional Medicare, which Fidelity noted is what most American couples are enrolled in, covers an array of expenses, including hospital stays, doctor visits, lab tests and physical therapy, there’s a lot that traditional Medicare does not cover, including most dentistry (as well as dentures), eye exams, hearing aids, acupuncture, routine foot care and, perhaps most significantly, long-term care.

At this time, there’s no real option for Americans retiring today to deal with healthcare costs other than to have saved up enough. They might pick up a side hustle to build out their nest egg. Younger folks might want to listen up because at this rate, healthcare costs in retirement will be a heck of a lot more than $300,000, so keep funding those individual retirement accounts, health savings accounts and 401(k)s. Additionally, if possible, meet with a financial advisor for a customized plan on how to live out your twilight years without going broke.