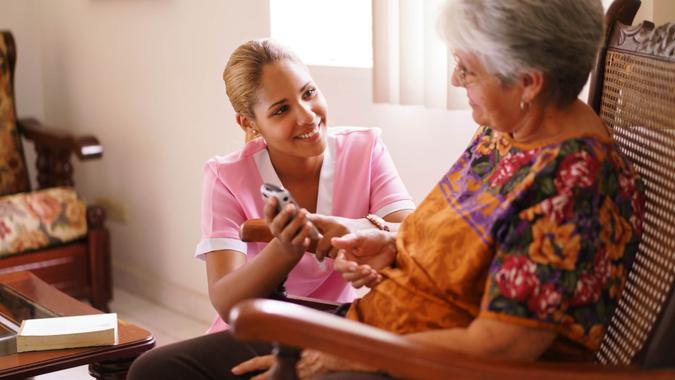 The COVID-19 pandemic has prompted more Americans to discuss end-of-life plans with close family members, but many still aren’t giving enough thought to their long-term care needs, according to a new study from Edward Jones.

See: 6 Important Things Many Americans Don’t Know About the Cost of Medicare
Find: 11 Social Security Mistakes That Can Cost You a Fortune

The study, released on Tuesday, was based on a survey of 2,020 U.S. adults conducted in August by The Harris Poll on behalf of Edward Jones and Age Wave. It found that the pandemic triggered about one-third of U.S. adults to have conversations about their end-of-life plans and preferences. For 44.5 million Americans, these were first-time discussions that involved topics such as finances, health and legal plans.

“It’s no surprise that the pandemic made Americans more acutely aware of the need for discussions around end-of-life planning,” Alison Carnie, a Certified Financial Planner and principal at Edward Jones, said in a press release. “We are encouraged that these tough conversations are happening more frequently, especially for individuals who did not have plans in place pre-pandemic.”

But many Americans still haven’t converted their plans into action, as only 19% of adults aged 50 and older have all three essential end-of-life documents in place: a will, a health care directive/living will and designated power of attorney.

The study also found that most Americans are ill-prepared for what could be a more pressing need: planning for the possibility of long-term care. More than half (51%) don’t have any long-term care plans in place, while one in 10 have arranged to live with a child or other close family member.

This is the case even though most seniors in the United States will need some level of long-term care. As GOBankingRates reported on Tuesday, about one quarter of 65 year-olds will eventually require “high intensity” care for three years or more, according to a study released last month by the Center for Retirement Research at Boston College. Another 38% will require a moderate amount of care for one to three years.