Retirement Planning: Financial Advisors Can Double Gains, So Why Don’t More People Use Them? 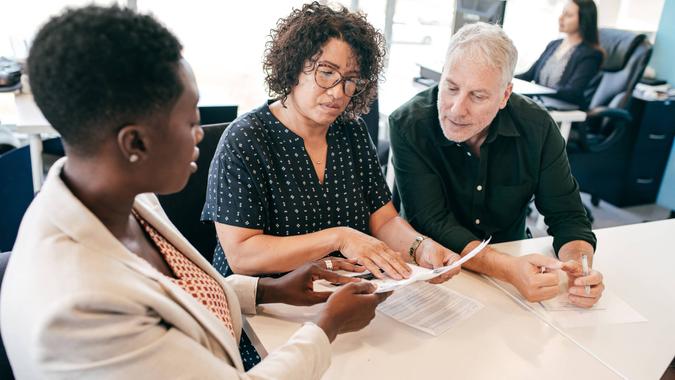 If there is one universal truth about money, it’s that people think they have a lot more financial expertise than they really do. Otherwise, you’d have a lot more millionaires and a lot fewer people struggling to make ends meet.

Hiring a financial advisor is one way to build more expertise — and more wealth. This is especially important in terms of building retirement savings, which many Americans don’t have nearly enough of.

A recent Vanguard study found that on average, a self-managed $500,000 will grow to $1.69 million in 25 years by following typical savings/investment rules, according to Money Talk News. However, with a financial advisor on board, that same $500,000 would grow to an average of $3.4 million.

A separate report from the National Association of Plan Advisors (NAPA), released a year ago, found that that only 30% of consumers have a paid financial advisor. Those most likely to hire an advisor either have incomes of $100,000 or more (55%) or are college graduates (41%). Men (35%) are also more likely than women (25%) to have a paid financial advisor, while baby boomers (36%) and millennials (31%) are more likely than Gen Zers (29%) and Gen Xers (24%).

The NAPA based its findings on a MagnifyMoney survey of more than 1,500 Americans. One thing the survey discovered is that many consumers are simply put off by the cost of hiring a financial advisor. For example, 42% of respondents said financial advisors are “only for wealthy people.” A similar percentage (45%) of those who don’t have a paid financial advisor think they cost much more than they actually do.

Meanwhile, one-quarter of respondents said they don’t need a financial advisor until they’re middle-aged. This was more common among younger folks, with 44% of Gen Zers saying that was the case.

The problem is, saving for retirement is a lifelong process that should begin in early adulthood. As Money Talk News noted, it’s great to have a 401(k), but you also need plenty of cash savings to properly prepare for retirement. Paying off your home provides another substantial financial boost heading into retirement, but it won’t mean much if you’ve built up a lot of consumer debt that needs to be paid off.

One big advantage of hiring a financial advisor is that they can help clients navigate the various economic ups and downs on the road to retirement that go beyond just recommending certain investments. This is especially beneficial in times of economic uncertainty and rising interest rates — like now.

“Financial advisors can help educate you on debt management strategies and develop a plan in times of rising rates,” Andrew Crowell, vice chairman of Wealth Management at D.A. Davidson, told GOBankingRates in an email. “It is critical for advisors to engage in these broader, non-investment related discussions with their clients. Investment selection and asset allocation are just one dimension of an individual’s comprehensive financial needs.”