Retirement Savings: One in Five Self-Employed Workers Are Not Saving for Retirement — Why They Need To Start Now 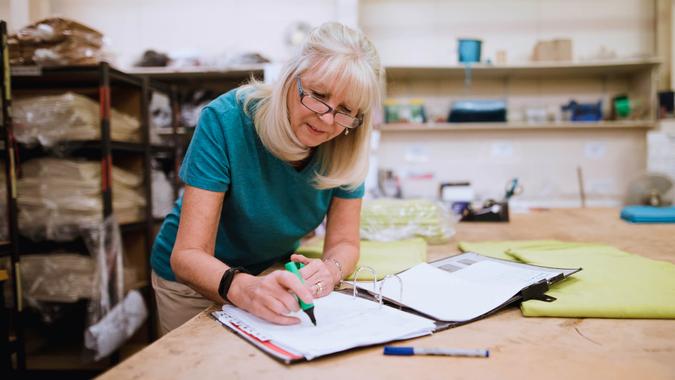 One of the biggest challenges of being self-employed is saving money for retirement. Unlike employees at most companies, self-employed workers don’t have the option of contributing to company-sponsored retirement plans such as 401(k)s. Instead, you need to open your own retirement accounts and discipline yourself to contribute to them regularly.

See: 6 Signs You Can’t Afford To Retire
Find: Best Cities To Retire on a Budget of $1,500 a Month

Yet one in five self employed workers are not saving for retirement at all, according to a new survey from the nonprofit Transamerica Center for Retirement Studies in collaboration with Transamerica Institute.

The survey, released on June 28, found that 68% of self-employed workers are saving for retirement and started doing so at a median age of 29. However, many are not saving consistently. About one-third (34%) said they only save for retirement from time to time, and 20% said say they never save for retirement.

Among those who are currently saving, 79% are doing so in one or more types of tax-advantaged retirement accounts, with a traditional or Roth IRA being the most common (44%). Relatively few are saving in tax-advantaged accounts designed for sole proprietors and small businesses, such as Solo 401(k)s, SIMPLE IRAs and SEP IRAs.

The COVID-19 pandemic put many self-employed workers behind on their retirement savings plans. More than one-third of the self-employed (34%) said their financial situation worsened during the pandemic, with a similar percentage saying they were unemployed at some point during COVID. Nearly one-fifth (17%) now expect to retire later due to the pandemic. Of those, 63% expect to retire after age 65 or don’t plan to retire at all.

Only 26% of self-employed workers have a financial strategy for retirement in the form of a written plan, according to the survey. Less than half (43%) have a backup plan for income if forced into retirement sooner than expected. Just three in 10 use a professional financial advisor. The median estimated retirement savings of self-employed workers is only $42,000 — even though more than half (57%) are either Gen Xers or baby boomers.

Despite the challenges of saving for retirement when you are self-employed, it’s something you should start doing immediately, said Catherine Collinson, CEO and president of Transamerica Institute and TCRS.

“Retirement planning is especially important for the self-employed,” Collinson said in a press release. “While working beyond traditional retirement age can bring income and opportunities to save, planning not to retire is not a retirement strategy.”