If you have a pension plan through your employer or are considering taking a job that offers one, it’s important to understand how they work. A pension provides income to retirees. It might supplement Social Security, or it might replace it, in the case of some government employees. Unlike a 401(k) or IRA, a pension is funded by the employer.

Pension plans were once a staple of American employee benefits — according to the Employee Benefit Research Institute, 46% of private sector workers in the U.S. were covered by a pension plan in 1980. By 2006, this number had dropped to 20%. Employer-funded pensions have largely been replaced by employee-funded 401(k) plans.

A pension plan might be offered by a private employer, such as a corporation, or by a public employer, like a government agency. Public employers are more likely than private ones to offer pensions. According to the Bureau of Labor Statistics, 75% of state and local government workers participated in a defined benefit pension plan in 2016.

In this guide, learn what you need to know about pension plans and how they compare with other retirement plans:

What Is a Pension Plan and How Does It Work?

A traditional pension plan is sometimes called a defined benefit plan. It’s a retirement account that is sponsored and funded by an employer for their employees, and it’s designed to replace a percentage of the employee’s income once they retire.

It’s called a defined benefit plan because the benefit, or the amount of money you will receive, is a predefined number based on your salary at retirement, your age and the number of years you worked at the company. Once you retire, you will continue to collect a pension check every month.

Advantages and Disadvantages of Pensions

Pension plans are advantageous to workers for two main reasons. First, the employer, not the employee, makes the contributions to the plan. But a job with a pension might pay less than a job without one for this very reason. Second, a defined benefit pension pays out for the employee’s lifetime, so you don’t have to worry about outliving your money.

The disadvantage to a pension is that it’s dependent on your employer’s ability to pay it. If a company goes bankrupt, it might not be able to pay its pension obligations, and those employees who were depending on that pension might have no other retirement savings.

Pensions can be paid in two different ways: A lump sum or an annuity. A lump sum payment is a single payment you get when you walk out the door on your last day of work. It’s up to you to decide how to invest and spend that money so it lasts the rest of your life.

Some pensions offer a spousal benefit for a surviving spouse. If you select this option, your spouse might get a percentage of your pension after you die.

If your employer made the contributions to your pension plan, as is usually the case, then your payments will be taxable. You can arrange to have taxes withheld from your pension check like you do from your paycheck.

Pensions are a way of encouraging employees to stay at the company for many years. For this reason, employees’ pension benefits vest over a period of years. If you’re 100% vested, it means you own all of your plan and will receive your full pension when you retire. If you leave the company after just two years, for example, you might be only 40% vested and so will receive 40% of your pension amount.

There are two kinds of vesting:

Check Out: Best and Worst States for Pensions

With a pension, your employer decides how much they will contribute and how those contributions will be invested. If you leave the company, you might only get part of your pension.

To answer the question, “Is a pension better than a 401(k)?” ask yourself what kind of saver and investor you are. If you know you’ll contribute the maximum amount possible to your 401(k) and will invest it wisely, and you think you might change jobs a time or two before retirement, you might find a 401(k) has the flexibility you want. If you know you don’t save or invest conscientiously, and you think you’ll retire from your current company, you might want the pension.

Will a Pension Affect Social Security?

If you don’t have a pension plan, there are other ways to save money for your retirement, and they have some advantages over a pension.

How To Maximize a Pension Plan

“Survivor benefits within a pension are an incredibly powerful financial planning tool, especially when there is a high probability that the spouse will outlive the pensioner by an extended period of time,” said Greg Klingler, CFP and director of GEBA Wealth Management. “This is likely to happen if a spouse is in substantially better health or is substantially younger than the pensioner. However, this tool can be an expensive one, reducing the pension by upwards of 10% for what can be the life of the pensioner — I have seen a reduction that would equate to a total of more than $300K over a 30 year period.”

“The weakness of most survivor benefits is when there is not a high chance that the pension will benefit the survivor for a lengthy period of time,” said Klingler. “In the case that the spouse passes away around the same time or before the pensioner, all of the reductions in pensions are lost. It is in situations like this where people in good health can benefit from purchasing life insurance instead of signing up for a survivor benefit because the beneficiary of life insurance can be changed at any time — all your hard-earned money will go to someone that you care about.”

See: Jobs That Still Come With a Pension 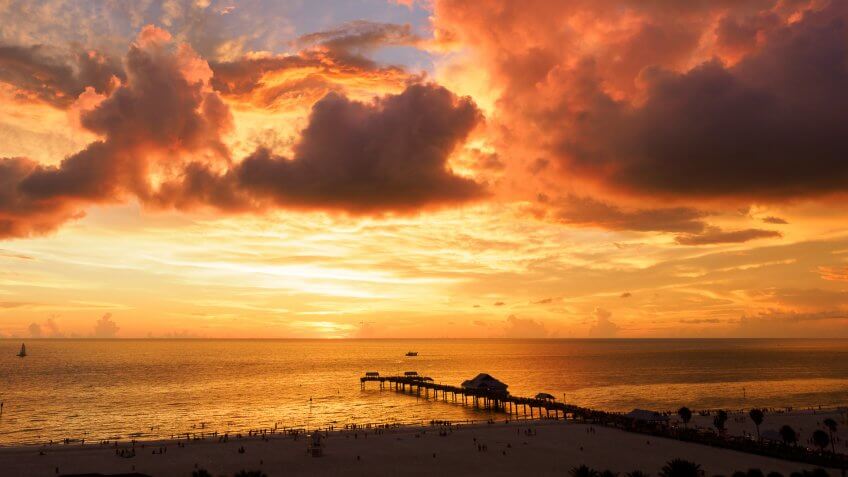 Most Affordable Places to Retire Near the Beach

Explore these cheap places to retire by the beach.

GOBankingRates > Retirement > Planning > What Is a Pension Plan and How Do They Really Work?