You Retired Early: Now What? 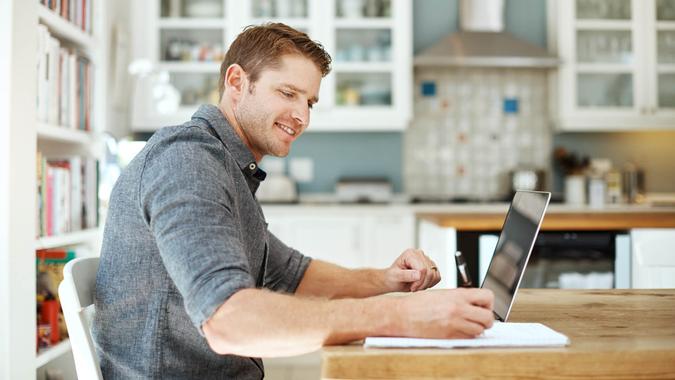 For many, retiring early isn’t just a pipe dream — it’s a goal they’re actively pursuing. Nearly half of Americans have plans to retire before the age of 62.

Social Security Payment Schedule 2022: What Dates To Watch Out For
See: The Minimum Salary You Need To Be Happy in Every State

But what are the financial implications of retiring early? And what can early retirees do to maintain financial stability? To answer these questions, GOBankingRates asked the experts for advice.

Charisse Mackenzie, president of Saturn Wealth, recommends that early retirees set themselves up for success by setting a practical budget for their needs.

“Make sure that you have done income planning, factoring in taxes and inflation to ensure you won’t run out of money and have to go back to work in your senior years,” she said. “Plus, people tend to spend more money when they suddenly have more free time to fill, so account for that as well.”

Mark Gardner, president of Retire Well Dallas, agrees and said it’s wise to have a secure source of stable income. If pensions, Social Security and investment interest and dividends aren’t enough, consider other income sources, such as rental investing, royalties from intellectual property, profit from owned businesses or even part-time consulting or freelancing.

“A priority must be placed on secure income,” he said. “Should you decide to retire in your 50s or early 60s, look to maintain approximately 75% of your average monthly income. You can get by with less if you have other sources of income.”

Be Careful of Early Withdrawal Penalties on Retirement Accounts

If you plan to rely on your IRA, be aware that the IRS charges a 10% tax penalty on withdrawals you make before the age of 59 ½ (unless it’s to pay medical insurance premiums after a job loss). On top of that penalty, you will need to pay any applicable federal and state income tax on the withdrawal.

That’s why early retirees who have Roth IRAs should pull from there first.

“If you have a Roth IRA, you can take withdrawals up to the amount you initially contributed without penalty,” Gardner said. “Therefore, you do not pay income tax or a penalty until your total withdrawals exceed your contributions. Certain exceptions may apply if you rolled over amounts from a traditional retirement plan to your Roth IRA.”

Mackenzie warns against relying too heavily on your IRAs, though. Stunting your IRA’s growth will make it harder to make your savings last for your entire retirement.

“Your investments won’t have enough time to grow,” she said. “And if you are needing to draw from those accounts, they may dwindle down sooner than if you delayed retirement.”

Retiring early can be financially challenging, Gardner said, but many do so successfully by learning to cut back on regular expenses.

For example, downsizing your home can help you cut back on one of the biggest long-term expenses.

“Housing can consume more than one-fourth of the average household’s budget,” Gardner said. “Downsizing one’s home, renting part of it, refinancing to a shorter-term mortgage to save on interest, selling one’s house, and creating a savings instrument with the net can significantly change your early retirement equation.”

Next, consider lower-cost alternatives to some short-term expenses, such as transportation. Gardner recommends using public transportation and rentals whenever possible. When traveling abroad, consider countries like Chile, Argentina and India, where the U.S. dollar is worth more.

Choose a State with Senior-Friendly Taxes

Next, consider carefully where you want to settle down in retirement. Many retirees want to live close to family, but before making that decision, research that state’s tax burden.

“Where you choose to live is deeply intertwined with how you can live after work,” Gardner said. “States that do not levy income tax can create savings for early retirees facing an extra decade or more of making their nest egg last. But even a less than total reduction of taxes can help keep more money in place for longer, including sales tax and property tax.”

States that don’t have state-level income tax include:

Realize, though, that New Hampshire places a 5% tax on interest and dividends — including from retirement accounts — for those whose annual income exceeds $2,400. The government will phase out that tax starting in 2024.

Jenny Rose Spaudo is content strategist and copywriter specializing in personal and business finance, investing, real estate, and PropTech. Her clients include Edward Jones, Flyhomes, PropStream, and Real Estate Accounting Co. As a journalist, her work has appeared in Business Insider, GOBankingRates, Movieguide®, and various smaller publications. She’s also ghostwritten a book and hundreds of articles for CEOs and thought leaders. Before going freelance, Jenny Rose was the online news director for Charisma Media, where she oversaw three online magazines, hosted a daily news podcast, and managed the editorial content for the company’s robust podcast network. In 2014, she graduated summa cum laude from Stetson University with bachelor’s degrees in Communication & Media Studies and Spanish. During her college career, she won two awards for her research and was named “Top Senior” in both her majors. Find her at jennyrosespaudo.com and connect with her on LinkedIn.
Learn More