Retirement: Medicare Part B Will Rise 14.5% Next Year — More Than Double the Estimate 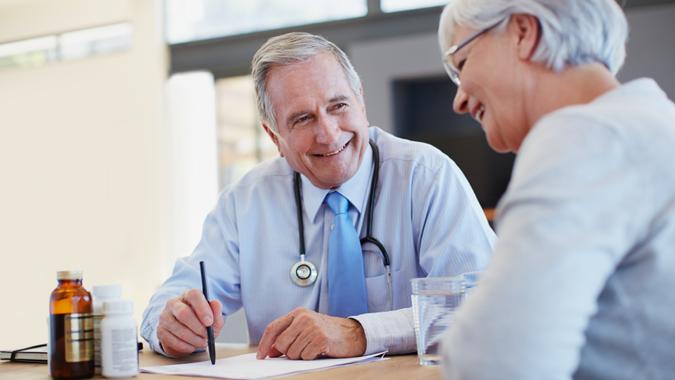 Seniors who are already struggling to pay for healthcare costs got more grim news last week when reports surfaced that the standard premium for Medicare’s outpatient care coverage will rise by 14.5% for 2022.

See: Medicare Penalty — Sign Up Before You Turn 65 to Avoid Late Enrollment Charges
Find: Should You Refinance Now With the Low Mortgage Rates?

That increase is more than double the earlier estimate of 6.7%, CNBC reported on Friday, citing comments from a senior official for the Centers for Medicare & Medicaid Services. The premium for Part B, which covers outpatient care, will rise to $170.10 in 2022 from $148.50 this year. Medicare trustees had estimated that the premium would only rise to $158.50 next year.

Part of the reason for the higher-than-expected Part B increase is that inflation is pushing prices higher across all sectors of the economy. Other factors include a rise in the use of healthcare services during the COVID-19 pandemic and a move by Congress to limit the increase in the 2021 Part B premium.

See: What Should Americans Expect With Inflation in the Coming Months and Years?
Find: From Healthcare to Groceries — Brilliant Ways Seniors Can Save Money

The higher prices will bring no joy to the millions of seniors who have a hard enough time paying for healthcare as it is. As GOBankingRates recently reported, a new MedicareGuide.com survey of U.S. adults age 65 and older found that 27% of respondents have less than $500 in savings to pay for medical bills. About one-quarter carry medical debt, while more than one-third said they found it either difficult or very difficult to pay for health care.

An earlier GOBankingRates article, citing a survey from The Commonwealth Fund, reported that about one-fifth of Americans 65 and older had out-of-pocket health costs over $2,000 — roughly 7% of their income — last year. Many seniors have opted to delay or go without healthcare to avoid costs.

Seniors who are struggling to pay for healthcare do have a few options to relieve the financial stress — including finding Medicare options that cost less. This is a good time to do so, with Medicare’s current open enrollment ending on Dec. 7. The enrollment period lets seniors add or change their coverage, with any changes going into on effect Jan. 1, 2022.

Beneficiaries who only have basic Medicare Part A and Part B coverage might benefit from switching to a Medicare Advantage plan offered by private insurance companies. Advantage plans typically feature out-of-pocket maximums and include prescription drug coverage as well as extras like dental, vision and hearing.