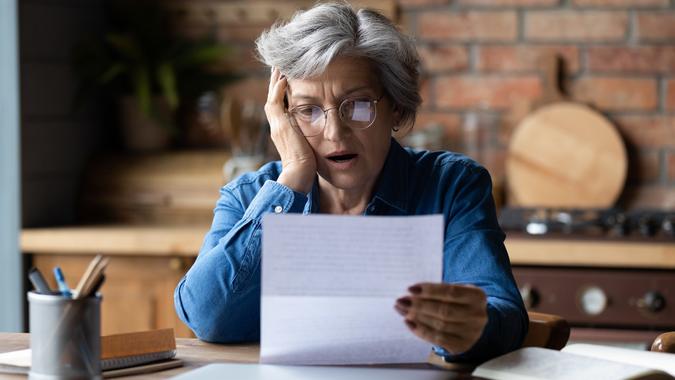 Social Security beneficiaries could see the biggest cost-of-living adjustment (COLA) in over a decade thanks to inflation. Due to rising prices, COLA could be in the 5.5% to 6.0% range, said David Certner, legislative counsel and director of legislative policy for government affairs at AARP.

“With one third of the data needed to calculate the COLA already in, it increasingly appears that the COLA for 2022 will be the highest paid since 1983 when it was 7.4%,” Mary Johnson, Social Security policy analyst for The Senior Citizens League, explained via AARP. COLA depends on price changes between July and the end of September. The Social Security Administration announces any changes in October with adjustments going into effect in January.

Social Security’s COLA is an increase in benefits to counteract the effects of inflation. These adjustments are usually equal to the percentage increase in the consumer price index for urban wage earners and clerical workers (CPI-W) for a certain period.

Related: 4th Stimulus Payment of $1,400 Not Off the Table Entirely Thanks to Inflation

A bigger cost-of-living adjustment means beneficiaries will see additional income; however, CNBC noted that it may not go as far due to higher prices for goods and services. COLA only increases once per year, yet inflation rose 0.3% in August alone, noted AARP.

“Those with modest Social Security benefits are the ones who really have trouble,” Johnson said. Other retirees may have had to dip into their savings more than they planned because the Social Security benefit didn’t keep up with 2021’s inflation rates, she explained, and this could be an ongoing problem if COLA isn’t calculated differently in the future.