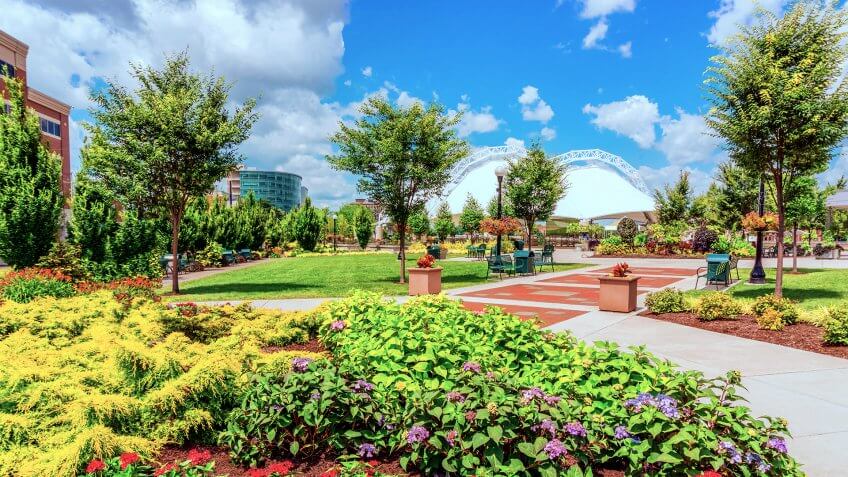 However, with an average monthly benefit of just over $1,400, America’s most expensive cities are far out of reach without another source of income. If you do have to rely on your Social Security benefits alone — and still want to make the most of your golden years — you’ll need to live somewhere affordable that won’t compromise your quality of life.

That’s why GOBankingRates compiled a list of the 20 best cities to live off of just Social Security. The study factored in the cost of living, livability and median rent and — after comparing the 143 largest cities in the U.S. — combined the scores to determine where you really can get by on just your Social Security benefit. 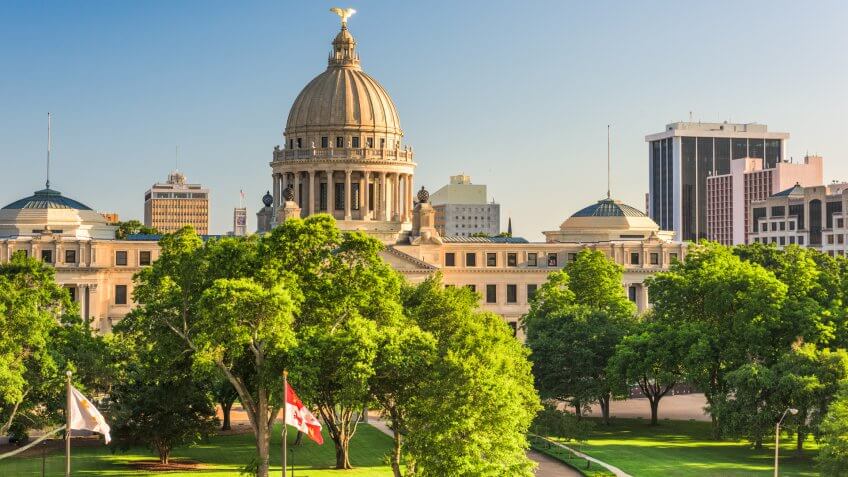 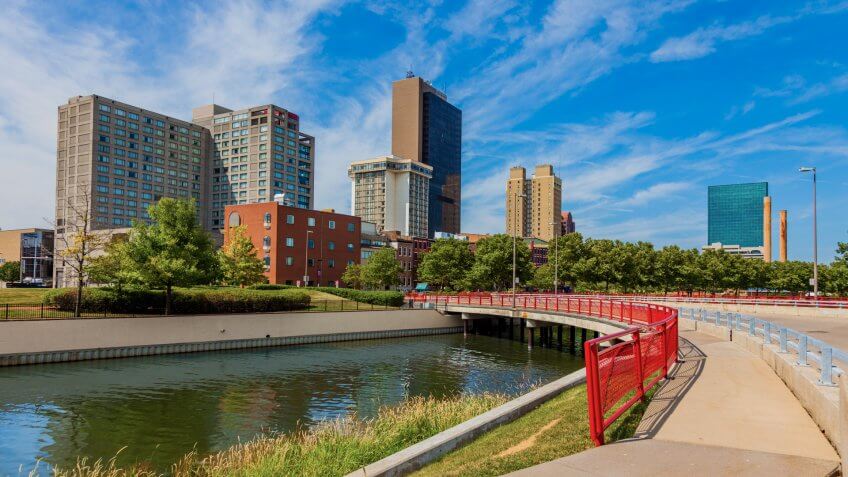 Toledo’s cost of living indicates that you can expect to spend almost 25 percent less on your basic expenses than you would in the rest of the country, on average. What’s more, Toledo is one of the cities where your money stretches the furthest, according to a separate GOBankingRates study. 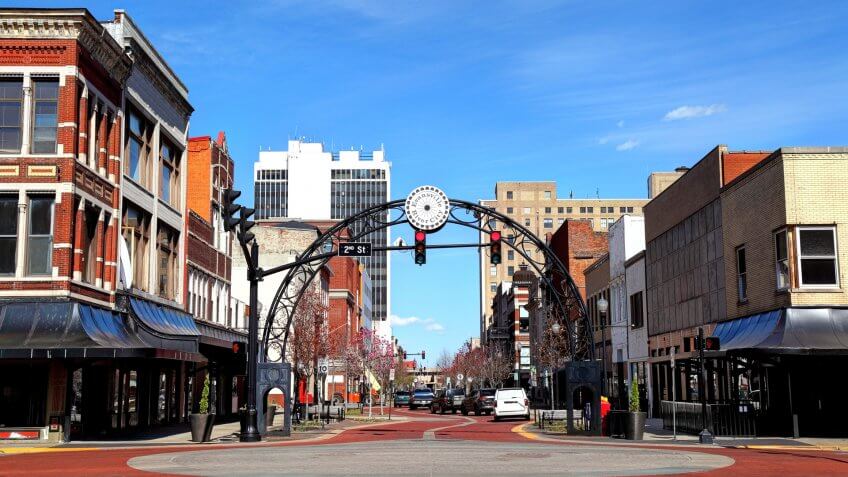 If you’re younger and looking to avoid living off your Social Security check alone when you reach retirement, one of the best ways is to start saving early. However, even if it’s too late to build the sort of nest egg you would like, a city like Evansville — which combines modest rents and costs of living with a relatively strong livability score — should help you make the most of your Social Security benefits. 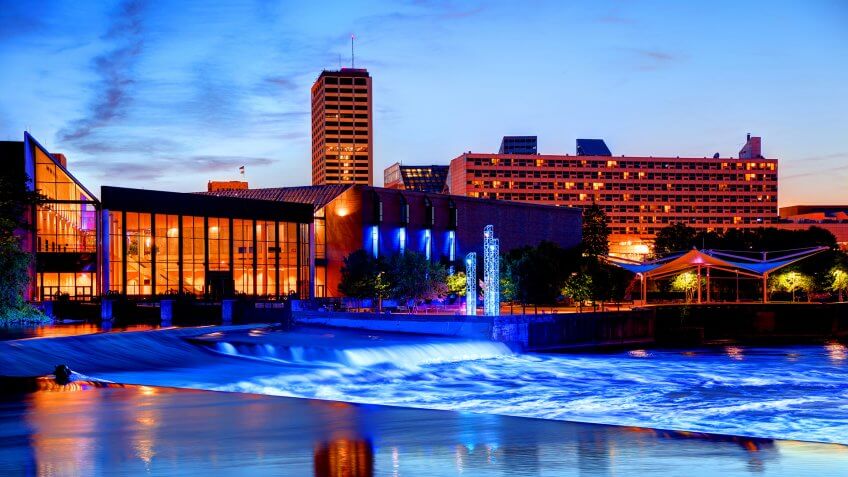 Arguably most notable for being home to Notre Dame, the study reveals that there’s plenty of reason to call South Bend home even if you aren’t a fan of the golden domers. With a cost of living 22.9 percent below the rest of the country and a median rent under $750, you can really stretch your Social Security benefits further than in most places. 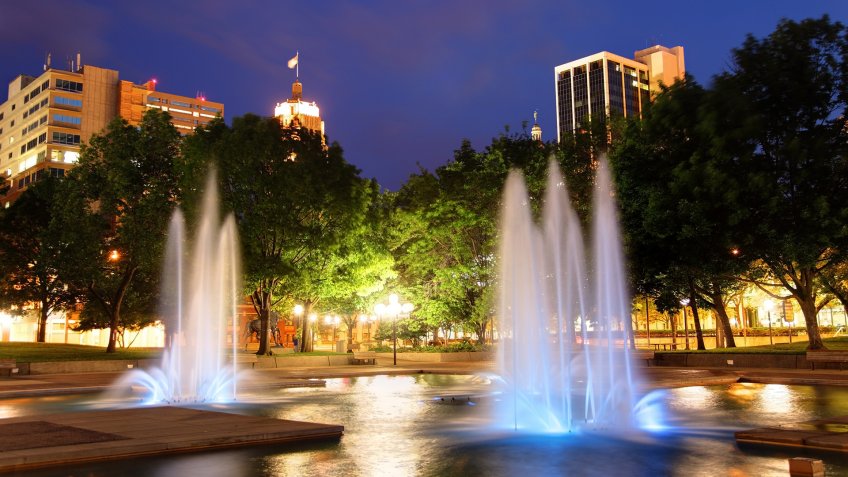 Fort Wayne is a little pricier than many of the other cities on this list, but it also has stronger amenities. That might help explain why the city is among the cheapest places in the U.S. for retirees, found a separate GOBankingRates study. 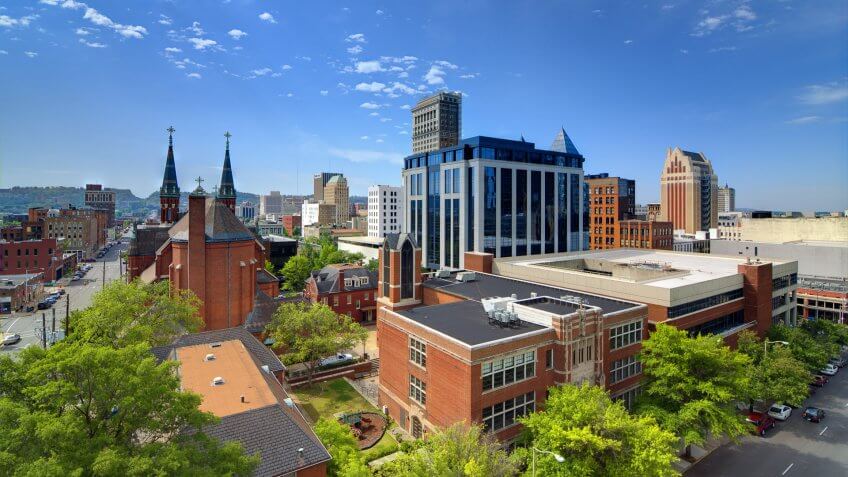 No city considered in this study has a lower cost of living score than Birmingham. Prices there are 27.4 percent lower than the rest of the U.S., on average. Those low costs come at a price; the livability score of 57 is the lowest of the 20 cities on this list.

Find Out: The 15 Best and Worst Places To Live If You’re Trying To Save Money 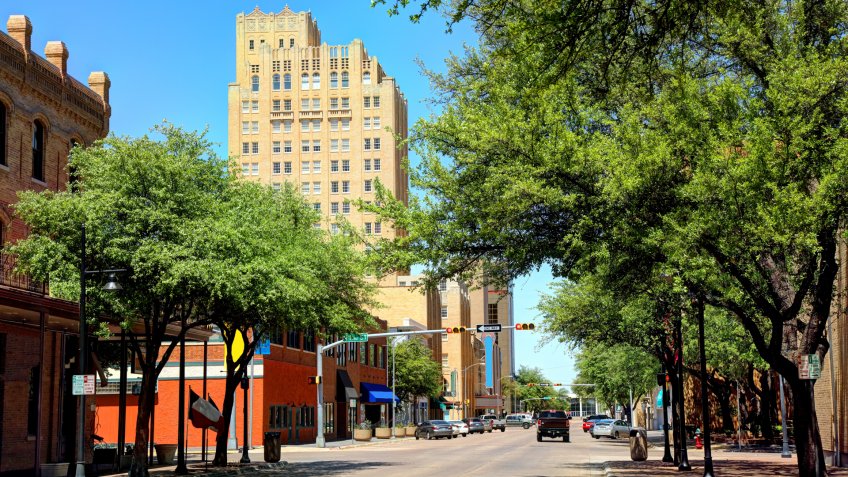 Abilene is the most expensive city on this list, with overall costs just over 10 percent lower than the national level in addition to a median rent of almost $1,000 a month. 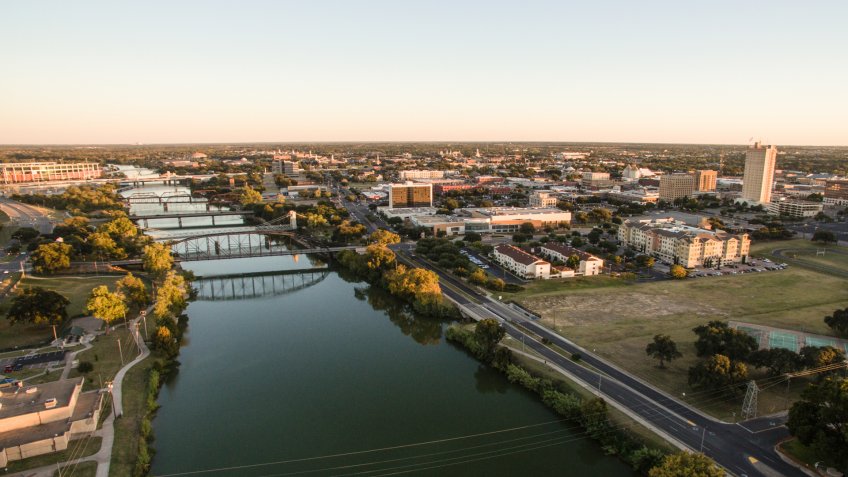 Waco is another Texas city where slightly higher costs are counter-balanced by a higher livability score. But it’s worth noting that it’s still significantly cheaper than most of the country while offering seniors plenty of ways to enjoy their retirement. 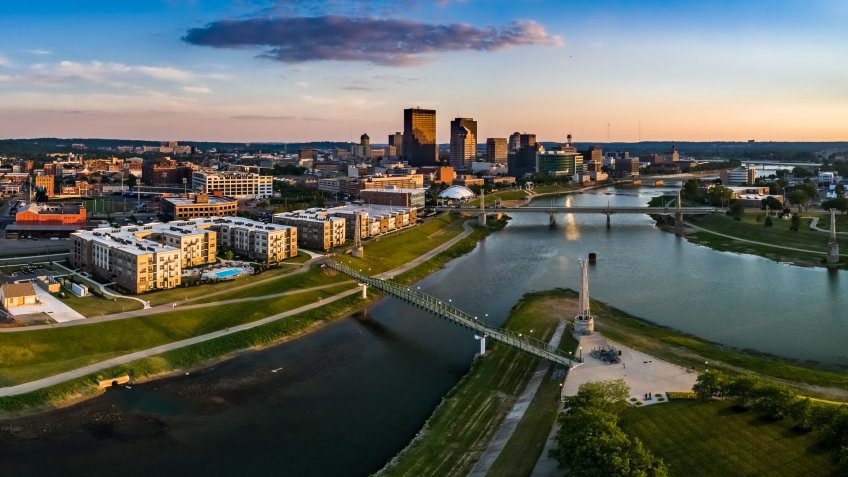 The primary appeal of Dayton to retirees is likely going to be pretty similar to most everyone else: It’s a very inexpensive place to live. Of all the cities included in this study, Dayton had the fifth-lowest cost of living and the fifth-lowest median monthly rent. In fact, it’s one of the best places to live for only $1,000 a month. 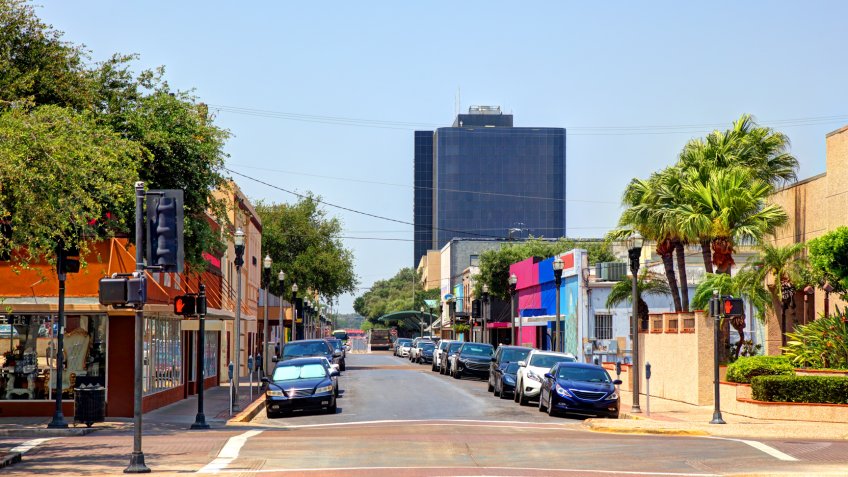 McAllen has the most expensive rents of any of the cities included on this list, but what’s most likely driving those prices up near $1,200 a month for a median-priced apartment is the nearby amenities. The city also has the highest livability score in the study. 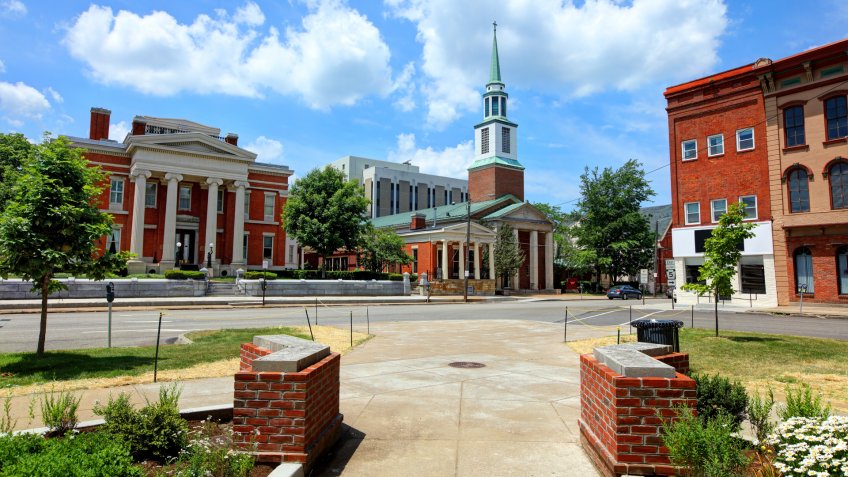 Over one in five people in the state are collecting Social Security benefits, making Pennsylvania one of the states that are most dependent on the program. So, while residents of Erie might currently be enjoying the way their checks stretch further due to low costs, they might be eying the future of the Social Security program with trepidation. 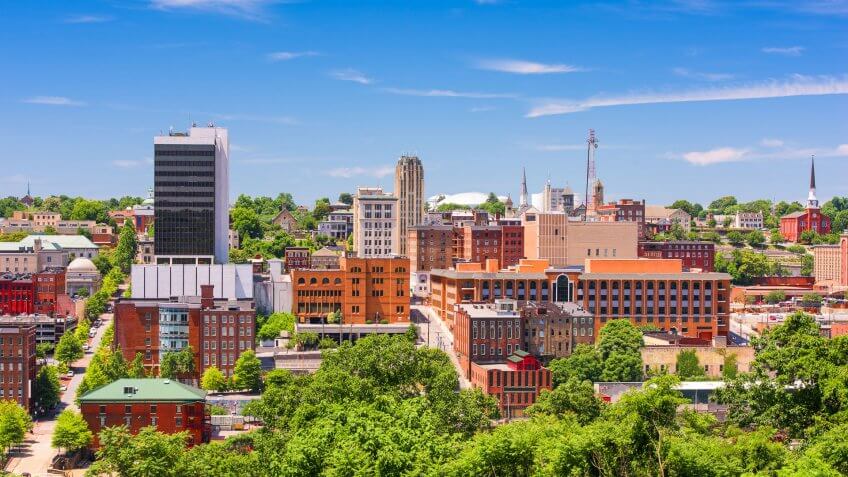 Lynchburg’s relatively high livability score is the primary factor in pushing it higher up this list, but its retiree-friendly costs are another major factor. Another GOBankingRates study found that Lynchburg was one of the best places to live on a fixed income. 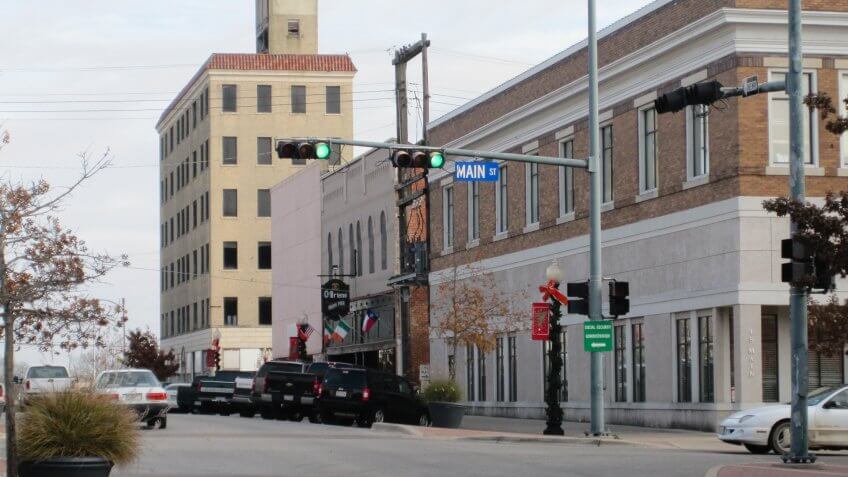 Killeen is another city that appears to pair low costs and high levels of access to amenities. So retirees should enjoy their golden years there. After all, they worked hard to earn them. In Texas, it takes 10.5 paychecks to pay for just one month of benefits from Social Security. 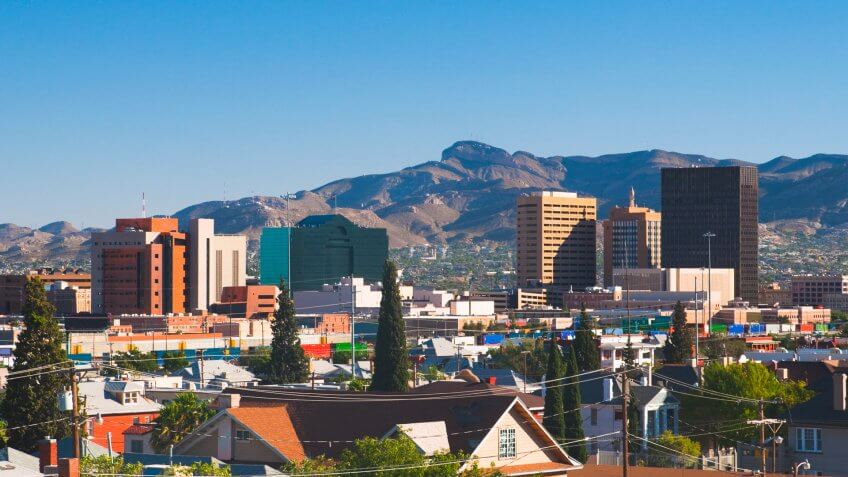 For anyone thinking that life in a border town is the way to go — and who aren’t interested in the cold winters up north — there’s good news: Not only is El Paso very affordable, but it has the fourth-highest livability score of all the cities considered in this study. 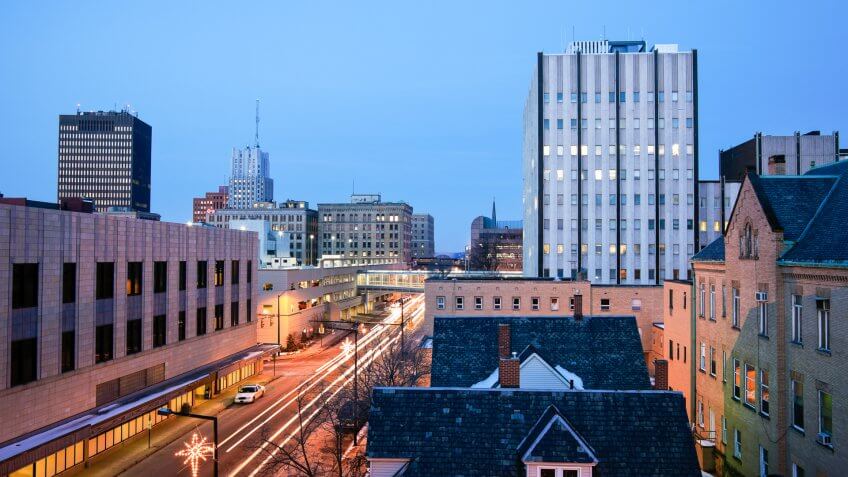 LeBron James might have left Akron for Los Angeles, but had he been living on Social Security, he might have had second thoughts. Akron’s cost of living is very reasonable, and even someone earning the average Social Security benefits can even expect to keep saving every month as Akron is one of the best cities to retire on a budget of $1,500 a month. 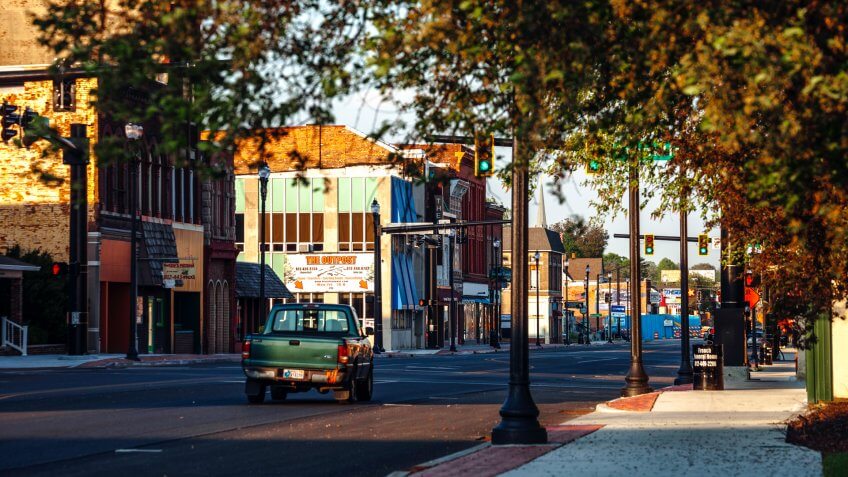 Terre Haute combines very affordable basic costs with a livability score that would seem to imply a good quality of life there as well. However, the real star here is that median monthly rent, which was the fourth lowest of the 143 cities in the study. 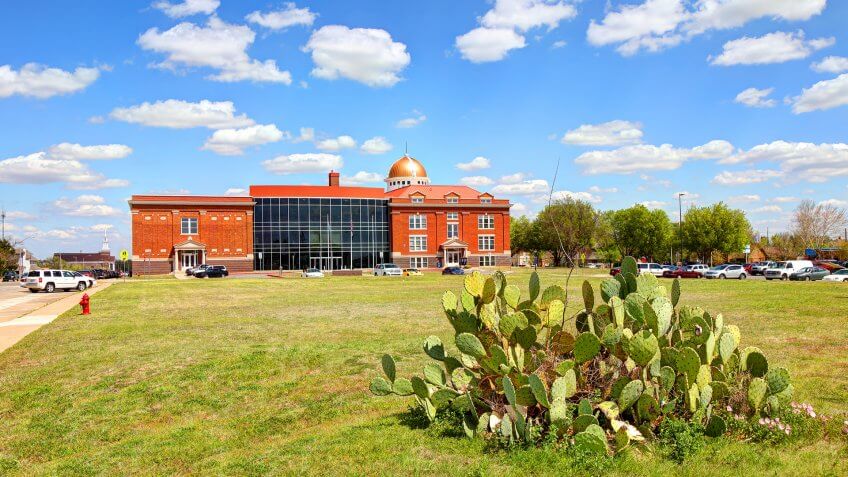 Of course, one of the three cities with even lower median rental costs than Terre Haute is Lawton, where a median-price apartment costs under $700 a month to let — the second-lowest in the study. That — combined with a low cost of living — is part of why Oklahoma why Oklahoma is one of the states where you’re least likely to live paycheck to paycheck. 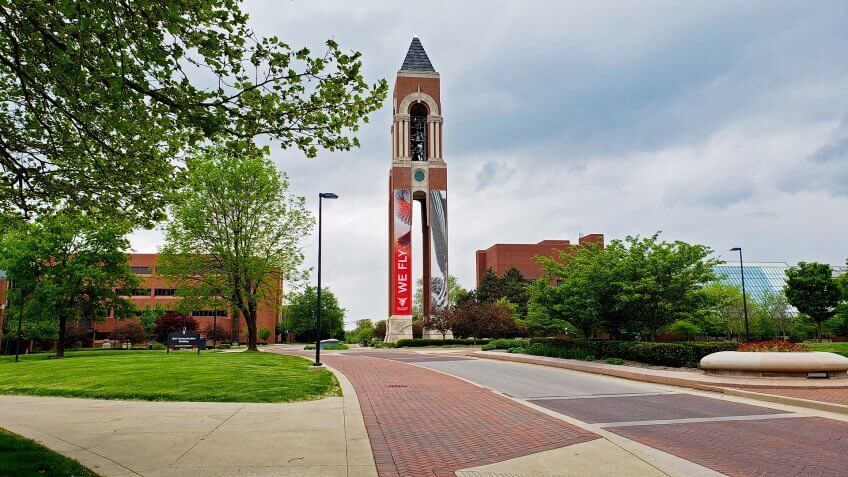 Muncie is the fifth and final Indiana city on this list, seeming to indicate that the Hoosier State is an especially friendly place to retirees on a strict budget. Even if you’re not, though, Indiana’s low costs helped make it the one of the best states to retire rich, as well. 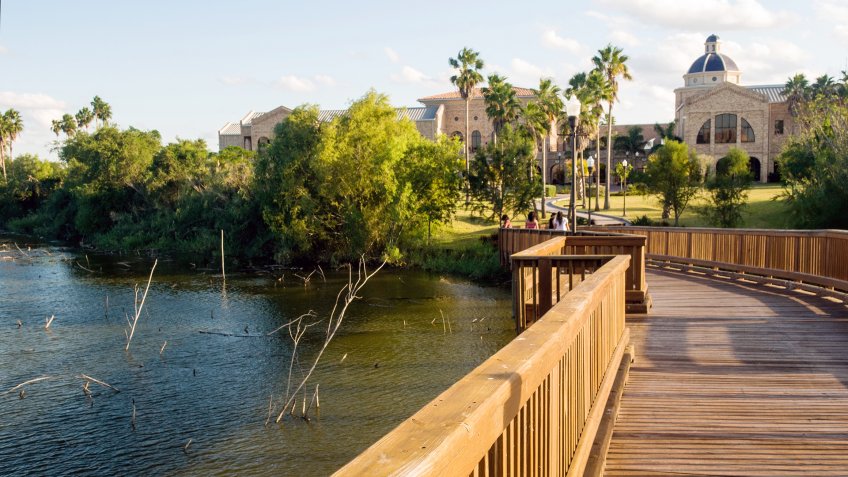 Brownsville is more than 20 percent cheaper to live in than the rest of the United States, but that’s not the biggest draw based on this study’s results: The livability score of 80 is good for the third-highest of the 143 largest cities in the country.

So, in case you were worried high costs were going to drive you to live overseas in retirement, cities like Brownsville might offer a less drastic option. 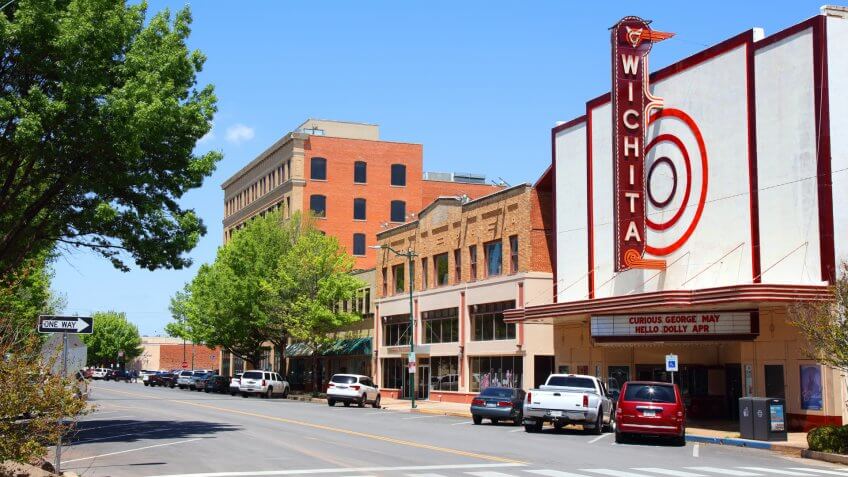 One state had even more cities on this list than Indiana, and that was the Longhorn State, with seven different cities ranking in the top 20, including the top city overall: Wichita Falls. It’s possible that more people should seriously consider retirement in Texas — it’s one of the most tax-friendly states for retirees. 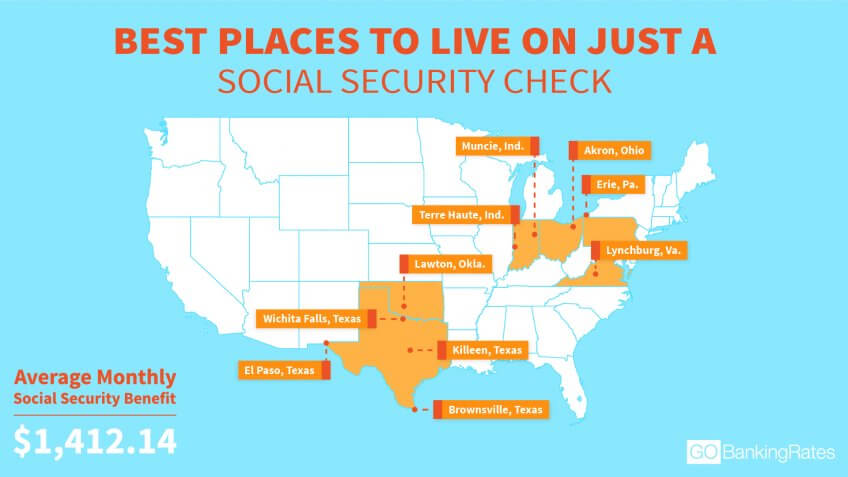 One clear conclusion you can infer from these results would be that there could be state-level policies that help keep costs under control in mid-sized cities. The 20 cities on this list tend to come from the same few places, with just seven states represented in the final ranking. While Texas had the most cities with seven, Indiana was a close second with five while Ohio had another three.

It is also notable — if not surprising — that the cities are not among the largest in their respective states. None of Texas’ cities with a population of a million or more — Houston, San Antonio, Dallas and almost Austin — made the top 20 despite seven other Lone Star State cities being in there.

Click through to see how long $1 million in retirement lasts across America.

More on Social Security in Retirement

Cost of living scores from Sterling’s Best Places are a comparison to a base score of 100 that represents the national average. So, a score of 80 represents a place where costs are 20 percent lower than the country as a whole, whereas 120 would indicate a locale where it’s 20 percent more expensive. Livability scores from AreaVibes are on a scale of one to 100. 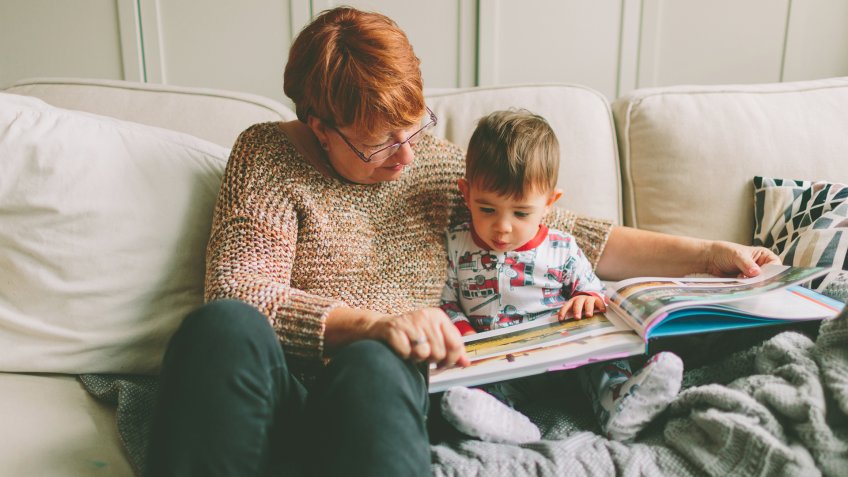 Learn how far your Social Security benefits can stretch.