How Far Social Security Goes in These 6 States 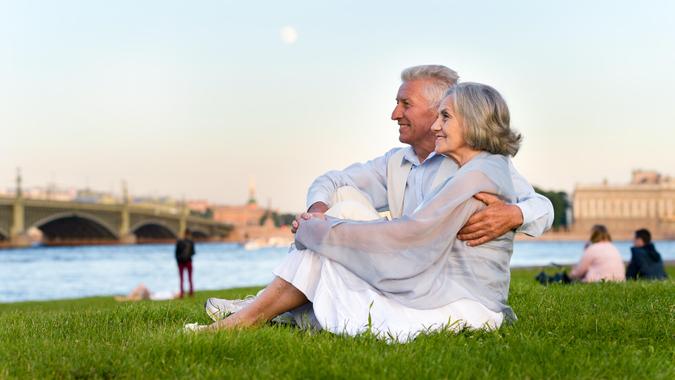 Social Security: How to Boost Your Benefit by $800
Find Out: Social Security 2022 — How the COLA Will Increase Benefits for the Average Senior Couple

While millions of Americans rely on Social Security post-retirement, those benefits alone won’t cover the entirety of people’s living expenses. And with pensions disappearing, especially in the private sector, people are wondering how they can stretch their Social Security benefits the furthest.

If your Social Security benefits won’t be enough, it can also help to delay payments, said Mark J. Pinto, president of Harbourfront Wealth Management. “An important consideration for those just entering retirement is that it may be more beneficial to hold off on cashing in these checks until reaching 70 years of age – if this is possible to do so. This is said to be the ‘golden age’ when it comes to receiving social security checks because you’ll likely gain the biggest payout.”

However, the biggest difference may come from where you live. This article will take a look at how far Social Security benefits go in a few different states.

Important: What You Need To Know About Social Security If You Plan To Retire Early

How Far Does Social Security Go?

Social Security typically goes the furthest in the Midwest and the South. In order to paint a more complete picture, we will take a look at states in different parts of the U.S. and see how far it goes in different areas.

To do so, we’ll take a look at the cost of monthly necessities in each state as well as the percentage of those necessities Social Security covers each month. Other details will be added, such as the monthly cost of groceries and utilities.

Check Out: All the States That Don’t Tax Social Security

West Virginia is first on the list because Social Security stretches the furthest in the Mountain State. The average monthly cost of necessities here is $2,176.41, and Social Security covers 69.60% of those expenses. That leaves Social Security recipients with an additional $661.67 in expenses to cover on their own.

Find Out: Americans Don’t Understand These Facts About Social Security

While some maps place both West Virginia and Mississippi in the South, there are some notable differences between the two. While Mississippi has the fourth-lowest cost overall, it has the lowest cost in the nation in some categories.

Our analysis finds that the average rent in Mississippi is $924, which is the 10th-lowest in the country. However, its grocery prices and transportation costs are both the lowest in the country. The annual and monthly grocery costs there are $3,821.44 and $318.45, respectively. Transportation costs an average of $2,999.32 annually and $249.94 monthly.

Next on the list is South Dakota, which has the third-lowest cost of monthly necessities in the country. While it doesn’t top the list in any particular category, its overall affordability puts it high on the list. Social Security would cover 66.16% of necessities here, so you just need another $774.62 to cover necessities.

However, overall, it ranks No. 18, with Social Security covering 61.94% of your necessities. That means you’ll need an additional $930.18 to cover necessities.

To put it mildly, Maryland isn’t a state most would consider affordable. Our analysis confirms this, showing it ranks No. 42 in the country overall. Social Security will only cover 48.69% of your necessities, meaning you’ll need $1,596.54 to cover the rest.

Rents are the fourth-highest in the country at $1,595, on average. Only New Jersey, California and Hawaii have higher averages for rent. Other categories aren’t much better: groceries are the eighth-most expensive there, at $4,628.60 annually and $385.72 monthly.

Idaho’s overall cost of monthly necessities is around the middle of the pack; it ranks No. 21 overall in our analysis. Social Security will cover 60.38% of your necessities as you’ll need an additional $993.98 to cover the rest.

Despite this, it has low costs in multiple categories. Its lowest-ranking area is transportation, where it ranks No. 36 with an annual cost of $3,839.85 and a monthly cost of $319.99.