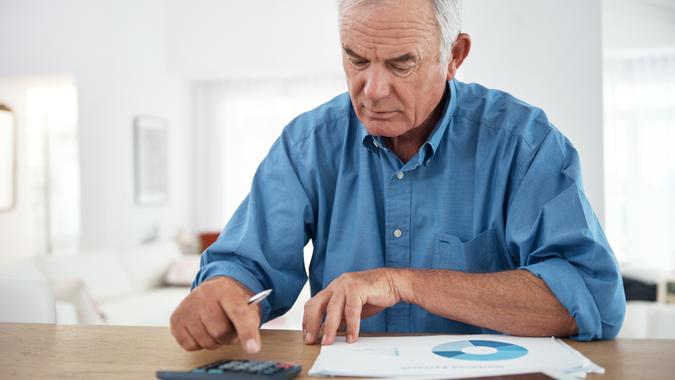 The one certainty about Social Security is that drastic changes will have to be made within the next decade to prop up the troubled program. Less certain is what those changes might look like, though you can probably expect some form of tax increase and/or reduced benefits.

As previously reported by GOBankingRates, a recent report from Social Security and Medicare trustees said benefits will have to be cut by 2034 — a year earlier than previously projected — if Congress doesn’t address the program’s long-term funding shortfall. If Congress does nothing, the combined trust funds for Social Security will only be able to pay 78% in promised benefits to retirees and disabled beneficiaries.

To fix the problem, Congress will need to make some major adjustments. Here are a few possibilities:

While these kinds of changes might take a while to implement, there is some good news on a more immediate front: Social Security recipients should get a major cost-of-living adjustment next year to help them deal with high inflation. As GOBankingRates previously reported, the adjustment could be as high as 5.3% in 2022, which would be the biggest COLA increase in more than a decade.