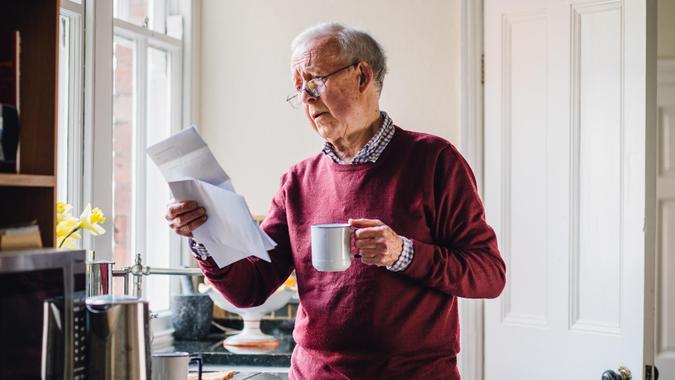 When it comes to financial scams, seniors are among the most frequent targets — to the tune of $2.9 billion in lost money a year in the United States, according to the U.S. Senate Special Committee on Aging. The U.S. House took a step toward addressing that problem this week by approving a bipartisan measure to fight scams involving older Americans.

The bill, formally known as the Empowering States to Protect Seniors from Bad Actors Act, passed by a vote of 371-48 on Wednesday, CNBC reported. If approved by the Senate and signed into law, the bill would allow the Securities and Exchange Commission to help state agencies and task forces protect and educate seniors by creating a new Senior Investor Protection Grant Program.

The bill includes $10 million a year to hire additional investigative staff and upgrade the government’s technology, training and equipment. Additional funds would go toward educating seniors about financial scams.

The House bill was sponsored by Josh Gottheimer (D-N.J.), whose own mother was targeted in a scam involving a fake IRS agent. Fortunately, that fraudster was exposed before Gottheimer’s mother lost any money.

Others aren’t so lucky. One challenge when it comes to scams involving seniors is getting more of them to report the incidents. Only one in 24 cases of elder exploitation are typically reported, Gottheimer said. The main problem is that many seniors are afraid their family members will find out and think they can no longer live independently.

In terms of preventing scams, the best thing seniors can do is keep all of their important financial and personal information private.

“We always tell seniors please don’t give your information to anybody,” Lorraine Joewono, executive director of the Bergen County [N.J.] Division of Senior Services, said at a New Jersey event hosted by Gottheimer.

“No one from the IRS is going to call you and ask you to send money,” Joewono added. “Only scammers do that.”

Another popular scam involves fraudsters impersonating a Social Security employee and claiming there has been an identity theft or some other problem with someone’s Social Security number, account or benefits. These calls are often threatening and might demand that the victim pay money or face legal action.

To help deal with the problem, the House in 2021 passed the Senior Security Act. The law would create a task force within the SEC that would report on issues, including financial schemes involving robocalls and voice spoofing, that impact investors over the age of 65.