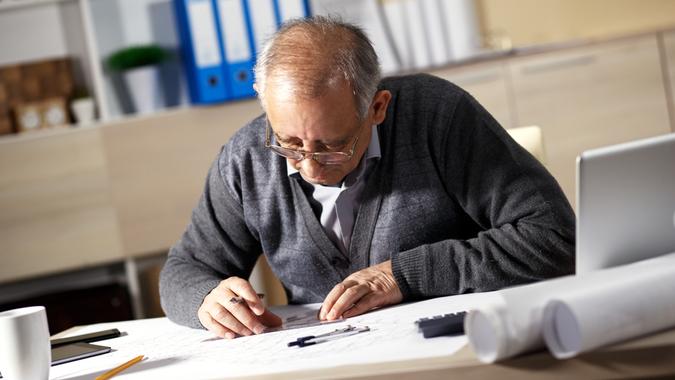 Social Security’s investments operate much like any traditional balance sheet. Each year, total revenue is determined in the form of the taxes taken out of our paychecks every two weeks. Social Security is funded through payroll tax dollars, and since 1982, one year before its last major bipartisan overhaul, the program has consistently brought in more revenue every year than it has paid out. From then until 2020, Social Security’s assets have increased from $25 billion to almost $3 trillion.

Since the onset of the pandemic, though, things have shifted dramatically. An already-aging baby boomer population and global pandemic were enough of an impetus for a massive wave of resignations and early retirements beginning in late 2020. This sudden pressure on distributions was enough to deplete Social Security cash reserves so much that for the first time in its history, it’s in the red.

What’s more, this rapid depletion is only projected to get worse. The Board of Trustees for the Social Security Board expects Social Security’s cash reserves could whittle down just to $1.35 trillion in the next eight years.

This only highlights how critical it is to have your own retirement plan in place and adhere to it as you begin to age. For millions of Americans who have already retired, monthly Social Security checks are their main source of income for basic necessities like food, shelter and medication. Without certainty that Social Security will be solvent for future generations, it’s crucial to have other sources of income — such as a 401k, IRA or individual brokerage account — to draw on once you retire. This will hedge the risk of a shaky Social Security environment, but also toggle your tax obligations overall — not to mention take some of the enormous pressure off sustaining yourself through your later years.