How 3 Social Security Bills Would Impact Your Wallet 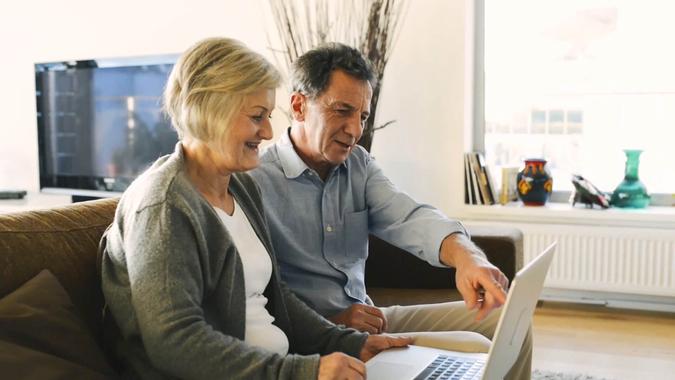 While Social Security will not go bankrupt in 2035 as many people mistakenly believe, the taxes that support it will only be able to fund 75% of scheduled benefits by then — and then is only 13 years away.

Retirement at Any Age: Get Retirement Tips That Fit Every Stage of Life
Find Out: 7 Surprisingly Easy Ways To Reach Your Retirement Goals

To deal with that looming shortfall, lawmakers have recently proposed three pieces of legislation that they say would extend that horizon by decades and keep Social Security solvent for generations of retirees to come. All three bills are sponsored by Democratic lawmakers.

The proposals would affect not only future recipients but those who have already reached or who are approaching retirement age today.

If you’re a member of a low-income or middle-class household and the bills become law, you’ll most likely receive bigger Social Security checks, pay fewer taxes and look forward to more generous annual adjustments. If you’re a member of one of America’s wealthiest households, on the other hand, you can expect your taxes to go up and to lose some of the income caps and other exemptions you’ve gotten used to enjoying. Let’s examine the proposed changes.

Sen. Bernie Sanders and Rep. Peter DeFazio introduced the Social Security Expansion Act on June 9. The bill’s sponsors say that, if passed, the law would keep Social Security solvent for another 75 years by increasing taxes on the wealthiest households and raising the current income cap on Social Security taxes.

Currently, according to the legislation’s fact sheet, “a CEO making $20 million a year pays the same amount of money into Social Security as someone who makes $147,000 a year.”

The act would lift the $147,000 income cap and would subject all income over $250,000 a year to the Social Security payroll tax. It would do that by applying the same 12.4% tax that workers and employees currently pay to investment and business income earned by millionaires and billionaires.

More than 93% of households would not experience a tax increase.

The bill would also increase benefits across the board for both new and existing recipients by $200 a month and increase the cost-of-living adjustments (COLAs) that help beneficiaries keep up with inflation. Finally, the act would:

Sen. Mazie K. Hirono and Rep. Ted Deutch introduced the Protecting and Preserving Social Security Act on July 21. The bill’s sponsors say the legislation would extend the depletion of the Social Security trust funds from 2035 to 2052 while reducing the deficit by $12.3 trillion over 75 years.

The act also phases out the income cap on Social Security contributions over the next seven years and encourages contributions above the cap by offering additional benefits in exchange for contributions. Finally, the bill introduces the concept of pro-rating benefits for the month of death, so bereaved recipients don’t have to give back the final Social Security check of a deceased loved one.

You Earned It, You Keep It Act

Rep. Angie Craig introduced the You Earned It, You Keep It Act on Aug. 16. The act would repeal federal taxes on Social Security benefits for retirees across America. The bill’s sponsors argue that since benefits are paid to recipients from earnings that have already been taxed, taxing benefits after retirees receive them amounts to a harmful and unfair double tax, which retirees have paid for four decades.

The act would eliminate the tax starting in 2023. It would pay for the tax cuts by raising the cap on people earning more than $250,000 and compelling them to continue to pay into the program. The bill’s sponsors cite non-partisan analyses that say the legislation would improve Social Security’s long-term solvency compared to current law.