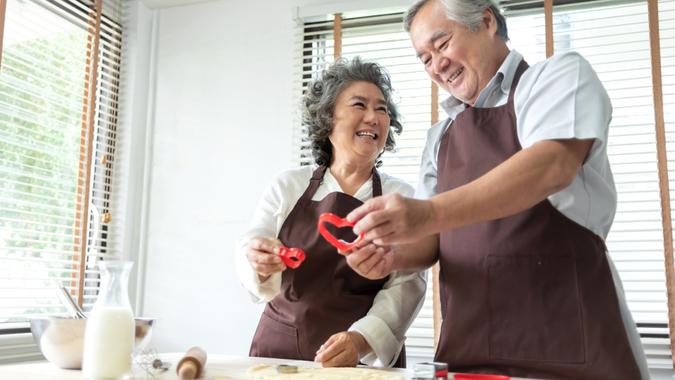 Related: The Safest Places To Retire Outside the US
Can’t Miss: 7 Surprisingly Easy Ways To Reach Your Retirement Goals

The increase would be part of the regular Cost of Living Adjustments (COLAs) that the Social Security Administration (SSA) enacts after assessing the widespread effects of inflation on necessities.

Though there’s been no official announcement yet on the increase to monthly benefits, The Senior Citizens League believes that the increase could be as much as 9.6%. This figure is derived via information provided by the Consumer Price Index (CPI) released in early August.

If so, that 9.6% could mean an average monthly amount of $1,656 starting on Jan. 1, 2023 — and would be the largest increase since 1981, according to Forbes. Forbes noted that the COLA increase would be in place for all of 2023, no matter if inflation eases and prices come down. The outlet also reported that married retirees will get double the increase, as each spouse would receive the (as yet, hypothetical) additional $159.

However, these figures remain an educated guess at this point. The SSA likely won’t announce the benefit changes until October, typically using third-quarter data from the CPI to determine the COLAs, CNBC detailed.

Having these added benefits would come at a critical time for those on fixed incomes as inflation continues to wreak havoc on people’s budgets. According to a recent survey by The Senior Citizens League — conducted from January to March of this year — 50% of respondents said they have had to use their savings to adjust for inflation, and many have no savings at all.

As well, 7% noted they refinanced their home mortgage to stay afloat. A further 43% of respondents admitted to adding more debt to credit card balances. Another 47% of seniors have had to apply for SNAP benefits or visit food banks in response to financial pressures, according to the survey data.