Social Security Planning: How Long Are You Expected To Live Based on Home State? 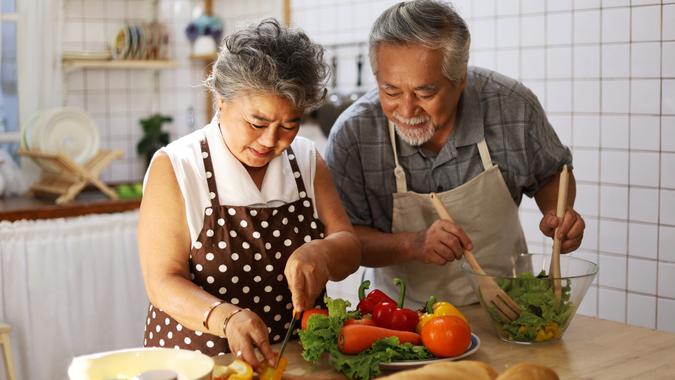 One of the great debates around Social Security retirement benefits is when to start collecting them. Although most financial experts recommend waiting as long as possible to ensure a bigger monthly check, that’s not necessarily the best plan for everyone.

Social Security: No Matter Your Age, Do Not Claim Benefits Until You Reach This Milestone
Find: Social Security Updates To Know for August 2022

A lot depends on your life expectancy, and part of that might be determined by where you were born. The average life expectancy for all Americans at birth is about 77 years, according to data from the U.S. Centers for Disease Control and Prevention. Life expectancy at birth is higher for females in all states and the District of Columbia.

But those figures aren’t the same everywhere.

The CDC’s National Vital Statistics Reports, released on Aug. 23, found that people born in Hawaii live the longest, at an average of 80.7 years. Females from Hawaii have especially long life expectancies — an average of 83.8 years vs. 77.6 years for males born in the Aloha State.

On the other hand, people born in Mississippi rank lowest in terms of life expectancy, at an average of 71.9 years — roughly nine years less than native Hawaiians. Broken down by gender, female Mississippians have a life expectancy of 75.2 years vs. 68.6 years for males.

Southern states tend to rank lowest in terms of life expectancy, while those in the West and Northeast rank the highest. Much of this likely has to do with cultural differences based on diet, education, working conditions and lifestyle choices. Pennsylvania occupies the middle point with an average life expectancy of 76.8 years, or about the national average.

This doesn’t mean you should plan your Social Security benefits around the life expectancy of your gender and birth state, however. For example, males born in West Virginia have an average life expectancy of 69.8 years. On the face of it, this suggests they would be better off signing up for benefits at age 62, which is the earliest age you can claim them, rather than waiting until age 70 (the latest age) to ensure a bigger monthly check.

But that overlooks the fact that the longer you live, the longer you are expected to live. One reason some states have higher life expectancies than others is that they also have fewer people dying at young ages, which brings down the average.

Once you reach age 65, your life expectancy goes way up — another 20 years on average for all Americans, Money Talk News reported. Life expectancies after turning 65 range from an average of 21 years in Hawaii to an average of 16.1 years in Mississippi, meaning that Mississippians who turn 65 can usually expect to live until they are 81.

Take Our Poll: Do You Think You Will Be Able To Retire at Age 65?
Explore: 10 Reasons You Should Claim Social Security Early

When you approach retirement age, your decision on when to start collecting Social Security benefits should be based on a variety of factors, including your individual financial situation, health condition, desired retirement age and family situation. Chances are the average life expectancy of your home state will play very little role in your decision.