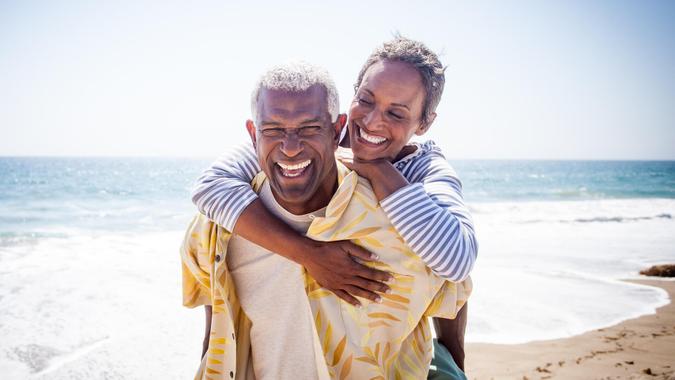 You’ve probably heard about the uncertainty surrounding Social Security benefits, which could be cut earlier than expected if Congress doesn’t address the program’s long-term funding shortfall. A company called PlanGap has — and it aims to ensure that Americans are protected financially in case their Social Security checks get slashed.

See: When Social Security Runs Out — What the Program Will Look Like in 2035
Find: Social Security 2022 — How the COLA Will Increase Benefits for the Average Senior Couple

PlanGap calls itself a “product innovation company” with an eye on helping retirees plan for potential cuts in their benefits. On Monday, Dec. 13, the Atlanta-based firm raised $9.4 million in a Series A funding round to support its mission of bringing more Social Security protection products to market. The round was led by early-stage venture capital firm Cultivation Capital and also included leaders in the insurance, reinsurance, finance and insurtech industries.

PlanGap, founded in 2017, will use the money to create a suite of “trigger-based” annuity and life insurance products — essentially, retirement insurance — that it claims will solve previously unaddressed financial concerns for retirees. Through collaborations with insurance carriers and distribution partners, PlanGap’s products aim to protect retirees against disruptions to retirement income, including reduced Social Security payments.

“The average household plans to receive nearly $1 million in lifetime benefits from Social Security, and for the vast majority of Americans, these benefits are the bedrock of their retirement income plan,” PlanGap founder and CEO David Duley said in a press release. “They want and deserve a way to protect their promised benefits from being used as a political football.”

He points to federal government projections that the Social Security Administration might need to cut benefits by 24% by 2033. As GOBankingRates previously reported, that’s a year earlier than previously expected, mainly because the economic downturn caused by the COVID-19 pandemic contributed to a big drop in employment that resulted in declining revenue from payroll taxes.

With so much uncertainty surrounding benefits, PlanGap figures there’s a ready market for retirement insurance. The company has already formed partnerships with several insurers, including Sammons-North American, Annexus, Ash Brokerage and Insurex.

“PlanGap’s intellectual property, technology and product designs have enabled the insurance industry to provide Americans with new opportunities for control and peace of mind in their retirement income planning,” said Cliff Holekamp, co-founder and managing director at Cultivation Capital, who joined PlanGap’s board of directors. “Soon every prudent financial planner in America will have to make sure their client’s Social Security income promises are PlanGap protected.”