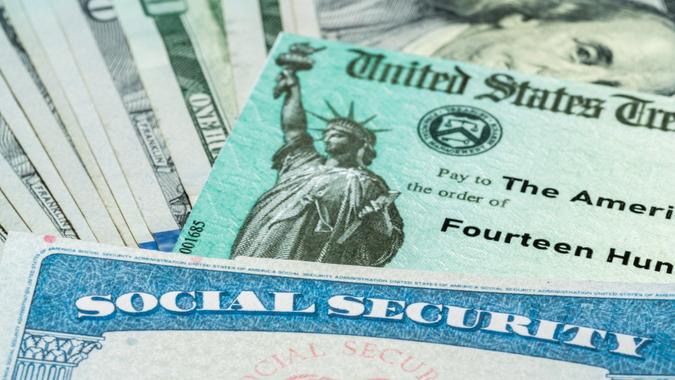 Child welfare officials in New York City will stop collecting Social Security checks from children in foster care and instead let them keep the money themselves — a move that could change the landscape regarding how Social Security benefits are used for foster care children.

Jess Dannhauser, commissioner of the city’s Administration for Children’s Services (ACS), said the Social Security money will soon be placed in savings accounts that children can access when they leave foster care, NPR reported. This might happen when they return to family, are adopted or age out of foster care between the ages of 18 and 24.

“This is their money, and they deserve to use it as they see fit,” Dannhauser told NPR.

The new policy represents a major shift from the past, when welfare officials collected the benefit checks to help pay for the care of the children while they were in foster care, Business Insider reported. It’s a common (and much-criticized) practice around the United States, resulting in millions of dollars being taken from foster care children.

“ACS is committed to supporting children and youth both in and after they leave foster care, and this new child-centric Social Security benefits plan is just one example of that commitment,” Dannhauser said in a statement to Business Insider. “ACS is proud to be one of the first child welfare agencies nationwide to institute such a plan, and it is our hope that other jurisdictions will follow suit.”

The new policy came after an investigation by NPR and The Marshall Project that led to a review of the practice around the country. Child welfare agencies in 49 states and the District of Columbia currently take Social Security money due to foster children and use it to pay for their care.

Maryland is the only state that puts some of the Social Security money into savings accounts, starting when a foster youth is 14. Maryland also sets up accounts so that more than $2,000 can be saved, NPR noted.

But other governments might soon follow. In Philadelphia, City Councilmember Helen Gym is expected to introduce legislation this month to end the practice. Legislation is also pending in Nebraska, Texas, Minnesota and Illinois to stop taking Social Security benefit checks from foster care.

“What New York City is doing is courageous because they’ve basically said: ‘We have been doing this thing that is unethical and that doesn’t serve the kids that we are the legal parents of,'” Harfield said. “And so even though we’ve become accustomed to taking this money, it’s not the right thing to do. And we’re going to stop doing it.”