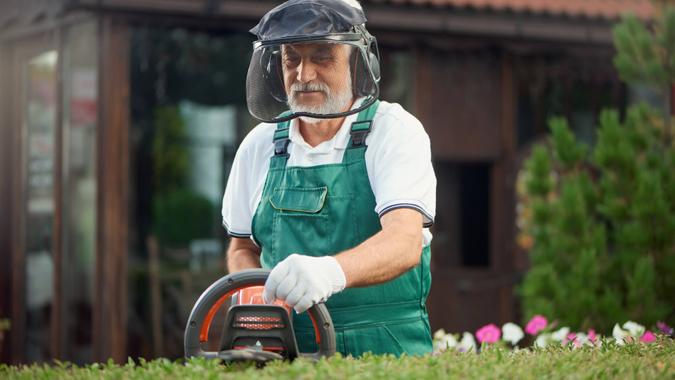 Seniors in the United States have long depended on Social Security to fund part or all of their retirements, but the program in its current form can’t sustain itself much longer. Unless steps are taken to provide more funding, Social Security benefits will have to be reduced by the middle of next decade.

The reason is simple: Social Security benefits are paid from dedicated trust funds that are mainly funded by payroll taxes. As previously reported by GOBankingRates, the 2021 Social Security Trustees report revealed that the trust funds will be able to cover all benefits until 2034. After that, retirees will only receive 78% of the full benefit they expected if Congress doesn’t find a way to fix the funding issues.

One of the main problems is rising wage inequality, according to the Center for American Progress, an independent, nonpartisan policy institute.

In a recent report, the CAP noted that nearly all of Social Security’s revenue comes from a federal payroll tax of 12.4% on a workers’ first $147,000 of annual wages. The tax is split in two parts, with the first 6.2% paid by workers and the second 6.2% paid by employers. Americans who are self-employed pay the full 12.4%.

See: 5 Things Most Americans Don’t Know About Side Hustles and Taxes

For example, someone who earns $1 million a year only has to contribute taxes to the Social Security system through about the third week of February. For the rest of the year, the earnings are no longer subject to the tax.

Find: The Rich Are Costing Social Security Billions a Year

The problem, as the CAP pointed out, is that average wages have not grown as fast as wages for higher earners. Since 1983, the share of untaxed earnings has risen from 10% to nearly 17.5%.

“This dramatic increase means that the Social Security payroll tax misses a substantial and growing amount of potential revenue,” the Center for American Progress wrote.

While low- and middle-income earners pay the full tax on their entire salaries, the highest earners might pay it on only a small percentage of their income. This makes the payroll tax “deeply regressive,” according to the CAP.

“High-wage earners have greater potential to invest and save for retirement, whereas low- and middle-wage earners do not have the same luxury, forcing them to rely more heavily on Social Security,” the CAP report added. “Therefore, it is counterproductive to deprive Social Security of revenues precisely when wages decline for those most in need.”

The way to correct this problem, of course, is to apply the Social Security tax to all wages rather than cutting it off at $147,000 or any other figure. According to the CAP report, eliminating the payroll tax cap without changing Social Security’s benefit structure would close about 73% of the program’s funding shortfall.

Even applying the payroll tax to wages over $400,000, as proposed in the Social Security 2100 Act, would impact only 4% of wage earners while eliminating more than two thirds of Social Security’s long-run funding shortfall.