Social Security Solvency: Lindsey Graham Thinks Seniors May ‘Have to’ Take Less Money — Can They Afford a Benefits Cut? 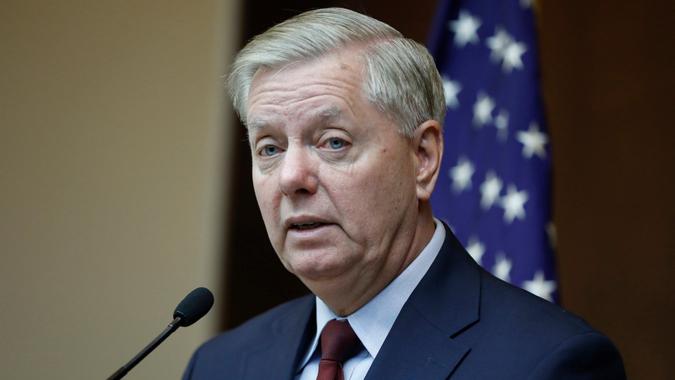 In a June 13 Fox Nation debate, Sen. Lindsey Graham said seniors may have to “take a little less” and “pay a little more in” when debating Social Security solvency, reports Knewz via MSN. Graham made the comments while debating Sen. Bernie Sanders during a “Senate Project” debate.

Discover: How Biden Is Impacting Social Security in 2022
More: 27 Ugly Truths About Retirement

“Let’s do something like Ted Kennedy would do: get Republicans and Democrats to find a way — like the Gang of Six, the Simpson-Bowles plan. Senator Sanders: bring your Social Security plan to the floor. All it does is raise taxes. To get out of this mess, people like me are going to have to take a little less and pay a little more in. We’re going to have to adjust the age one more time like Ronald Reagan and Tip — Tip O’Neil did. There is a bipartisan way forward. You describe problems, but your answer is always the government — it’s always socialism,” Graham said.

The estimated average Social Security retirement benefit in 2022 is $1,658 a month, announced the Social Security Administration. While this is a $93 increase from the year before, benefits only cover a portion of seniors’ living expenses. For his part, Sanders admitted that Social Security “does have a solvency issue,” but that his proposal — also backed by Sen. Elizabeth Warren — would extend solvency for 75 years while increasing benefits for recipients by $2,400 per year. Sanders’ proposal would ostensibly fund this expansion of Social Security via a tax on high-earning households, per CNBC.

POLL: Are You Concerned That Social Security Benefits Will Be Reduced During Your Lifetime?
Live Updates: Fed Rate Hike, Stock Market Trends and More

“There has to be some sense of responsibility here. You just can’t tax people into oblivion and turn every problem over to the government,” Graham said.