Social Security Solvency Could Lead to Lower Benefits for Millennials 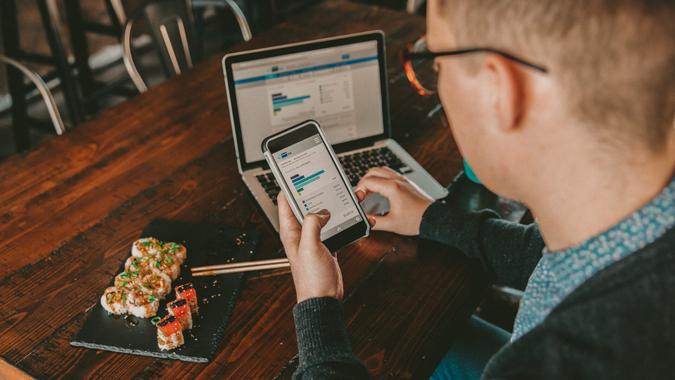 At the beginning of June, the Social Security Board of Trustees issued its annual report on the financial status of the Social Security and Medicare Trust Fund and confirmed that, without legislative reform, the combined assets of the Old-Age and Survivors Insurance and Disability Insurance (OASI and DI) Trust Funds are expected to be depleted in 2035. It is anticipated that 80% of benefits will be payable at that time, per the report.

Learn: Can You Collect Social Security and Be Eligible for Food Stamps?
Discover: 7 Things You Should Never Do When Planning for Retirement

Writing on the ThinkAdvisor site, HealthView Services founder and CEO Ron Mastrogiovanni stated that millennials, who will begin to turn 65 around 2045, should be particularly concerned about having their benefits significantly reduced and should use this 80% benefit projection amount as the basis for their retirement income planning.

Banking on not being able to rely on Social Security as much as previous generations did, millennials retiring after 2035 should plan to build additional income from other sources to offset the expected loss in benefits. However, as Mastrogiovanni notes, “Many will be surprised, however, that the additional savings required to address this shortfall are achievable.”

Given those numbers, he postulates that a millennial that can put aside $27,000 in an investment fund now will make up the 20% benefit reduction difference when the time comes to retire.

Although the SSA and others have proffered solutions based on raising payroll taxes, increasing the $47,000 payroll cap on Social Security, delaying the full retirement age from 67 to 69 and changing the claiming age from 62 to 65, Congress has yet to come up with a plan to either increase taxes or act to reduce benefit payouts or both.

Recent proposed Social Security reform legislation — like the Social Security Expansion Act recently introduced at a June 9 Senate Budget Committee hearing by a number of high-profile Democrat Senators, among them Bernie Sanders (D-VT) and Elizabeth Warren (D-Mass.) — will likely be scuttled by a couple of Democrats and all Republicans before it gets the chance to be debated in the House or Senate, per CNBC.

Until something is done to restore solvency to Social Security, it is unfortunately up to concerned millennials to begin supplemental retirement savings now. The oldest members of this generation aren’t eligible for benefits until eight years after 2035, which must seem like all the time in the world. But time has a way of sneaking up on you, and who knows what benefit payouts will look like around 2045.