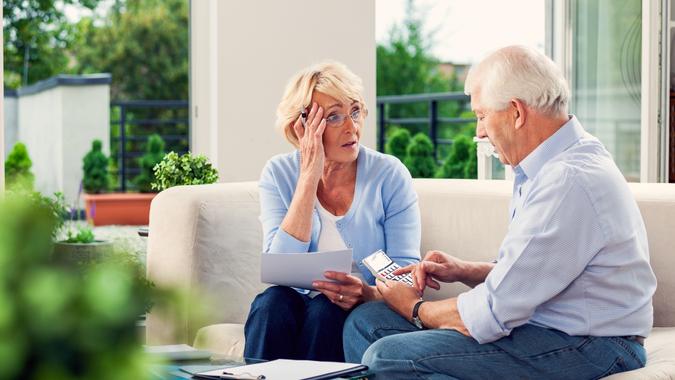 Two Ohio senators have introduced a bill to amend title XVI of the Social Security Act in order to update the resource limit for Supplemental Security Income (SSI) eligibility.

See: Surprising Things You Can Buy With Food Stamps
2022 Stimulus Checks: Is Your State Giving Out Money This Year?

Democrat Sen. Sherrod Brown and Republican Sen. Rob Portman introduced the SSI Savings Penalty Elimination Act in the Senate on April 28, according to the bill’s details.

However, the average monthly benefit for all recipients as of March 2022 is $625.50, according to the website.

SSI has strict asset limits, which have not been updated since 1989, according to Brown’s website. The bill would update the assets individuals or couples may have up to $10,000 and $20,000, respectively, according to the text of the bill. The current limit is $2,000 for an individual and $3,000 for a couple, according to CNBC.

CNBC explains that by updating the asset limits, the bill would enable beneficiaries to have more savings in case of an emergency without affecting their benefits.

“It doesn’t make sense for SSI’s rules to punish Americans for saving for emergencies,” Brown said in a statement to CNBC. “Our bipartisan bill would update the outdated rules for the first time in decades and allow beneficiaries to save for emergencies without putting the benefits they rely on to live at risk.”

And the sentiment is echoed by several experts, including JPMorganChase Policy Center, which states in a report that “the SSI program should be updated and reformed to incentivize individuals with disabilities who are able to work to seek employment without the risk of losing their economic security. Promising proposals call for raising monthly SSI benefits to 100% of the federal poverty level and boosting asset limits to $10,000 for individuals and $20,000 for couples and families with disabled children, updating outdated income rules for inflation, and eliminating the penalty for married couples.”

The report adds that the current structure of the SSI program places individuals with disabilities who work at risk of losing their economic security.

“To address this barrier, the asset and income limits for SSI should be updated and simplified. A reformed SSI program would play a crucial role in expanding economic opportunity and mobility for people with disabilities,” according to the report.