Social Security: Why Sunsetting the Program Seems Unlikely, Even in the Event of a Political Power Shift 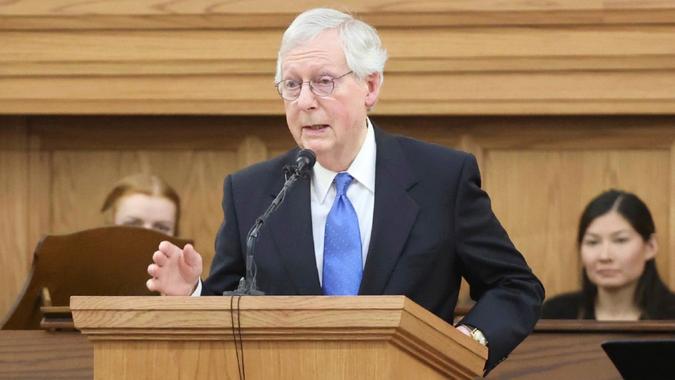 Upcoming mid-term elections in November 2022 could bring a power shift to Congress, which could mean policy changes and legislation that lean toward one side. Such a shift could have you feeling uneasy about the status of Social Security.

Currently, the White House, House of Representatives and U.S. Senate are all controlled by Democrats, with the Senate evenly split. This has led to a wave of bipartisan bills being enacted, as any law requires at least some Republican support to pass in the Senate.

Should the Republicans take the majority in the House and/or the Senate, however, the balance of power could shift. Many Americans might be worried about the status of certain programs — specifically, Medicare and Social Security benefits.

Both Republicans and Democrats agree that the Social Security program requires reform before it runs out of funding. The most recent calculations, reported in 2021 by the Social Security Board of Trustees, found that the Old-Age and Survivors Insurance (OASI) Trust Fund, which funds Social Security benefits for retirees ages 62 and up, could run out by the end of 2033.

While Republicans and Democrats have traditionally held different beliefs when it comes to Social Security reform, “Democrats generally emphasize raising revenues, whereas Republicans typically focus on cutting benefits,” said a report from the Urban Institute.

Senator Rick Scott, chairman of the National Republican Senatorial Committee, recently presented a plan that called for “all federal legislation to sunset after five years.” If his plan passed, any legislation that had been in effect for five years would need to go up for a Congressional vote and be approved again. This would include programs like Social Security and Medicare. And without bipartisan support, the programs might not pass any vote.

In essence, Social Security benefits could be at stake every five years, creating “substantial uncertainty for seniors and […] problems for future retirees,” Christy Bieber of Motley Fool wrote.

However, if the Senate takes the majority in the upcoming election, with Mitch McConnell becoming majority leader, there is likely no cause for alarm.

2022 Stimulus Checks: Is Your State Giving Out Money This Year?
Explore: 15 Worst States To Live on Just a Social Security Check

In response to Scott’s plan, McConnell told news sources, “We will not have as a part of our agenda a bill that raises taxes on half the American people and sunsets Social Security and Medicare within five years.”