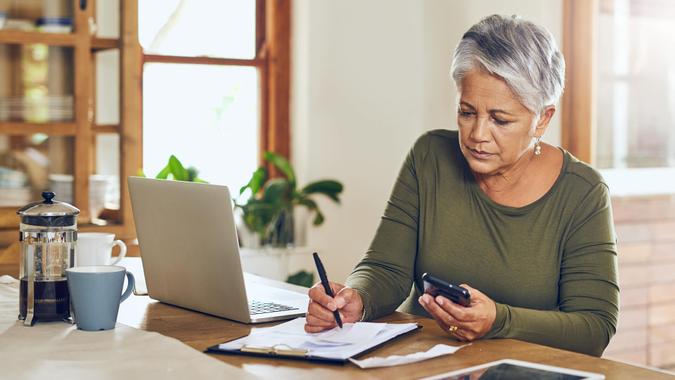 Freelancers make up roughly 36% of the U.S. workforce, according to statistics from FinancesOnline.com. In 2020, 59 million Americans freelanced, and the FinancesOnline report said it forecasts that number to grow to 90.1 million or more by 2028 — good news for businesses great and small as well as for the broader U.S. economy.

While freelancing and the gig economy allow individuals the freedom to set their own hours and work from a variety of locations, this career path presents other challenges — more specifically, saving for retirement.

A 2021 Pew Research survey showed that less than 25% of nontraditional or “gig” workers were invested in a traditional workplace retirement plan such as a 401(k). More than 78% of gig workers have not invested in an Individual Retirement Account (IRA), while 41.6% say they have no funds in a workplace defined contribution plan. Another 14.3% have less than $50,000 saved in an IRA, and 31.1% have less than $50,000 saved in a 401(k) or other work-related retirement account.

Lack of access to employer-based retirement plans is a huge problem for gig workers, the study showed. Only 46.3% of those polled had access to a workplace retirement plan — investment vehicles which often provide matching funds to assist with retirement savings. Those who did have access to such retirement plans were primarily employees who worked a traditional job alongside part-time side gigs.

However, even gig workers who have access to a retirement plan — or take it upon themselves to research options such as IRAs or other investments — often have nothing left to save after paying their bills and other necessary living expenses.

One Lyft driver in Los Angeles, California, told MarketWatch: “There’s nothing left over by the time you pay your bills and you live, and nothing to save for retirement.”

Discover: Unclear on Social Security Benefits? These Are the 4 Types Seniors Should Know

What About Social Security Income for Retirement?

But many gig workers have failed to pay self-employment taxes because they didn’t know they were supposed to. In the past, companies like Uber, Lyft, and DoorDash did not have to issue a 1099-K form (to show supplemental income) to workers unless they made more than $20,000 for the year and had 200 transactions, MarketWatch reported. Beginning in January 2022, companies must now issue 1099-K forms to any worker that earned more than $600 for the 2021 tax year.

However, gig workers often have many deductible expenses. Since self-employment taxes are paid on your adjusted gross income — after tax deductions — workers may end up paying (unexpectedly) less taxes than anticipated. Since Social Security income is based on your earnings history (and by extension, tax contributions) the amount many gig workers pay into Social Security may not be enough to make a dent in living expenses when disbursement begins.

Other Retirement Solutions in a Gig Economy

Companies that primarily hire gig workers are looking into ways to solve the problem, offering portable benefit plans and increased education regarding investing for retirement. DoorDash, for instance, launched an educational program — in conjunction with the National Urban League — that offers drivers financial information and education concerning investment options as well as ways to save on daily expenses.

Uber and Lyft both told MarketWatch that their organizations are working with leaders to update labor laws, perhaps opening the door for gig-work companies to provide portable benefits and other protections to their workers.