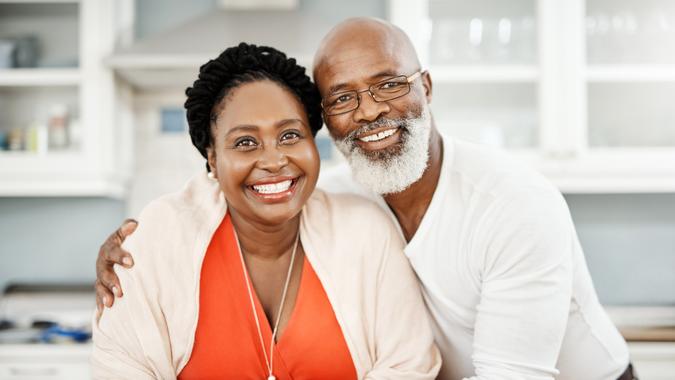 The golden years are looking especially golden for certain Americans who have the financial wherewithal (and desire) to retire early while also delaying when they get their Social Security benefits — something that’s happening more frequently these days, thanks to the pandemic-era combination of stimulus payments, soaring home values and stock-market gains.

A new analysis of government data conducted by the Washington Post found that the COVID-19 economy has created “some of the strongest incentives to retire in modern history.” At the same time, many of those who are retiring are also waiting to claim their Social Security benefits to ensure bigger monthly checks.

A WaPo analysis of U.S. Bureau of Labor Statistics data found that the number of workers who applied for Social Security benefits in the 12 months ending in September declined 5% from the same period the prior year. That was the biggest drop in nearly two decades, according to the Social Security Administration.

Many experts say the trend has been driven by three separate forces: generous federal stimulus and unemployment insurance payments; bigger retirement funds thanks to stock market gains and soaring home values; and COVID-related restrictions that have forced seniors to apply for Social Security benefits online rather than in field offices.

“Usually in economic downturns, we see increased reliance on Social Security programs, and thought that’s what was going to be coming with the pandemic,” Lauren Hersch Nicholas, an economist at the University of Colorado at Denver, told the Washington Post. “The claiming numbers just don’t show that at all.”

Another factor driving retirements higher, especially among women, is the nature of the COVID-19 pandemic itself, which has contributed to both economic and health uncertainty.

“Health concerns are unique to this recession and may be playing a role, especially because workers ages 65 and above are less likely to be able to telework than younger workers,” Courtney Coile, an economist at Wellesley College, told the WaPo.

Claim Now: 10 Reasons You Should Claim Social Security Early
Social Security Analysis: Why CPI-E Is ‘Better Index for Measuring Inflation’ In Terms of COLA for Seniors

Retiring early might be an option for Americans with healthy bank accounts, but it’s not so easy for those who are still having a hard time making ends meet. As GOBankingRates previously reported, only 36% of non-retired Americans believe their retirement savings are on track to meet their post-retirement financial needs, and about one-third who had planned to retire say it will now happen later because of the pandemic.