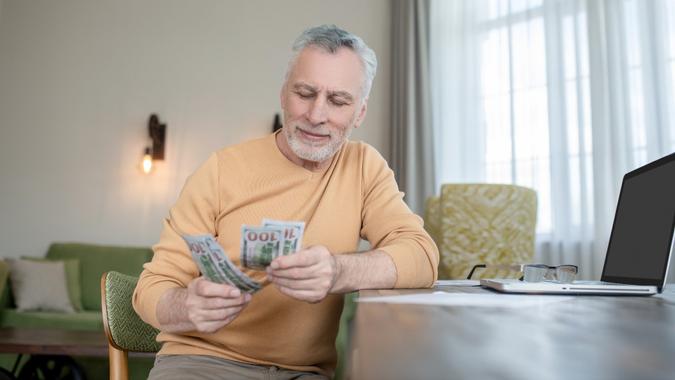 LATEST POLL: How Do You Plan To Travel Over the Thanksgiving Holiday?
Senior Stimulus: Advocacy Group Proposes One-Time, $1,400 Payment for Social Security Recipients

The bill, called “Social Security 2100: A Sacred Trust,” is slated to be introduced this week, according to a report from 401K Specialist. If it passes, it would provide an increase for all beneficiaries that is equivalent to about 2% of the average benefit, Larson said on his website. It would also tweak the annual COLA by adopting a CPI-E (Consumer Price Index-Elderly) formula designed to take into account health care expenses, which seniors spend a greater portion of their income on than other age groups.

“Improved inflation protection will especially help older retirees and widows who are more likely to rely on Social Security benefits as they age,” Larson wrote in a statement.

A higher cost-of-living adjustment is especially important now, with inflation running so high. As GOBankingRates previously reported, the COLA for 2021 was only 1.3%, which means next year’s adjustment will rise by more than 4%. Some senior groups wanted an even higher COLA for 2022 of 6% to 6.1%, arguing that it would be needed to fully cover the needs of seniors.

Other highlights of Larson’s bill include the following:

The bill would also require the wealthy to pay the same Social Security payroll tax rate as everyone else. Right now, Social Security taxes are not collected on annual wages over $142,800. Larson’s legislation would apply the payroll tax to wages above $400,000.