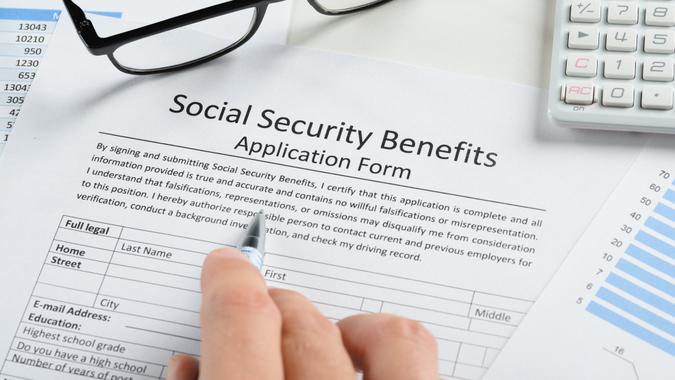 While the broad strokes of Social Security have remained the same since they were first created, the details of the program change constantly. Benefit amounts, earning limits, cost-of-living adjustments and more typically change annually, so it’s important to keep an eye on these updates, even if you aren’t yet receiving benefits.

Here are some of the most important changes to Social Security as of August 2022.

Inflation plays a big role in determining how Social Security payouts change every year. This is because the Social Security Administration makes an annual cost-of-living adjustment to beneficiary payouts based on changes in inflation.

Without a COLA, Social Security recipients would soon be left far behind in terms of the purchasing power of their benefits, as inflation can rapidly erode the value of a dollar.

To calculate the COLA, the SSA uses an index known as the CPI-W, which is a close relative of the better-known Consumer Price Index, or CPI. The SSA determines the COLA based on the year-over-year change in the CPI-W from July to September.

As inflation has skyrocketed in 2022, reaching 9.1% in June, predictions for the 2023 COLA have soared as well. According to the Senior Citizens’ League, the 2023 COLA may reach anywhere between 9.8% and 11.4%, depending on how hot inflation remains through September.

The COLA determination period is already underway, so keep your eye on CPI-W readings to get an early indication of the possible COLA adjustment before it is formally announced in October.

Some Social Security recipients assume that all payments are made on the same date, such as the first day of the month. But the reality is that your date of birth determines when you’ll receive your check.

For 2022, if you were born between the 1st and the 10th, your Social Security check will be paid on the second Wednesday of every month.

For those born on the 11th until the 20th of any month, Social Security benefits will be paid on every third Wednesday.

Finally, those born on the 21st until the end of the month will receive their Social Security checks on the fourth Wednesday of every month. This is true whether the last day of the month falls on the 28th of February, the 30th of April, June, September or November, or the 31st of any other month.

Exceptions to the Calendar Rule

As with any rule, however, there are exceptions. The payment dates listed above don’t apply in the following situations:

In each of these cases, you will receive payments on the third of each month.

Some Social Security beneficiaries receive SSI benefits but not Social Security payments. If this applies to you, your scheduled payment date will be the first of each month.

But it is true that if the Trust Fund does become insolvent, benefits will have to be reduced to 78% of current levels, according to SSA projections.

Fortunately, in the summer of 2022, the SSA announced that the Trust Fund is now projected to last at least until 2034, adding another year to fully funded Social Security benefits. This obviously doesn’t solve the problem, but it’s a move in the right direction.

Something That Hasn’t Changed Regarding Maximizing Benefits

Your Social Security benefit is based on a combination of how much you earn during your working career and when you claim benefits. The SSA counts only wages up to the annual limit, which was raised to $147,000 for 2022, and it counts just your 35 highest years of earnings.

Thus, if you want to earn the maximum possible Social Security benefit by the time you retire, you’ll need to reach or exceed the annual wage base for 35 years. Reviewing your earnings record in August can help you see whether you’re on track to reach that goal in 2022.