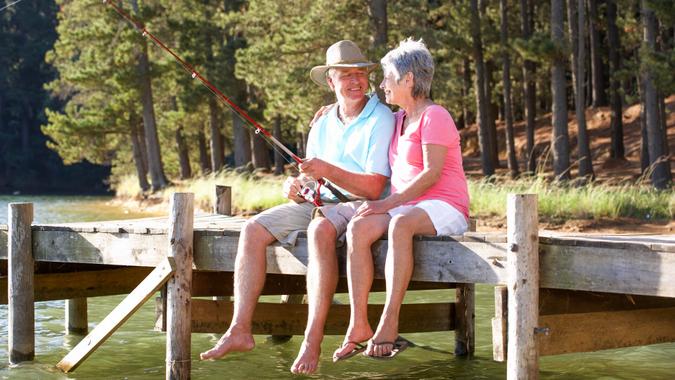 It can be a rude awakening to many retirees to learn that the federal government, in certain circumstances, taxes Social Security benefits. Even more surprising to some is that certain individual states also apply their own income tax to Social Security payouts. Fortunately, not many states fall into this category. Even those that do tax Social Security often provide exemptions or ways to reduce or eliminate the tax, typically based on age or income. Here’s a list of the states that don’t tax Social Security.

Read: 5 Places in Florida Where You Can Live Only on Social Security
Related: 7 Surprisingly Easy Ways To Reach Your Retirement Goals

Note that while New Hampshire does impose a 5% tax on investment income (dividends and interest earned), it does not tax wages or Social Security payouts.

The remaining 32 out of those 37 states, plus the District of Columbia, implement various credits or exemptions to help taxpayers avoid state-level Social Security taxes. These states are:

Retirees whose adjusted gross income is than $75,000 for a single filer and $100,000 for joint filers can deduct most or all of their benefit income, according to Investopedia. For people who make more than these thresholds, they can still deduct 75% of Social Security benefit payments.

In Kansas, if your adjusted gross income is $75,000 or less, you don’t have to pay state taxes on your benefits, no matter your filing status.

Although Social Security is taxable in Missouri, many seniors will not have to, specifically those who have an adjusted gross income of less than $85,000 (single filers/heads of household) or $100,000 (joint filers), according to SmartAsset.

For many retirees in Montana, Social Security is taxable. However, taxpayers who make less than $25,000 (single filers) and $32,000 (joint filers) can deduct all of their Social Security retirement income, according to SmartAsset.

Currently, Social Security benefits are still taxable in Nebraska, though on a sliding scale based on adjusted gross income, according to SmartAsset. [x] However, thanks to recent legislation, the state will phase out the state income tax on benefits by 2025, according to AARP.

You do not have to pay taxes on Social Security in Rhode Island if you’ve reached full retirement age, per the Social Security Administration guidelines, and have an adjusted gross income that falls below $86,350 (single filers/head of household) or  $107,950 (joint filers), according to AARP.

Vermont lawmakers recently voted to increase the income threshold that would exempt retirees from paying taxes on their Social Security benefits, according to AARP. Single filers with an adjusted gross income of $50,000 or less can now receive full exemption from paying state taxes on their benefits. If you make between $50,000 and $60,000, you’re eligible for a partial exemption.

Until 2021, Utah was the only state that taxed Social Security benefits the same way that the federal government does. Under the federal government’s system, Social Security was taxed based on a formula involving a taxpayer’s filing status and the size of their “combined income,” which was a combination of adjusted gross income, nontaxable interest and half of Social Security benefits. However, the state recently capitulated and now uses its own income-based tax credit system to offset Social Security income for single filers earning less than $30,000 and joint filers drawing less than $50,000. Those who earn more than those thresholds can still get a partial exemption on their benefits-the tax credit is reduced by 25 cents for each dollar above the income thresholds mentioned above, according to AARP.