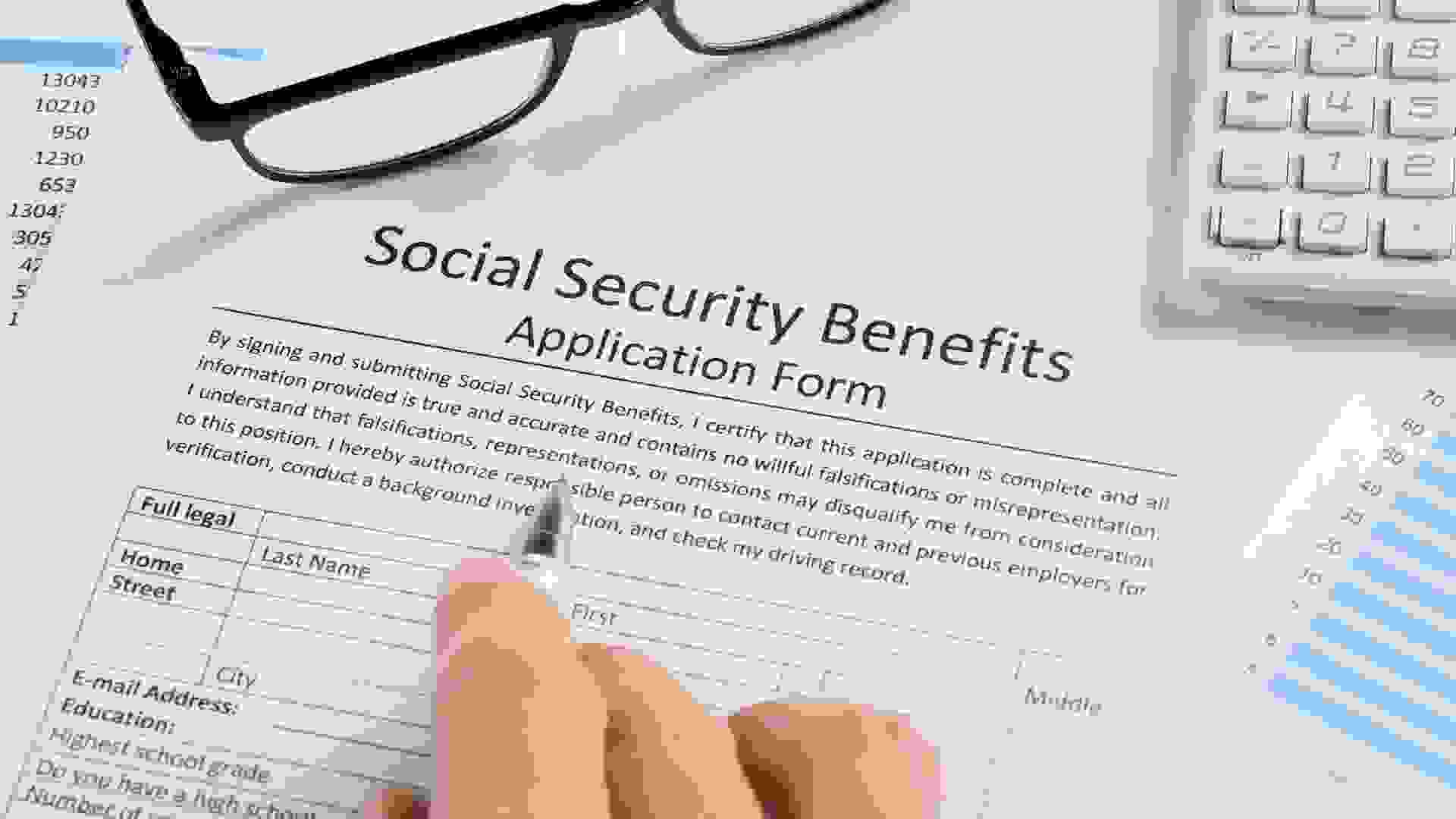 Social Security is the core foundation of American retirement, with nearly 9 in 10 people who are 65 and older receiving benefits. It’s also a bedrock for workers with disabilities, along with the spouses of deceased workers. In total, 65 million people will receive approximately $1 trillion in benefits this year, according to the Social Security Administration.

But it might not always be this way. The COVID-19 pandemic has exacerbated an already stressed program, and it’s safe to say the U.S. is facing a Social Security crisis. The future depends on how former Vice President Joe Biden or President Donald Trump will address it. And as you might expect given their opposing views on just about everything, their intentions for Social Security have little in common.

In looking at how Biden and Trump will handle the crisis if elected, it’s important to note that Biden’s Social Security plan is available on his campaign site, while Trump does not have a plan posted online. In the absence of a clear plan from Trump, GOBankingRates has pieced together remarks from Trump, as well as moves he’s made. Take a look at what may be the future of Social Security. 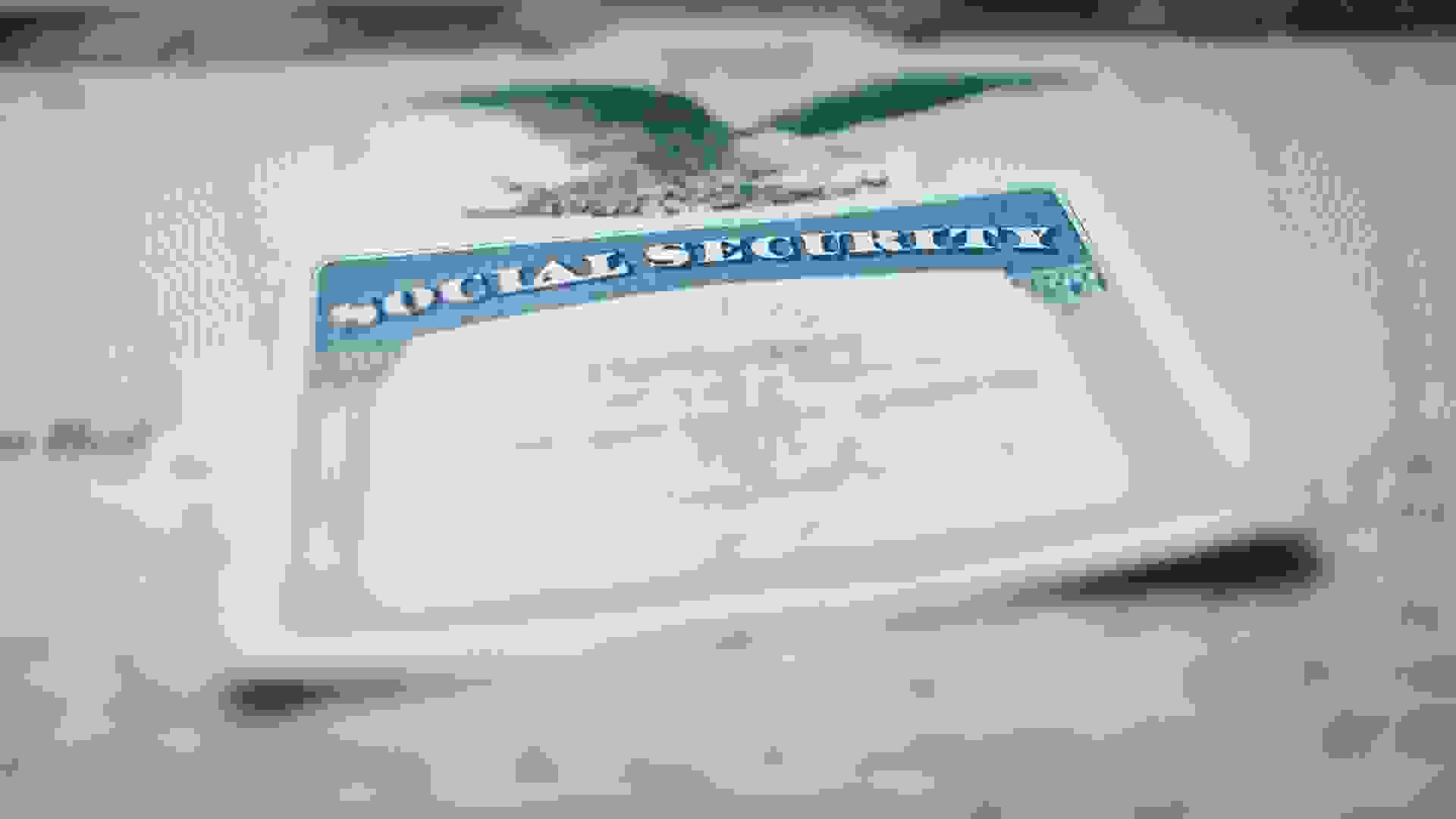 What’s Going On With Social Security?

As Americans head to the polls — or to the post office — it’s important to recognize that the Social Security crisis is dire and things have been grim since before the pandemic. Here’s a recap of what has happened: In its 2019 annual report, trustees of the Social Security and Medicare trust funds stated that the cost of paying Social Security benefits in 2020 would exceed the amount of income the program collects. The trust fund would cover benefits through 2034 before being depleted, according to the report.

Remember, this was before the pandemic. Now, in a coronavirus-ravaged economy, things are looking worse for Social Security. A report published by Penn Wharton at the University of Pennsylvania in late May helps explain why that is — highlighting the following issues: loss of jobs, lower interest rates and a prolonged period of low inflation. These all complexly contribute to a drop in Social Security revenue.

What exactly happens next depends both on the timeline of economic recovery and who runs the country. 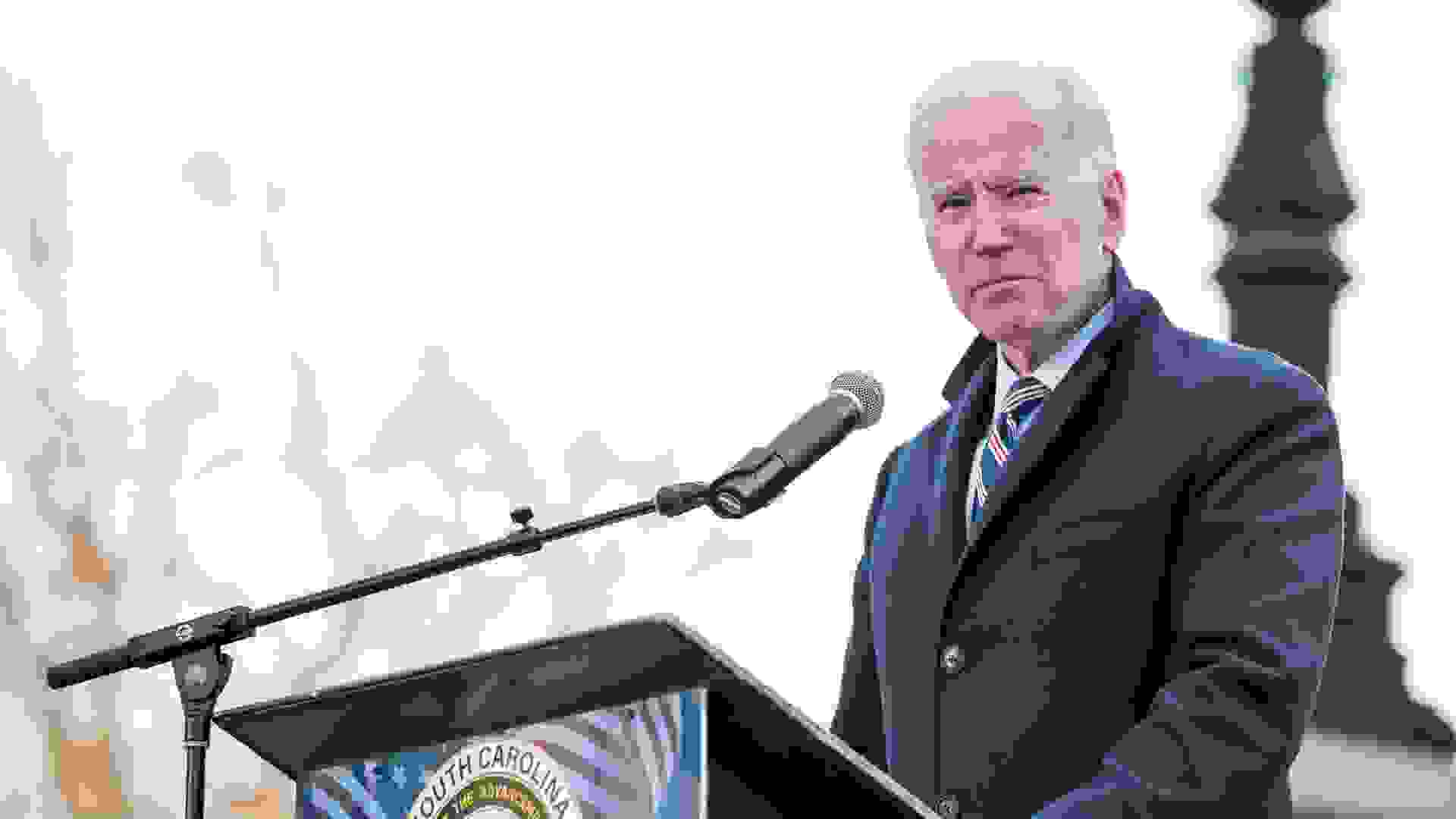 Overall, Biden’s chief objective concerning Social Security is to ensure long-term solvency and prevent cuts to retirees. Essentially, his agenda looks to enforce, protect and expand Social Security benefits. This falls in line with his overarching objectives to empower America’s middle class. Here’s a look at six of the tenets in Biden’s comprehensive plan of attack. 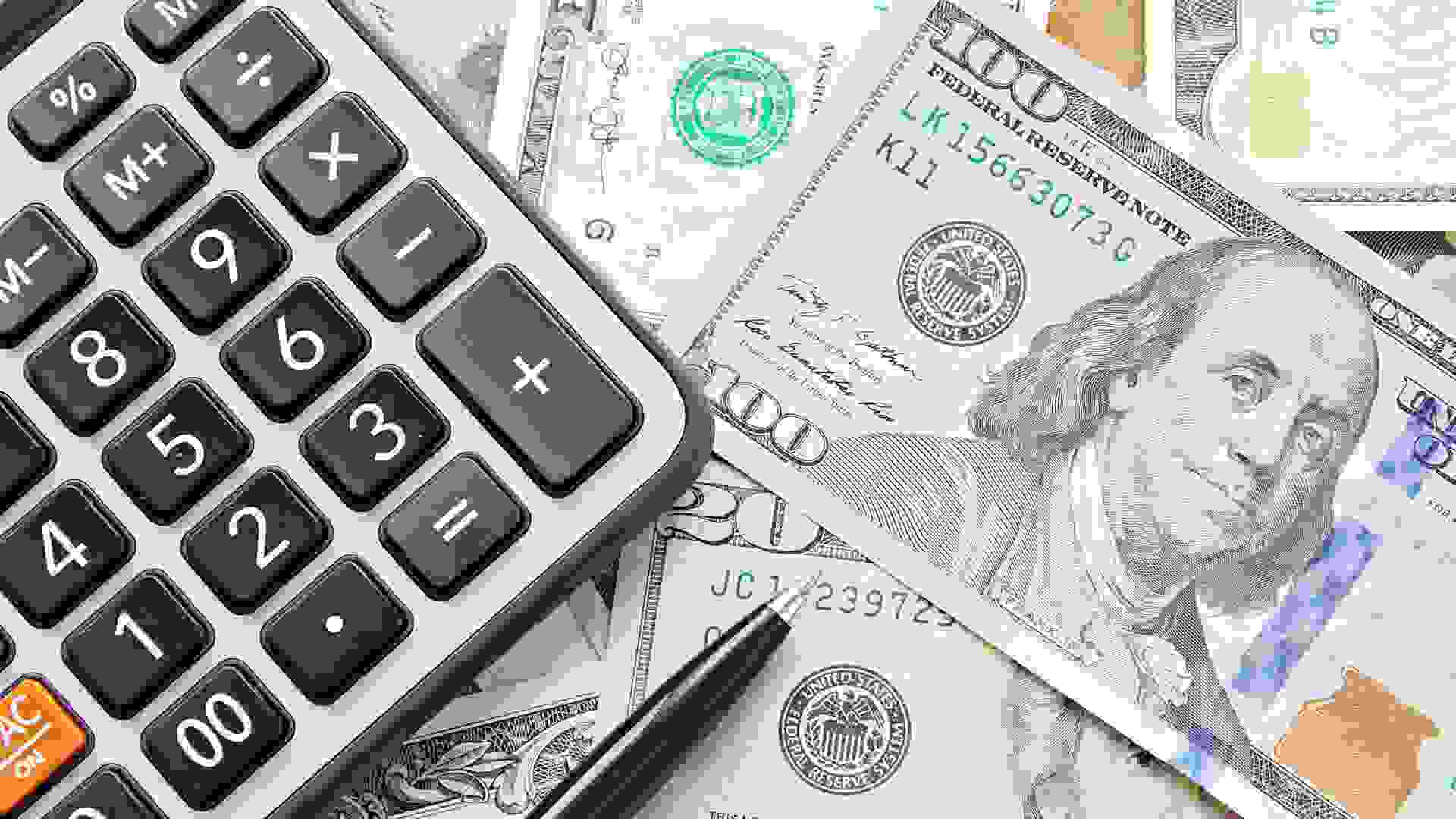 Raise Taxes for the Richest Americans

The first step in achieving Biden’s goal comes by increasing taxes among the highest-earning Americans so that they pay the same tax rate as lower-income families. This would be a big change from the present-day system, which, thanks to President Trump’s 2017 tax cut, benefits not just the top 1% but the top 0.1%. In 2018, this elite group paid an average collective tax rate of 23%, while the bottom 50% of U.S. households were taxed 24.2%. 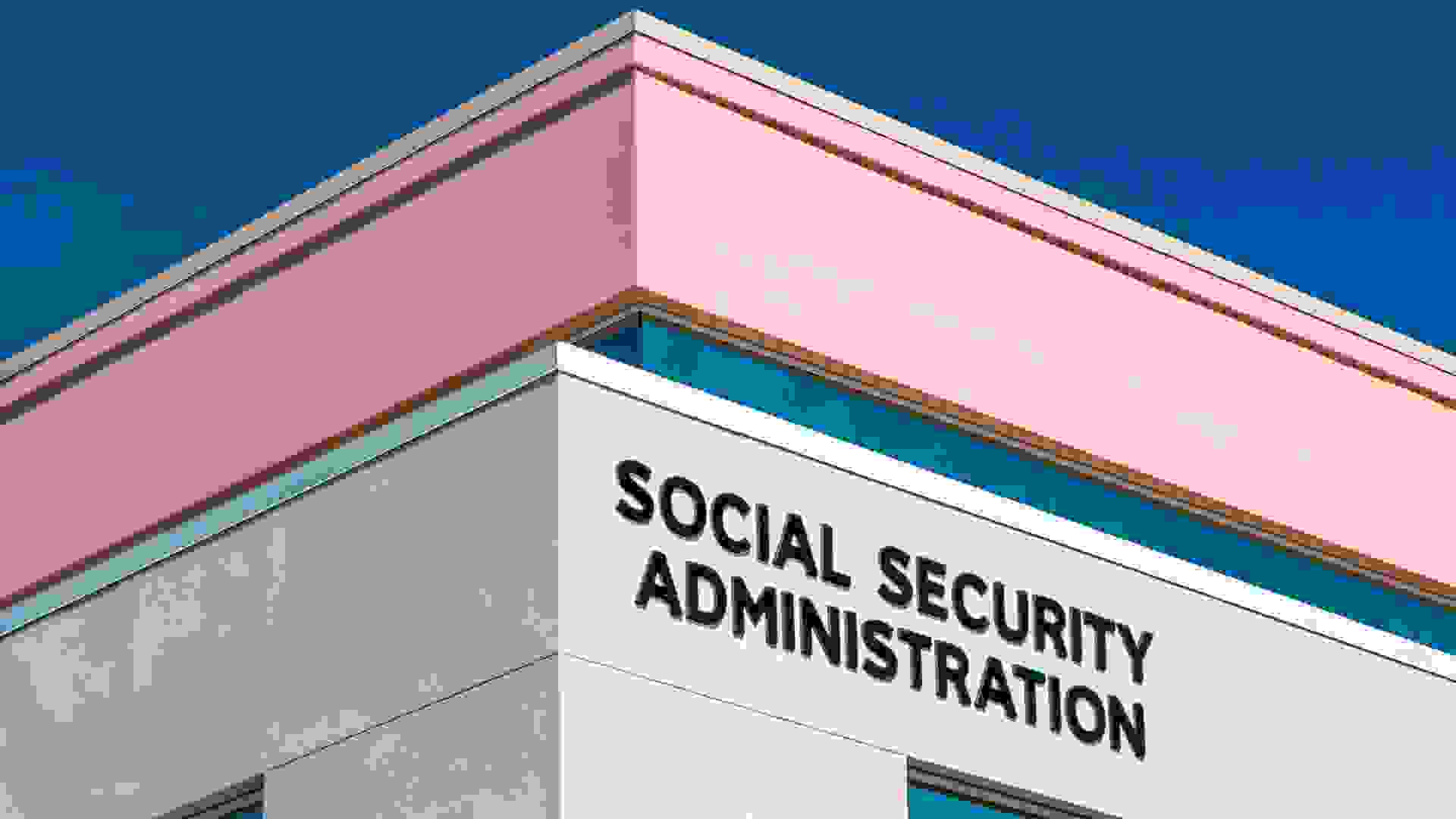 The Social Security system is a public one that is run by the federal government. Biden wants to keep the public model. In that scenario, Americans would presumably continue to fuel the general fund with their tax dollars, and those dollars would in turn be directed to recipients who are currently claiming benefits. President George W. Bush had an ambitious and ultimately unsuccessful plan to privatize Social Security. Privatization would change the way Social Security inherently works and would be more of a fend for yourself — or more like “fund for yourself” — with taxpayers’ fund’s value hinging on that of their investments in the market. In this scenario, it’s easy to imagine how poor people would almost instantly fall through the cracks as the universal nature of this program is demolished.

See: Here’s How Much Your Social Security Check Will Increase in 2021 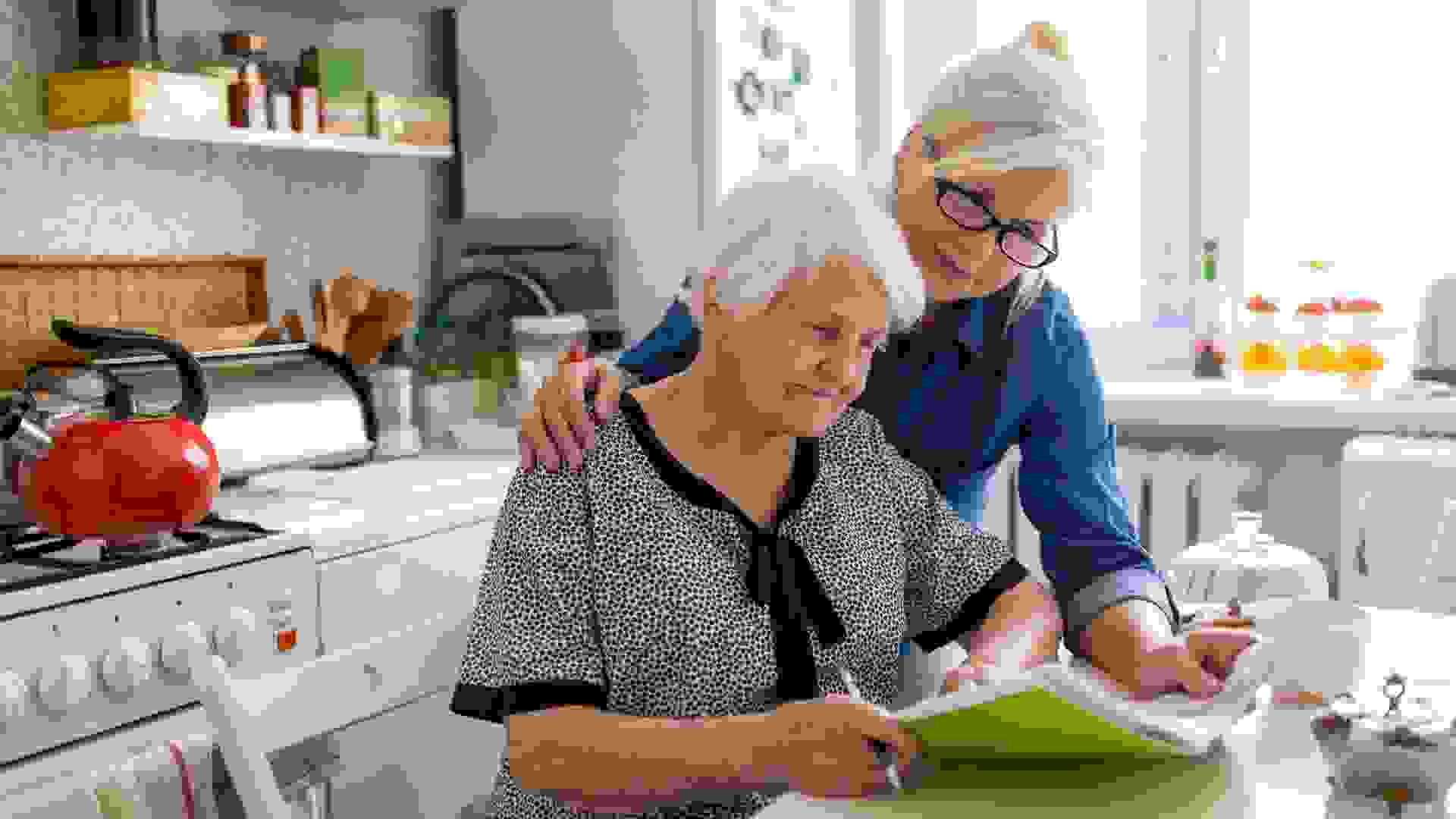 Give Raises to the Elderly

According to the National Council On Aging (NCOA), over 25 million Americans, ages 60 and over are economically insecure — living at or below 250% of the federal poverty level. For many elderly people, Social Security is the lifeboat keeping them out of total insolvency. But Biden wants it to do more — at least for the most aged Americans — those who have been claiming benefits for 20 years or more — by giving them a higher monthly check. 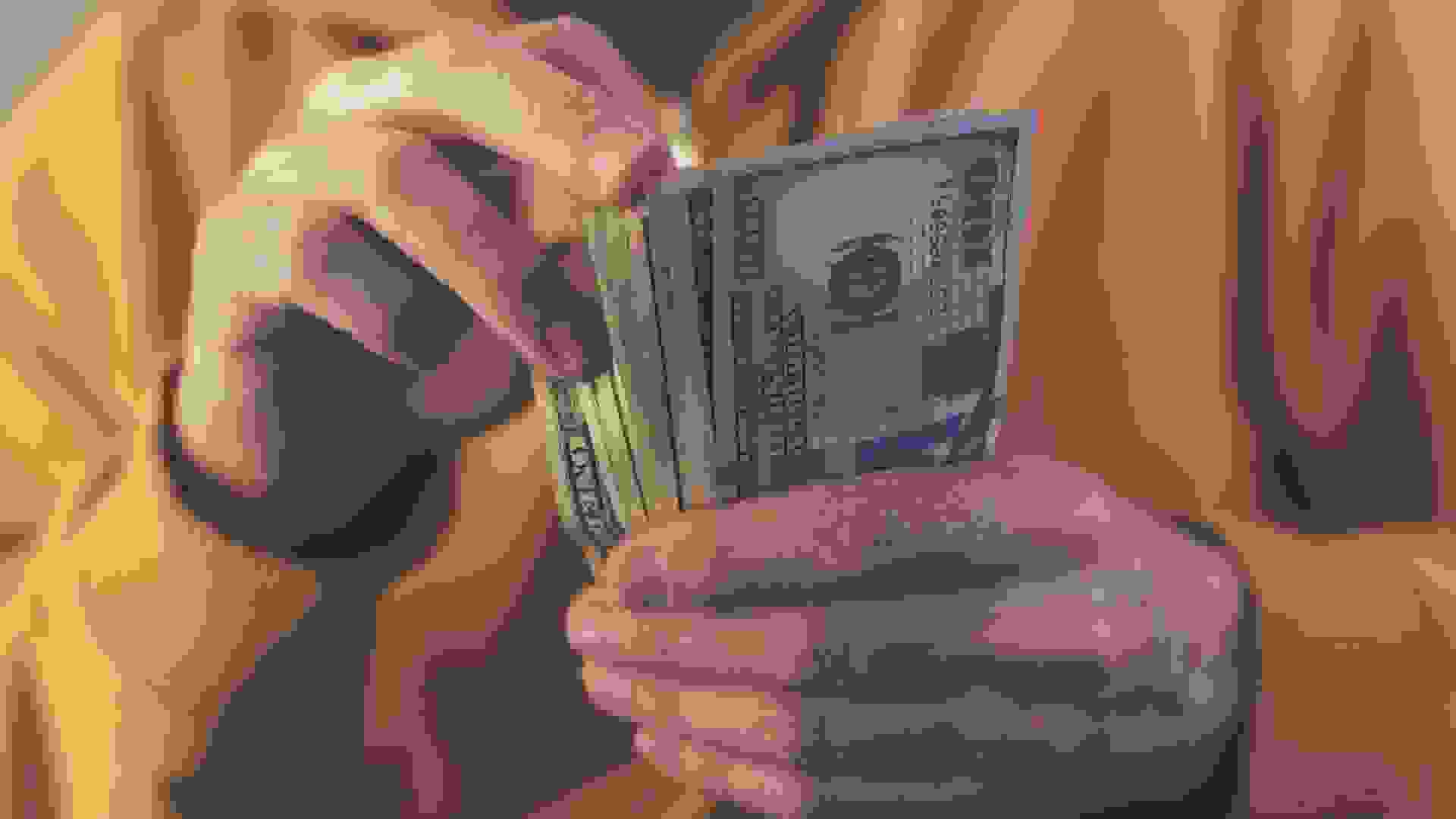 Biden intends to raise the minimum benefit and give more money to people who spent 30 years or more in the workforce. If he gets his wish, qualifying beneficiaries would get a benefit of at least 125% of the poverty level. This could potentially encourage people to retire when they’re actually eligible for benefits rather than putting in more years at work to save up for retirement. 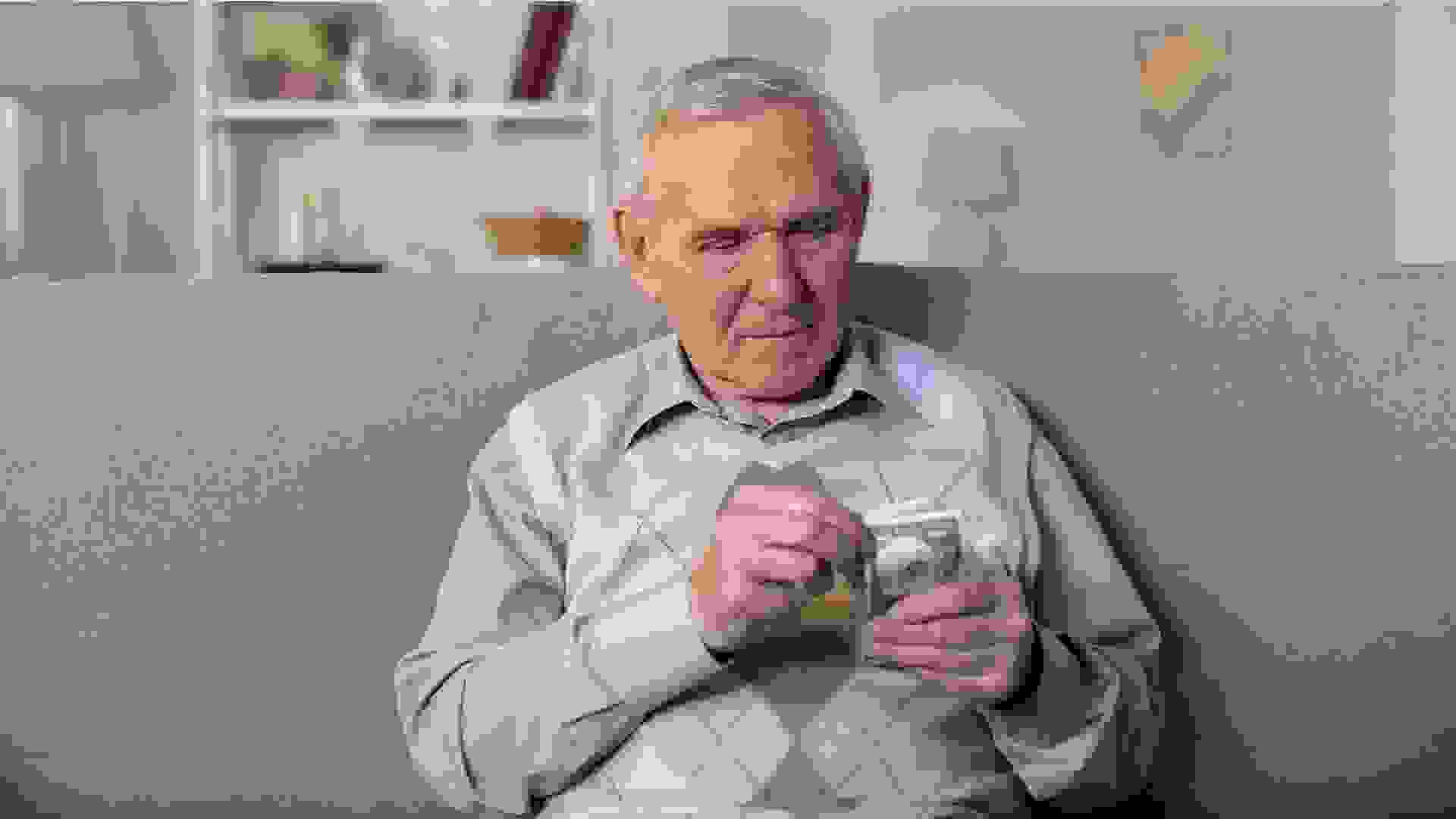 Up Bereaved Spouses’ Monthly Benefits by 20%

The coronavirus pandemic has hurt everyone, but retirees have been dealt an especially harsh blow. The older you are, the more at risk you are for complications from COVID-19. According to data shared by the Kaiser Family Foundation, adults 65 and older account for 80% of COVID-19 deaths in the U.S. Writing for Psychology Today, Dr. Samoon Ahmad, M.D. spoke to the high likelihood that many elderly individuals — particularly elderly women — could be widowed during this pandemic. This all ties to Biden’s plan to allow surviving spouses to keep a higher share — about 20% more — of their deceased spouse’s monthly Social Security benefits. 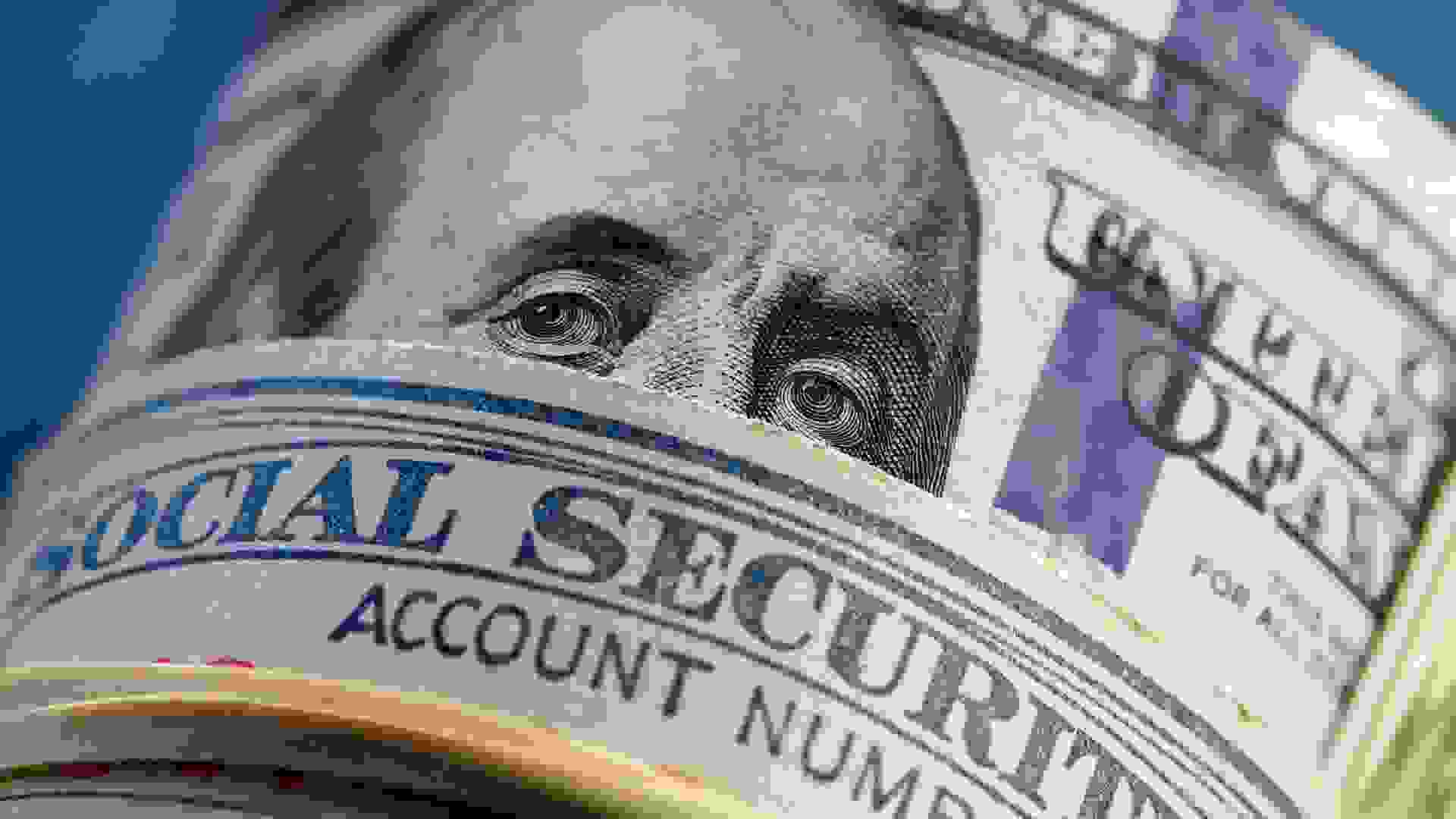 Important: Understanding Social Security Retirement Age and Why It Matters 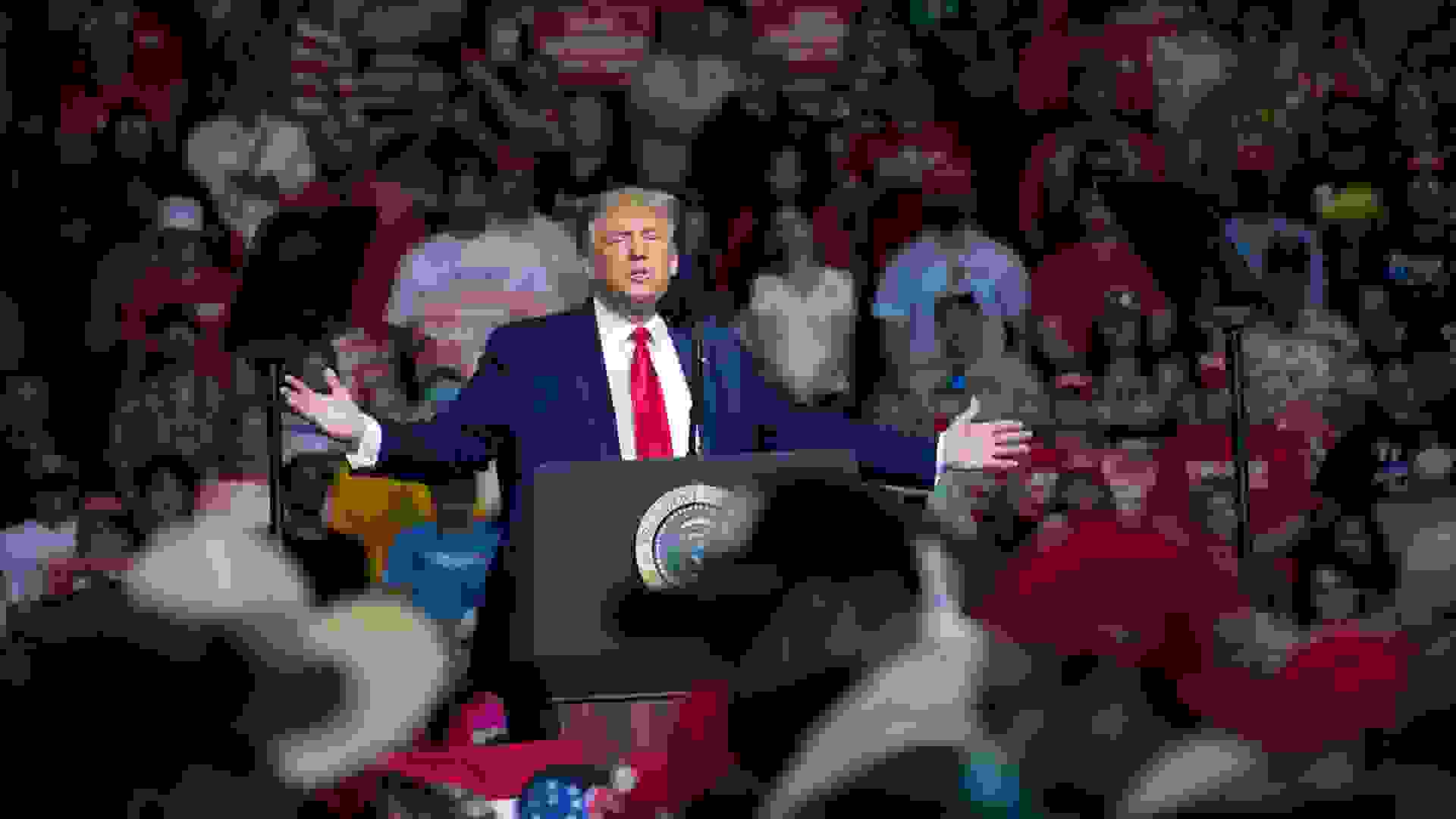 And Here’s What Donald Trump Would Do

Unlike Biden, Trump does not have a detailed proposal available to the public about what he intends to do in regards to Social Security in 2021 and beyond. But he has made some promises — and threats. Here’s a look at five moves he’s alluded to making around Social Security if reelected. 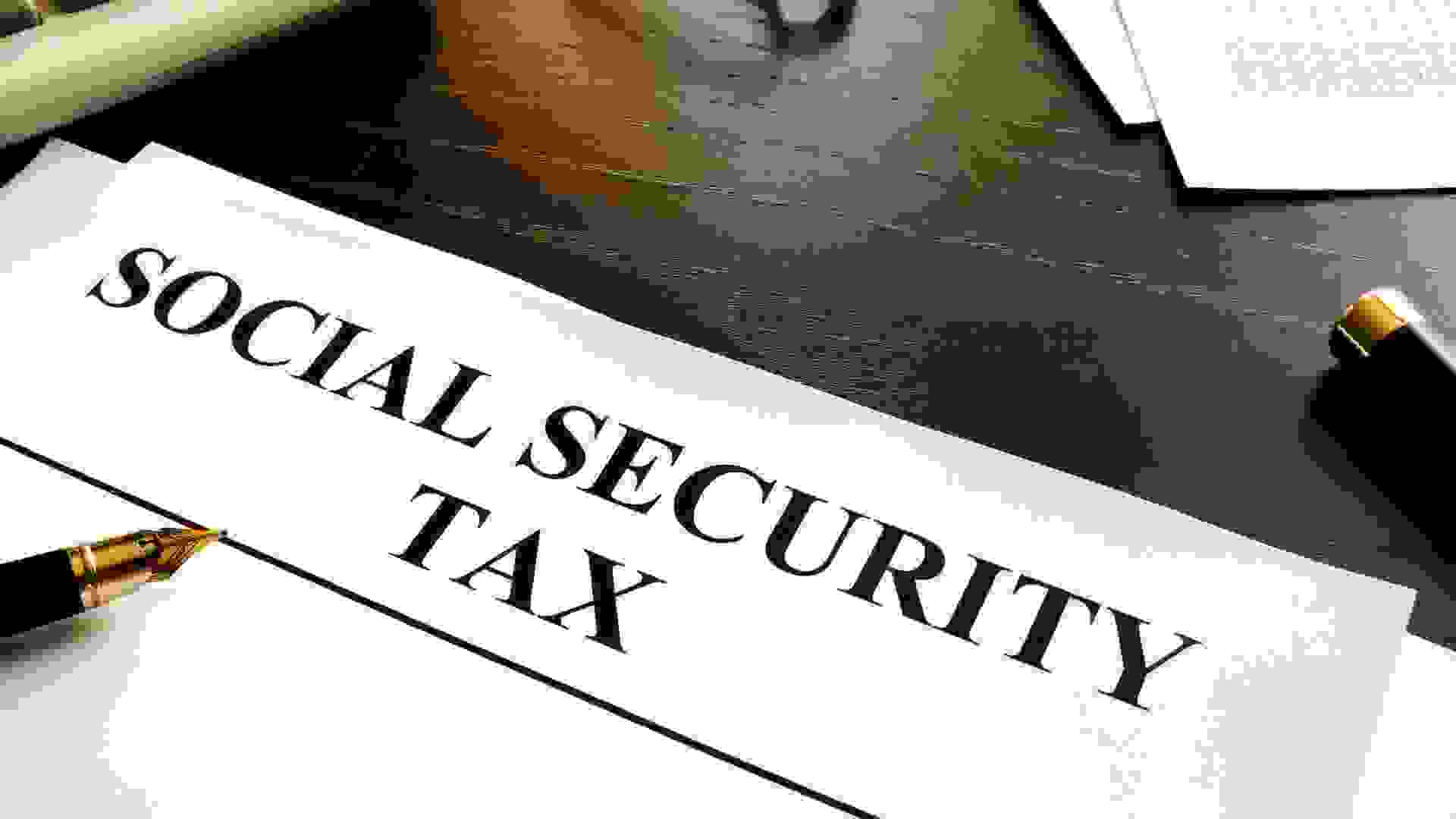 In August 2020, Trump signed an executive memorandum to defer the collection of the payroll taxes that American workers pay toward Social Security. This payroll deferral is temporary — through Dec. 31, 2020, but Trump has been very keen on more long-term measures — namely, a permanent tax cut.

“If I’m victorious on November 3rd, I plan to forgive these taxes and make permanent cuts to the payroll tax,” Trump said. “I’m going to make them all permanent.” 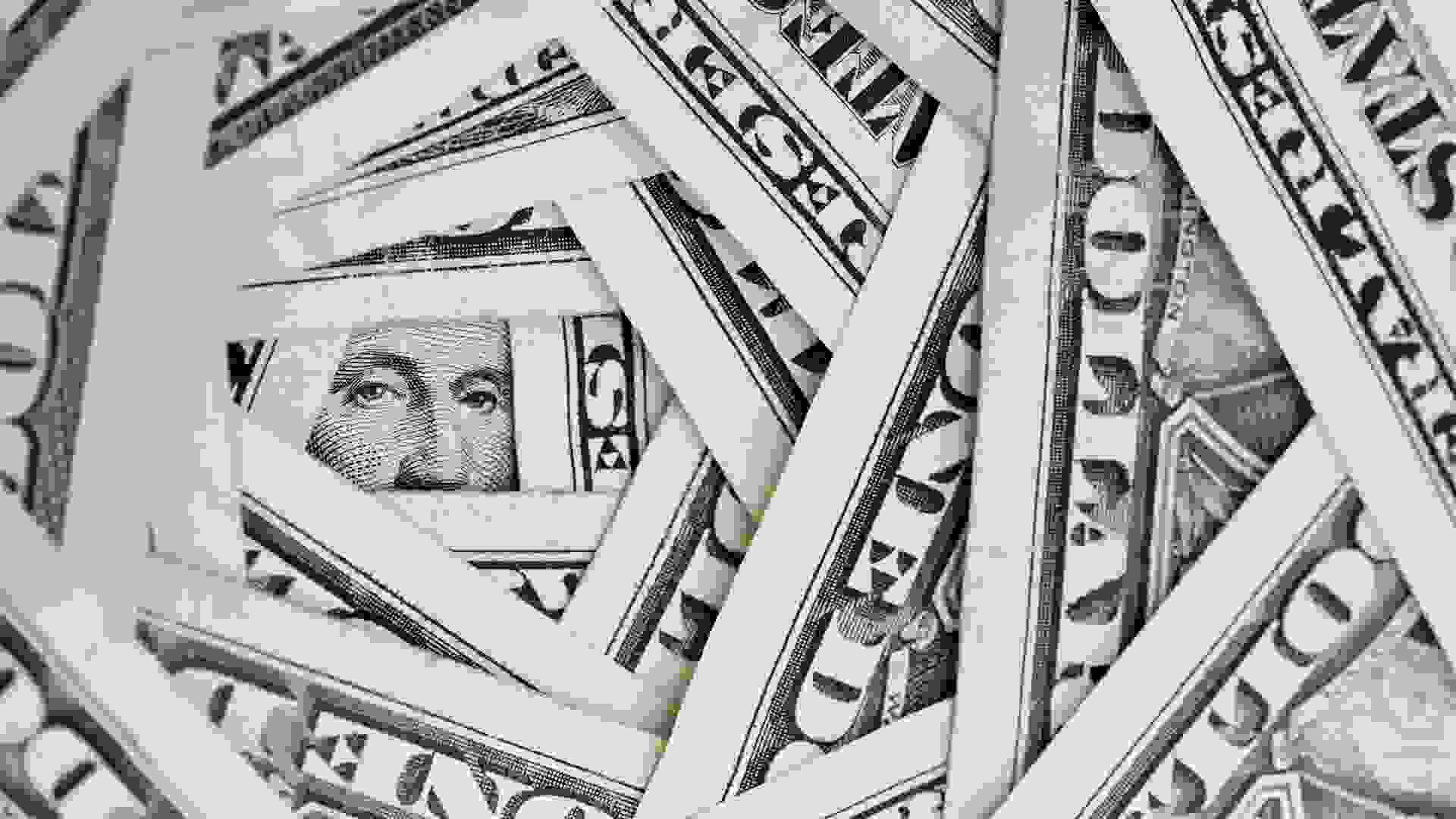 Trump has suggested that the way Social Security would be funded in the future, given his planned permanent tax cut, would be the General Fund.

Dubbed  “America’s Checkbook” on official U.S. government sites, the General Fund comprises assets and liabilities that fund governmental operations. Monies from this fund, which are largely financed by revenue from sales taxes, income taxes, interest earnings, gross receipts and compensating taxes, are spent on public schooling, higher education, health and human services. Under Trump’s not super-clear plan, this fund would also provide the more than $1 trillion in Social Security benefits that are distributed across 65 million Americans. 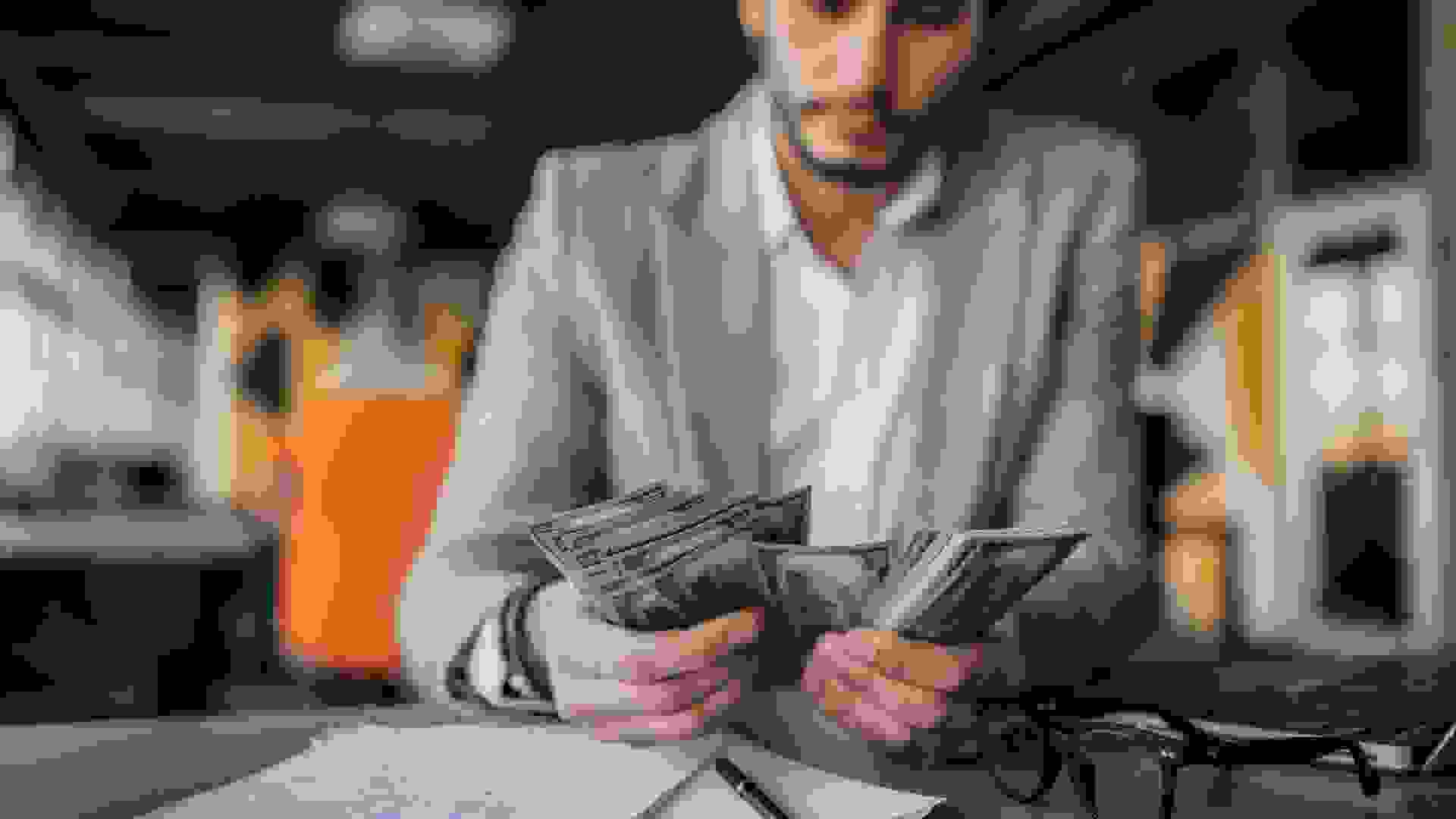 The pandemic has whiplashed the nation, but Trump is adamant that soon, there will be glorious economic growth.

“Next year — unless somebody comes in who doesn’t know what they’re doing and they start raising taxes and forcing everybody to leave the country or leave their jobs and companies to close — we will have tremendous growth,” he said in August. “You will see growth like you haven’t seen in a long time.”

Presumably, this new dawn in economic growth will be what funds the General Fund and enables Social Security benefits to continue in the absence of the payroll tax. 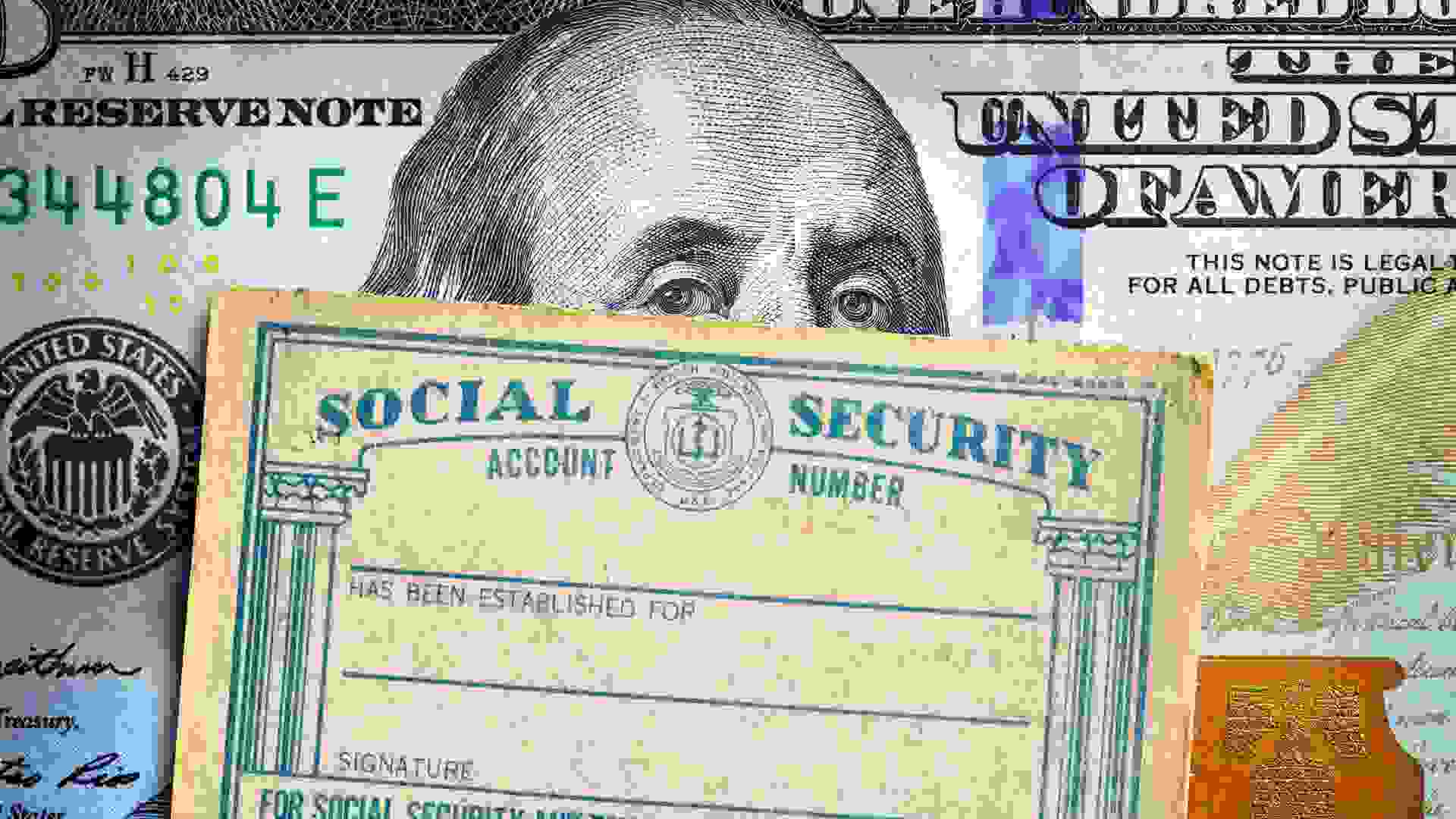 To recap: What Trump’s plan seems to come down to is to cut the payroll tax and use the General Fund to bankroll Social Security benefits. So from there, what needs to happen is an astronomical replenishing of the General Fund. Inducing economic growth beyond one’s wildest dreams is a tall order for a country that carries national debt north of $27 trillion and — still in the throes of a pandemic in which over 219,000 people have died — sports a 7.9% unemployment rate.

But one way Trump might attempt to stimulate the economy is by relaxing environmental regulations. Over the past four years, Trump has already rolled back dozens of rules governing clean air, clean water, etc. — and more are on the chopping block. Regulations, though prosperous in the long run, can be a costly adjustment. So the idea is: Loosen the rules, make more money in the short term. 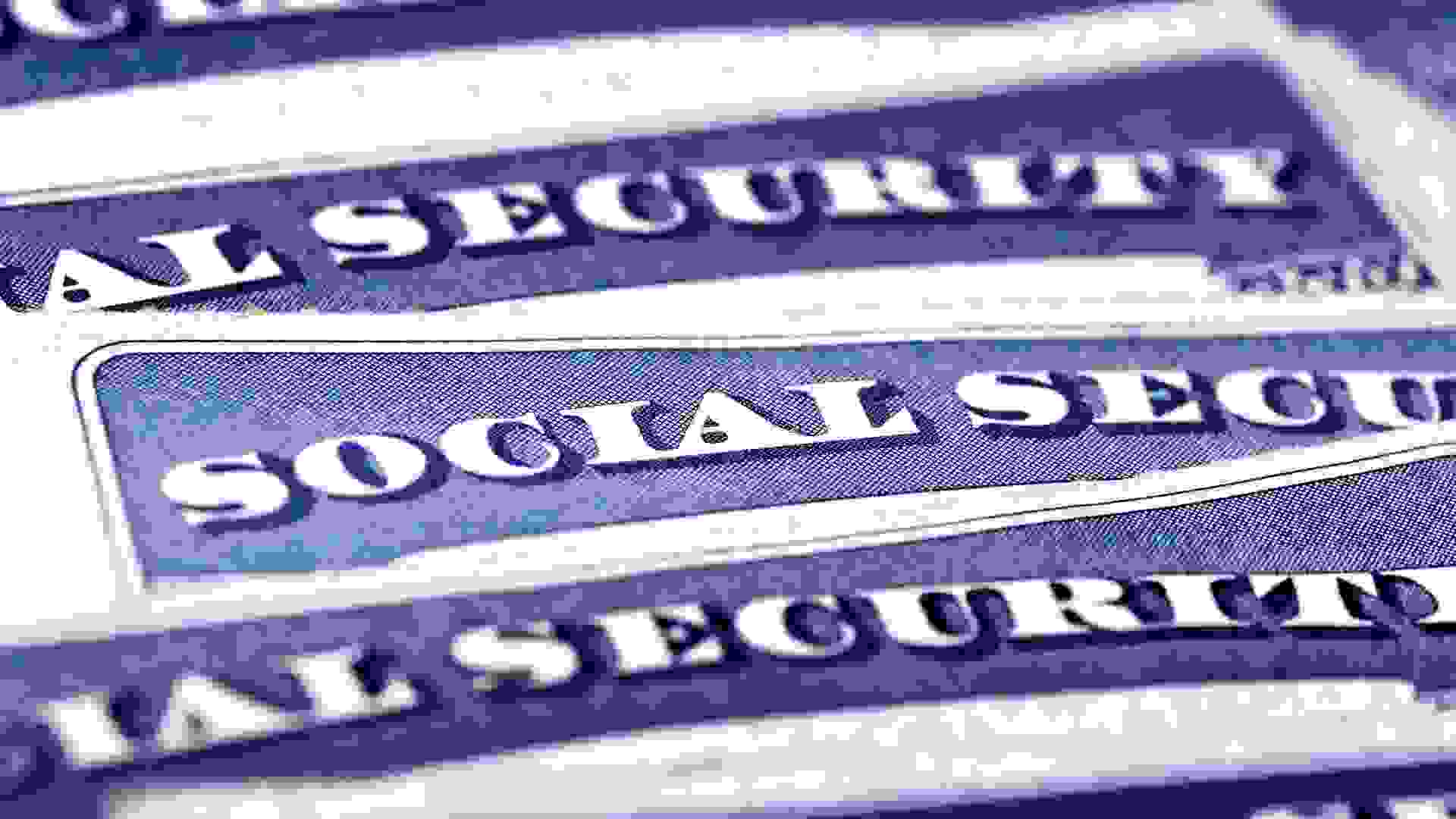 What’s Next? That’s Up To Americans

Of the two candidates, Biden has a much clearer and more comprehensive plan. It is admittedly difficult to piece together exactly what Trump intends to do when he has not outlined an explicit proposal. But we know enough about Trump’s plan to understand that he intends to overhaul the way Social Security is funded and possibly alter the nature and reach of governmental benefits.  Biden, on the other hand, wants to preserve and grow Social Security, making the program as Americans know it more robust in the time of COVID-19.

What’s next for Social Security? That’s up to you, voter. 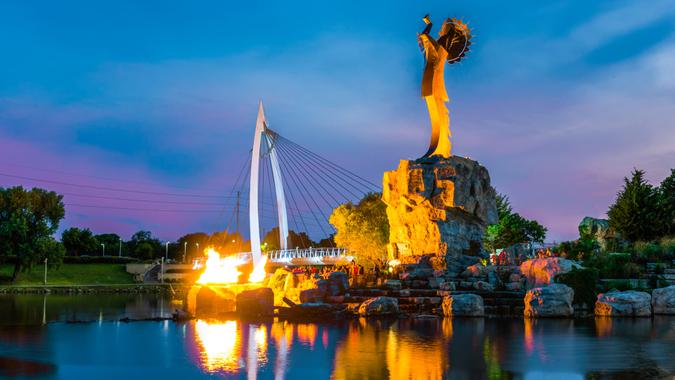 25 Cities Where Your Social Security Will Cover the Rent

Find out where you can live on a fixed income in retirement.