What Is the Best Age To Take Social Security? 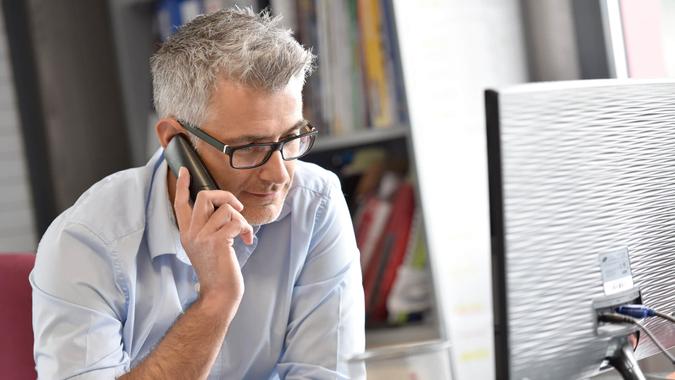 The age-old debate over what is the best age to take Social Security seems like it will never end.

Part of the reason is that there is no black-and-white answer. Like many financial computations, your own personal situation will determine what the right age for you is, even if it’s different from your friends, family members or those in the financial press.

The bottom line is there are pros and cons to taking Social Security at any age, and you’ll have to weigh what makes the most sense for you in terms of your financial security. Here’s a look at three common times retirees take Social Security, along with the reasons they may or may not be the best choice for you.

Perhaps not surprisingly, age 62 is a popular age for retirees to claim Social Security, with more than 25% opting for this choice. After all, there’s definitely some appeal to getting what feels like “free” money from the government as soon as possible. And, for some retirees, this is the best choice.

If you have few other sources of income, for example, and Social Security will put food on the table, then you might have little choice than to claim early. Others choose age 62 because they want to get checks for as long as possible. And still others take the opportunity to live overseas in a low-cost country, where the size of a Social Security check, even at age 62, can be plenty to live on.

Be aware that the biggest drawback of drawing Social Security at age 62 is that you are permanently reducing the amount of your check, to the tune of about 30% less than you would receive if you waited until age 67.

For those born in 1960 or later, full retirement, as designated by the Social Security Administration, begins at age 67.

As the life expectancy for Americans has lengthened significantly since Social Security was introduced in the 1930s, more and more are not only living longer but also working longer. Whereas retirement used to mean a gold watch and a pink slip at age 65, many Americans now work until 67 and beyond. This is at least part of the reason the percentage of Americans taking Social Security at age 62 has been dropping this century — down from around 50% in the mid-2000s.

The bottom line is that if you plan to work until at least full retirement, there may be no need to take Social Security early. By waiting until age 67, a $1,400 monthly benefit at age 67 will grow to about $2,000 – and this “pay raise” is permanent, for the rest of your life.

If you can wait until age 70 to claim your Social Security benefits, you’re in rare company. Only about 5% of men and 7% of women file at age 70, according to the Social Security Administration.

The reasons for this are numerous. First, many retirees simply can’t afford to wait eight years after age 62 to start receiving benefits. Second, Americans in poor health may fear not even surviving until age 70 or being in a condition where they’re unable to enjoy their benefits.

But, if you don’t need the money — perhaps you plan to continue working or you have another source of retirement income — or if you’re in excellent health, waiting until 70 comes with a huge payout. If you were born in 1943 or later, for each year that you delay claiming Social Security after age 67, your checks will rise by 8% annually. That’s just shy of the average annual return of the stock market, one of the best performing asset classes, without any of the risk. That means a $2,600 monthly benefit at age 67 could grow to about $3,300 at age 70.

What Is the Breakeven Point?

Social Security has a breakeven point at which you’ll have drawn the same amount of benefits regardless of when you started. For example, imagine you have the option to draw $1,500 monthly at age 62 vs. $2,100 at age 67. If you start at age 62, you’ll have drawn $90,000 by the time you hit age 67. Since you’d be earning an additional $600 per month if you had waited until age 67, it will take you 150 months, or 12.5 years, to reach your breakeven point. In this case, once you reach age 79.5, you’ll have earned the same amount of money whether you started at age 62 or waited until age 67.

If you’re looking to maximize your total benefits, you’ll have to make a guess as to whether you expect to live beyond the breakeven point. Of course, no one can know with certainty how long they will live, but you can factor in variables such as life expectancy tables and your own general health and well-being to make an estimate. If you’re a healthy individual who comes from a long-lived family, for example, you’ll likely earn the most by waiting until age 70 to begin drawing benefits.

There is no definitive answer as to when you should take your Social Security benefits. Factors ranging from your health, your current retirement savings, your life goals and your future retirement date all play a role in helping determine when the best age is to maximize your benefits.