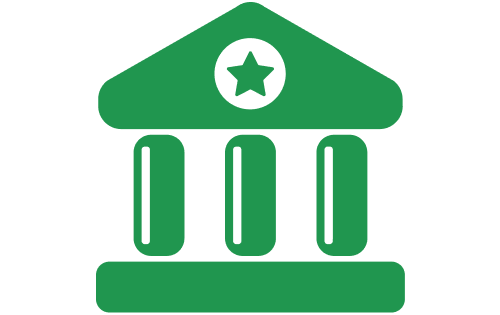 4.3
SCORE
GOBankingRates Best Banks 2023 scores and rankings are objectively determined by our research/editorial team. Our scoring formula weighs several factors that differ from category to category depending on what consumers want from varying products and banks.
Quick Take: NFL Game Pass is a great way for NFL fans outside of the U.S. or Canada to watch live preseason, regular season and postseason NFL games on mobile devices and TVs. Not only do you have access to live games, but you can also watch full and condensed replays and a weekly program of every touchdown with NFL RedZone. While options in the U.S. are a bit more complicated, this is probably one of the best options for most NFL fans abroad.
How did we calculate this?

The NFL Game Pass service in the U.S. has been phased out in favor of the NFL’s new streaming service, NFL+. All U.S. users with NFL Game Pass subscriptions are automatically moved to NFL+ Premium, which has many of the same features.

However, the NFL Game Pass is still going strong worldwide and is one of the best ways for NFL fans abroad to keep up with games as the season progresses. Users can access the service through the NFL Game Pass apps on multiple devices, including desktops, mobiles, tablets, Samsung Smart TVs, LG Smart TVs and more.

Here are some of the standout features of the NFL Game Pass.

NFL Game Pass costs $69.99 for an annual membership or $22.99 for a week of access. Depending on the country you are in, NFL Game Pass can be the cheapest way to watch NFL content in your region.

Here are some of the main features of NFL Game Pass.

NFL Game Pass users can access live streams of all season and postseason games from Kickoff to the Super Bowl. Preseason games are available as well. Unlike in the U.S., live games can be viewed on all devices, including smart TVs.

NFL RedZone can be the perfect fit for football superfans, and those who participate in fantasy football. Host Scott Hanson goes over every touchdown in each season game in a weekly seven-hour program. Up to eight games may be shown at once in the RedZone octobox, making sure you can see everything you need to.

If you’d like to get NFL Game Pass for longer than seven days but don’t want to pay the full $69.99 right away, then you can choose to pay in installments. NFL Game Pass allows users who choose an annual membership to pay in two installments of $35.00.

How the NFL Game Pass Stands Out

While every country may have its own cable and streaming providers that give users access to live NFL games or NFL RedZone, the NFL Game Pass stands out in the amount of extra content it provides. The NFL Game Pass is the best option for an NFL superfan.

While NFL Game Pass is available worldwide, every country may have different local cable and streaming providers that broadcast NFL games. Here are two examples from Canada and the U.K.

Sky Sports broadcasts NFL games and other NFL Network content live in the U.K. during the NFL season and postseason. NFL RedZone is broadcast on Sunday and other NFL shows premiere during the week. However, these are not available on demand like with NFL Game Pass.

The Sports Network is a Canadian paid TV channel that broadcasts live NFL games during the NFL season and postseason. Users can access NFL RedZone through their app, but all the other content that NFL Game Pass provides is unavailable.

To sign up for NFL Game Pass, you can visit the NFL Game Pass International website and sign up for an annual or weekly plan. Then you can use your credentials to sign in on any of your devices through the Game Pass app.

Who the NFL Game Pass Is Best For

If you’re someone outside the U.S. who wants to watch NFL games live and access the wide range of content that comes with an NFL Game Pass, then the service is worthwhile. If you just want to watch NFL games live, then you may be able to find a local cable or streaming provider that can give you access to live games for cheaper.