When it comes to living comfortably, it’s not only a matter of how much you make — it’s a matter of where you live. Because the cost of living varies widely from city to city, an income that affords you the high life in one region might be just enough to get by in another.

So, how much do you need to earn to live comfortably in your city?

To help you find the ideal salary needed to live a “comfortable” lifestyle, a recent study by GOBankingRates determined just how much you’d need in America’s 50 largest cities. The study used the 50-30-20 strategy, which suggests budgeting 50 percent of your income to necessities, 30 percent to “wants” and 20 percent to savings.

In order to determine what you’d need to live well depending on where you live, GOBankingRates surveyed monthly living expenses in the 50 most populous U.S. cities, according to U.S. Census Bureau estimates. This cost-of-living comparison included five factors for a single person: housing, groceries, utilities, transportation and health insurance.

Using the information in this study, you can find out where in America your income will allow you to buy the things you need as well as the things you want — all while saving one dollar out of five. 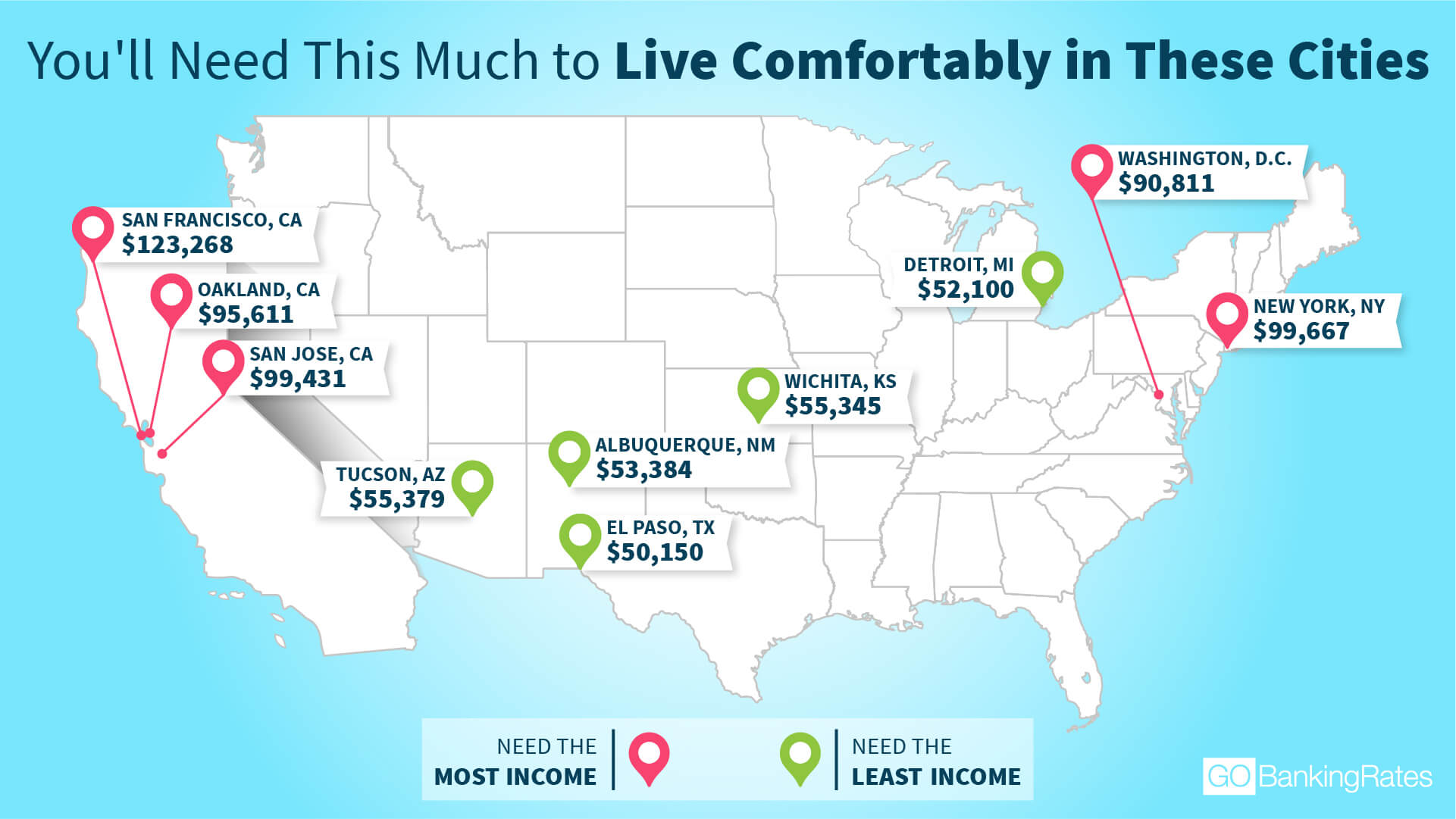 Did You Know? You Can Live Comfortably on Less Than $60,000 a Year in These Cities

The cost of living increased significantly year over year between 2016 and 2018 — but that trend didn’t hold true across the board. In Indianapolis, Anchorage, Alaska and Plano, Texas, for example, housing costs decreased, which bucks the national trend. In expensive cities like New York City and San Jose, Calif., the median household income increased over that time period by several thousand dollars.

The California Bay Area dominates the top of the list, with San Francisco requiring a whopping $123,268. Although New York comes in second at just under six figures, San Jose and Oakland take the No. 3 and No. 4 spots, respectively. Several Southwestern cities — including Tucson, Albuquerque and El Paso — rank near the bottom.

Here’s how much you have to earn in all 50 cities to live comfortably:

Keep reading to see the 13 U.S. cities where you need at least $80K a year to live comfortably.

Methodology: GOBankingRates surveyed monthly living expenses in the 50 most populous U.S. cities, according to U.S. Census Bureau estimates. This cost-of-living comparison included the following factors for a single person: (1) housing, using the median rent for a one-bedroom apartment in each city, sourced from Zillow’s January 2018 rental index; (2) groceries, using the recommended amount reported by cost-of-living database Numbeo.com for each city; (3) utilities for a 915-square-foot apartment in each city, according to cost estimates from Numbeo.com; (4) transportation costs according to the Economic Policy Institute’s Family Budget Calculator for each city or its nearest metropolitan area; and (5) health insurance premiums as estimated at the state level for 2016 by the Department of Health and Human Services.

Monthly costs were totaled and multiplied by 12 to get the annual dollar cost of necessities in each city. This dollar amount for necessities was then doubled to find the actual annual income needed to live comfortably in the city, assuming a person is following the 50-30-20 budgeting guideline, which requires an income double the cost of necessities. This study also compared the amount of income needed in each city to each city’s actual median pretax household income according to the latest U.S. Census Bureau data. The amount of money specified for savings is equal to 20 percent of the total income needed, and the amount specified for discretionary spending is equal to 30 percent of the total income needed. 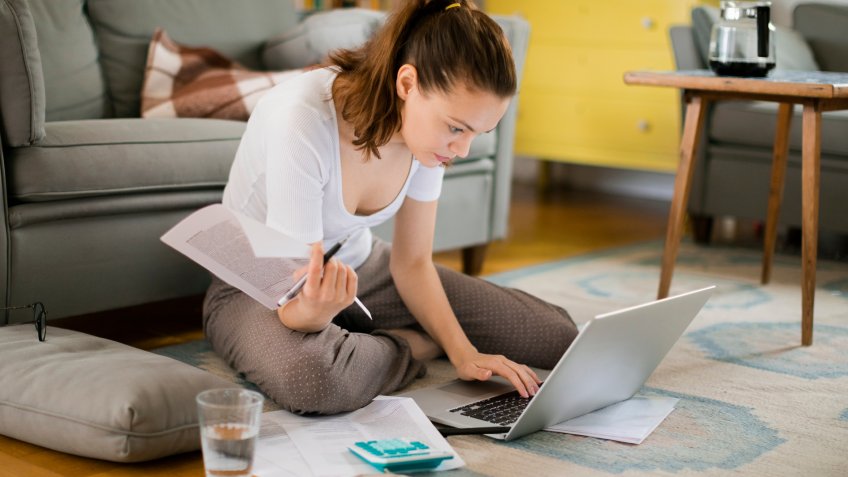 Quiz: Are You Smarter Than the Average American About Finances?

Test your financial knowledge with this money quiz.