How To Create a Budget To Beat ‘Shrinkflation’ 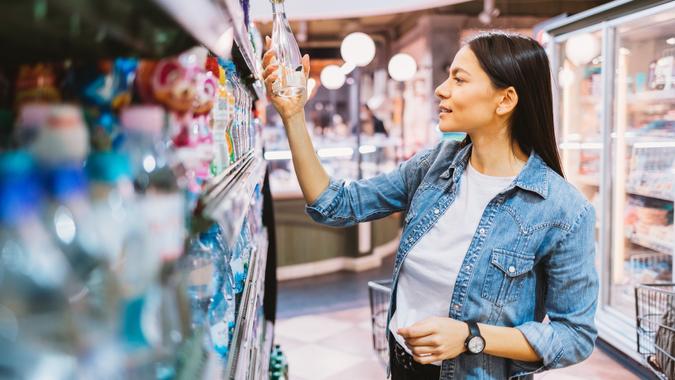 “Shrinkflation” has become an increasing concern for consumers — a recent survey conducted by Morning Consult found that nearly two-thirds of all adults (64%) are worried about it. These worries may be warranted, too.

Find: 9 Bills You Should Never Put on Autopay
Read: This Credit Score Mistake Could Be Costing Millions of Americans

With the rise of shrinkflation and inflation at the same time, many Americans are now spending more for less of the products they use every day. Here’s a closer look at the shrinkflation phenomenon and how you can adjust your budget to account for it.

What Exactly Is Shrinkflation?

For those unfamiliar with shrinkflation, Bill Van Sant, senior vice president and managing director at Girard, a Univest Wealth Division, offers the following explanation: “Shrinkflation is a form of inflation that is unlike traditional inflation in which prices simply increase; rather, shrinkflation is a ‘shrinkage’ of the amount of product a customer receives, while the price stays stagnant.”

Some goods are more prone to shrinkflation than others.

“For example, the prices of goods like chips and cereals might not increase, but the amount of product in the boxes will decrease and consumers will get less for the same price,” Van Sant said. “In addition to the aforementioned items, toilet paper and liquids such as water bottles and sports drinks are common victims of shrinkflation, where the end user gets less volume in the form of plies of toilet paper or liquid in the bottle. Fast food retailers might also decrease the amount of fries per box, as another example.”

How Shrinkflation Is Affecting Your Budget

If you’re not actively tracking how much you spend, you could be spending more on everyday expenses than you realize.

“People should get a better understanding of what they truly spend at the grocery store,” Van Sant said. “Many people set a budget for groceries during the week, say $200. But what they’re not counting in that $200 is the extra grocery stops they’re making throughout the week because they’re going to the store more often because they’re getting less food for their money. What might have been enough money to produce your meals for the week might not be enough to last half the week now due to shrinkflation.”

The combination of inflation and shrinkflation means your budgets are being hit twice as hard.

“In the case of inflation, grocery items were hit hard,” Van Sant said. “Now, customers are finding that they are not only paying more for the goods, but with additional shrinkflation, they’re receiving less goods for the money they’re spending.”

How To Create a Budget To Beat Shrinkflation

“When you’re putting a budget together it’s important to make sure that you’re being realistic and that the numbers work,” Van Sant said. “Most often, people put together a budget to solve for an issue, like a mortgage payment, car payment or rent. When doing this, people tend to round down.”

However, due to shrinkflation, it’s important to round up so that you don’t end up spending more than you’ve allotted for yourself and end up going into debt.

“You’ll need to add a buffer zone to your budget planning,” Van Sant said. “On the expense side, always round up and forecast your expenses higher than what you anticipate. Also, consider your net income rather than your gross.”

If you’ve been budgeting $200 for groceries, for example, maybe budget $250. This may mean cutting back on discretionary spending to make sure your budget still works for you.

“These tips will help you to put together a more realistic budget,” Van Sant said, “and see where you can logistically cut back.”