Why It’s Important To Schedule Time for Budgeting Each Week 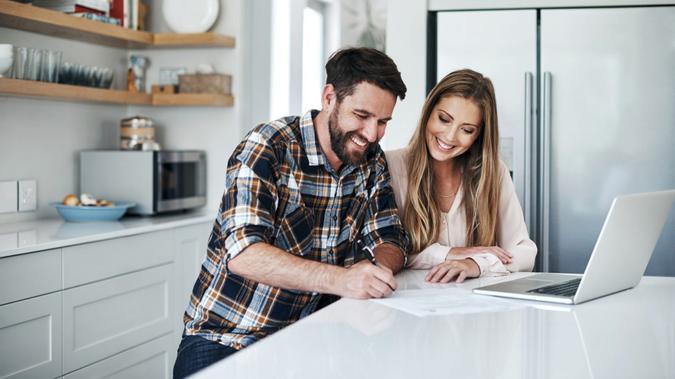 What’s more enjoyable than sitting down and budgeting? Many, many things. But budgeting on a regular basis can only work in your favor and potentially help you fight debt and better organize your spending.

Plus, it’s good for your mental health.

“Many people are dealing with financial stress, which means they’re more likely to procrastinate or completely ignore what’s going on with their money,” said Angela Marie Christian, a personal development and business coach, as well as a financial controller. “However, the interesting thing is: once you start facing it head on and shift the energy around the topic of finances and budgeting, the easier it becomes and the less stress you feel.”

What are some other advantages of weekly budgeting? Let’s have a look.

“The first, and potentially biggest benefit, of scheduling time for budgeting every week is that it will help you be more in touch with your spending habits,” said Julien Brault, CEO of Hardbacon. “If you only do budgeting every month, it can be difficult to keep track of where each little purchase was made. You can remember where the money is going with weekly budgeting and set weekly goals much easier. Weekly budgeting will also help you get ahead of big expenses on the horizon.”

You’ll Know If You’re Overspending (or Getting Overcharged)

“You’ll know sooner if you’re spending too much in a particular category, for instance,” said Julie Ramhold, consumer analyst at DealNews.com. “Or if there’s been a problem with auto paying a bill and can make solid moves to rectify the situation rather than realizing later, when it’s potentially out of control and harder to remedy.”

“Having a weekly budget allows more flexibility while also taking less time to manage as you’ll only be focusing on transactions for a week rather than a month,” said Steve Wilson, founder of Bankdash. “When it comes to handling fixed expenses that I have to pay once a month, a monthly budget may be a good fit. Other costs, such as eating out, sudden vehicle repairs and apparel purchases, are less predictable and sometimes unplanned.”

“Calculating the amount of money available in a week is simpler than calculating the amount available in a month,” said Elena Jones, credit and personal finance expert and founder at Finance Jar. “For example, if you set a budget of $300 for grocery shopping and spend more than half of that on unexpected plans during the first week of the 30 days, it will be extremely difficult to allocate funds. However, if you divide that $300 into an estimated $75 per week, you may notice that you only need to spend 50% of your budget the following week.”

“Making weekly, rather than monthly, credit card debt payments or savings contributions is another advantage of having a weekly budget,” said Carl Jensen, a financial and management consultant and the founder of Money Mow. “This can save you money in the long run. In addition, despite their tiny amounts, weekly payments are psychologically beneficial since they allow you to see your progress toward your financial objectives much sooner.”

“Making weekly card payments is also an advantage of a weekly budget because it can help one avoid paying extra interest,” Jones said. “Untangling fixed monthly expenditures into weekly amounts can be tedious and repetitive, but it is useful for seeing where one’s money is going. Individuals can accomplish this by dividing the month-long estimate by 52 and multiplying the result by 12. Even if they do not disintegrate their recurring monthly bills, they should at least disintegrate the amount left over after paying for debts, bills, and savings.”

It Can Be Fun (Sorta)

“You can make budgeting more fun by using printed budget templates,” said Jeffrey Zhou, co-founder and CEO at Fig Loans. “You can download free printable templates online and customize them based on your needs and goals. There’s something about writing that makes you pay attention to details, learn more, and remember the information. You can use highlighters, colored pens, and fun stickers if you feel crafty.”

You Regain Control Every Week

“Budgeting each week can help you regain control of your finances,” said mortgage broker Alan Harder. “It enables you to prioritize your spending, monitor your progress and identify when modifications are necessary. In addition, a budget establishes a sound financial plan that is simple to follow and enables you to plan and prepare for the future. It is the most powerful instrument you have to alter your financial future, and it empowers you to begin today.”

Now that we better understand the importance of weekly budgeting, let’s explore some of the best budgeting hacks, courtesy of Shaun Meyers, founder of Debt to Zero.