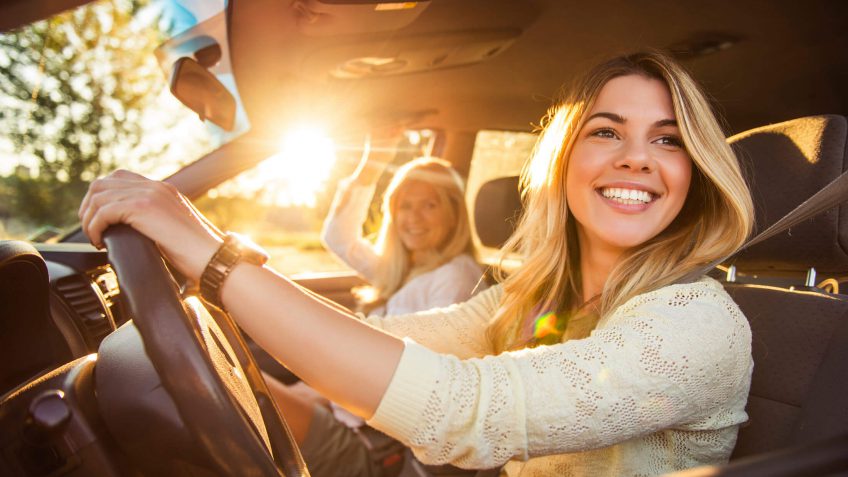 If you’re looking for a compact car to lower your fuel costs, there are plenty that get great gas mileage and are affordable, too. GOBankingRates looked at some of the most popular and best-ranked compact cars to find the ones with the best gas mileage.

The average combined gas mileage of this list comes in at about 32.5 miles per gallon, but individually the MPGs range from 30 to 39. Here’s a list of the top 21 compact cars, ranked by combined gas mileage, along with a few of their features and what reviewers had to say about them. 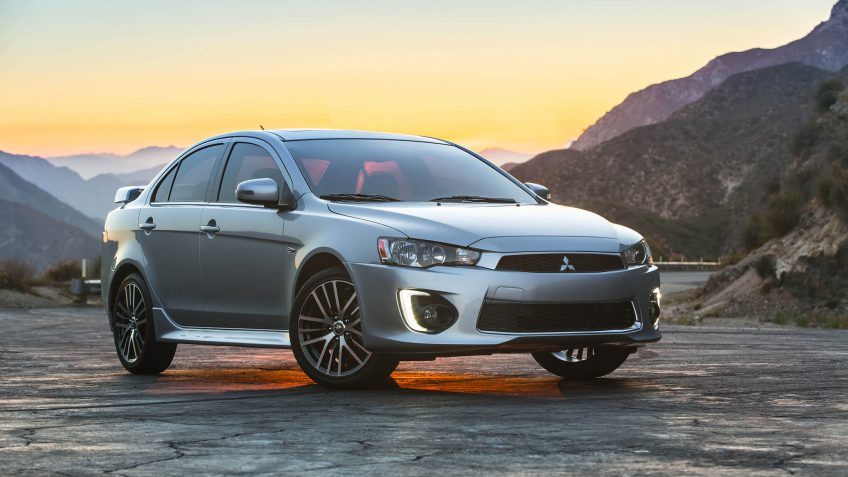 What the reviewers say: Edmunds.com didn’t like the Lancer’s noisy engine and subpar interior materials. But, they did notice it’s one of few cars in this category to offer the option of all-wheel drive. If you live in an area that demands that, it might be a bonus, they said.

Read: The Best and Worst Time to Buy a Car 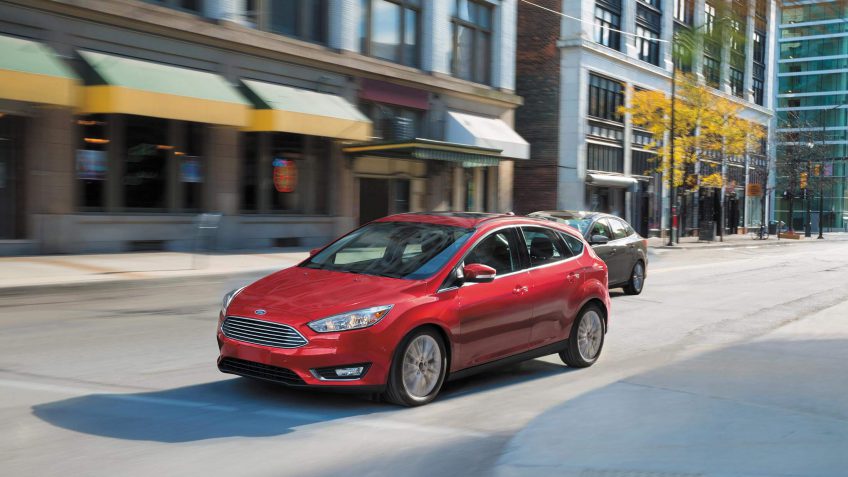 The Ford Focus comes with a voice-activated communications and entertainment system, rearview camera and side-curtain airbags.

What the reviewers say: Edmunds.com liked the Focus’s balanced handling and quiet, attractive interior, but weren’t so hot on the car’s tight backseat and not-so-great acceleration. “The Ford Focus isn’t as much of a standout as it was a few years ago, but it remains a smart choice for a small sedan or hatchback,” Edmunds said. 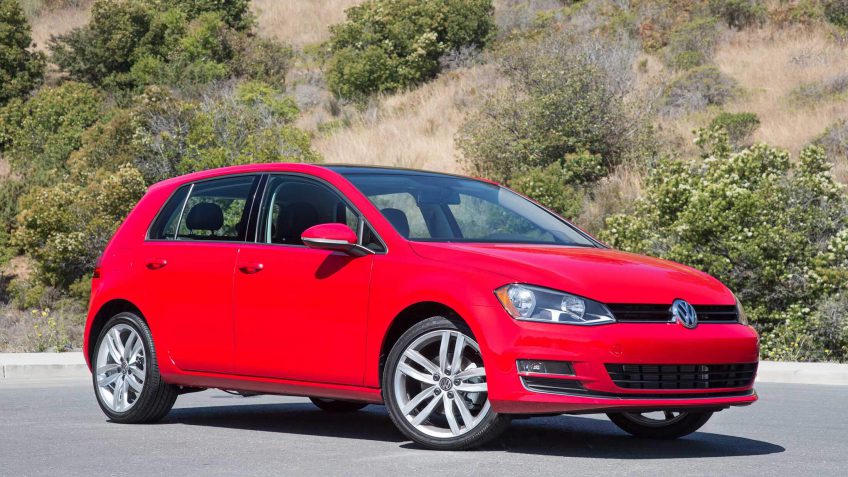 A turbocharged engine comes standard with the 2016 Golf, as does a 6.5-inch touch-screen sound system, rearview camera system and VW Car-Net App-Connect for smartphones. It’s also the most expensive car on this list.

What the reviewers say: Car and Driver said the Golf is one of its favorite rides, placing on its 10 Best list for the tenth year. “With a stout structure, the ride always feels solid and controlled,” they wrote. 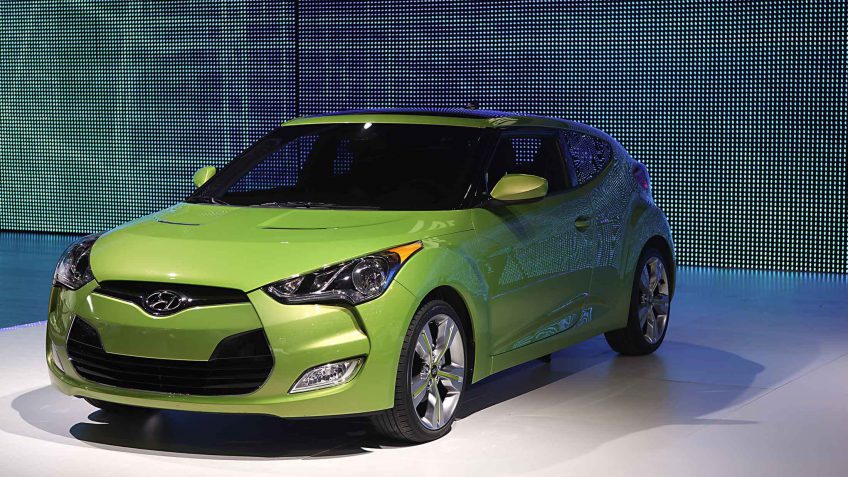 The Veloster earned a five-star safety rating and comes with a 10-year/100,000-mile powertrain limited warranty. It also has some sleek lines and a “sport-bike-inspired dash” that might appeal to the athletically inclined.

What the reviewers say: Edmunds.com praised the number of options available with this car and its distinctive style. They were less impressed with the “harsh and noisy ride,” and the lack of back-seat accessibility. 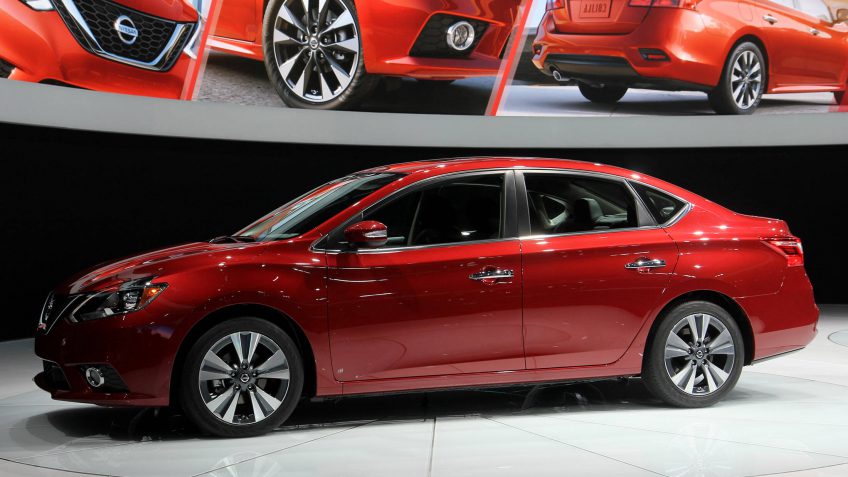 An interesting feature of the Sentra is its three drive modes. Eco gives you the best fuel economy. Switch to Sport mode for some zip. Choose Normal for a balance between the two.

What the reviewers say: Edmunds.com gave this car a B rating. They liked the car’s roominess, fuel economy and price. They weren’t so thrilled with slow acceleration and the fact that Bluetooth streaming audio wasn’t standard on lower-priced models. 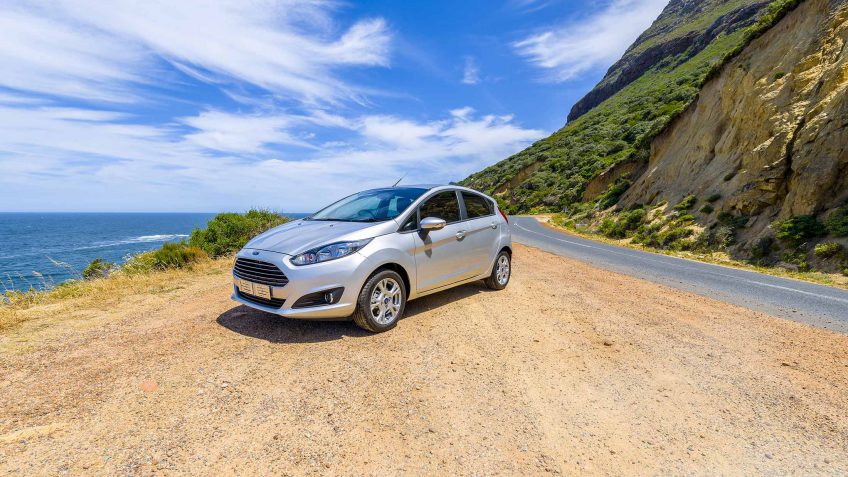 The third lowest-priced car on this list is the Fiesta, narrowly beating the next car on this list, the Kia Rio. Of course, you’ll have to pay a bit more to get all the cool techie stuff that Ford is rolling out, like the next gen of voice-activated controls, navigation system and rearview camera.

What the reviewers say: The Fiesta placed 4.5 out of 5 on Edmunds.com’s star-meter. They liked the spunky engine and well-appointed interior, but were disappointed in the limited cargo area and transmission options.

Ranked: The Least Expensive States to Own a Car 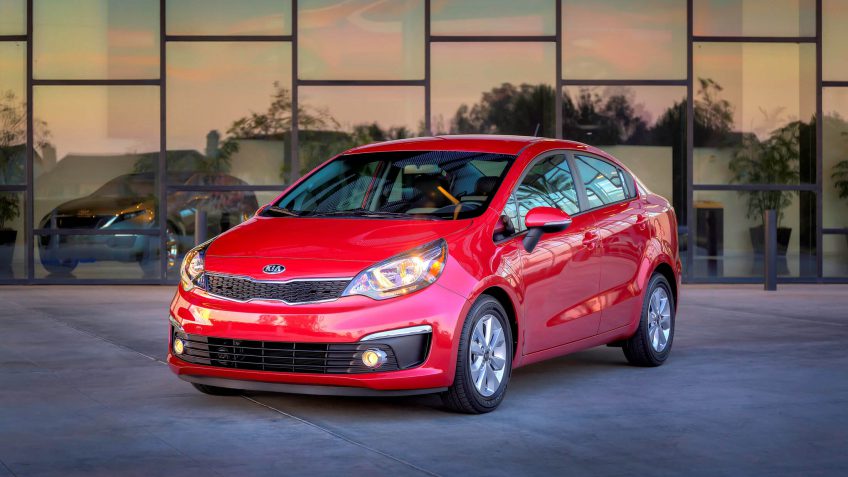 What the reviewers say: Edmunds.com reviewers gave the Rio four out of five stars, saying: “It’s not quite as refined as some class-leading rivals, but it might still win you over with its inviting cabin, strong engine performance and excellent value.” 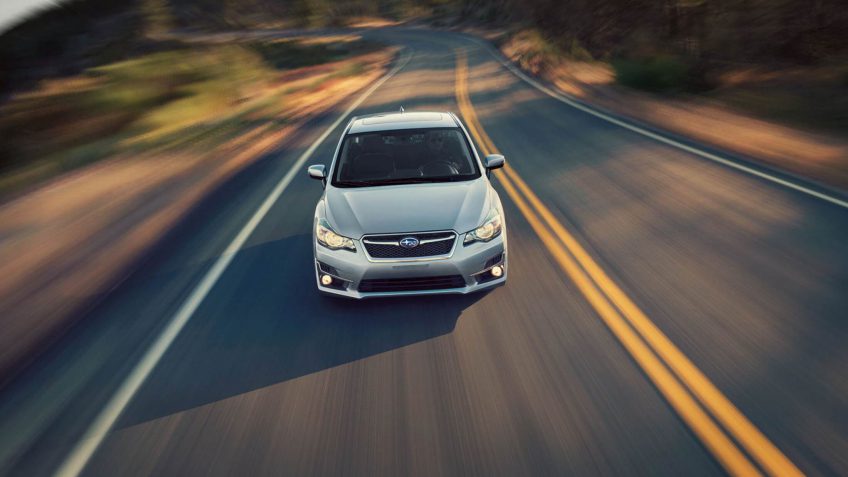 The Subaru comes standard with all-wheel drive and a lot of interior space. It also has a rear-vision camera, Bluetooth audio streaming and hands-free phone connectivity.

What the reviewers say: Edmunds.com liked the standard all-wheel drive, calling it “a notable advantage for helping you feel more secure during winter driving.” They didn’t like the engine noise and lack of engine power. 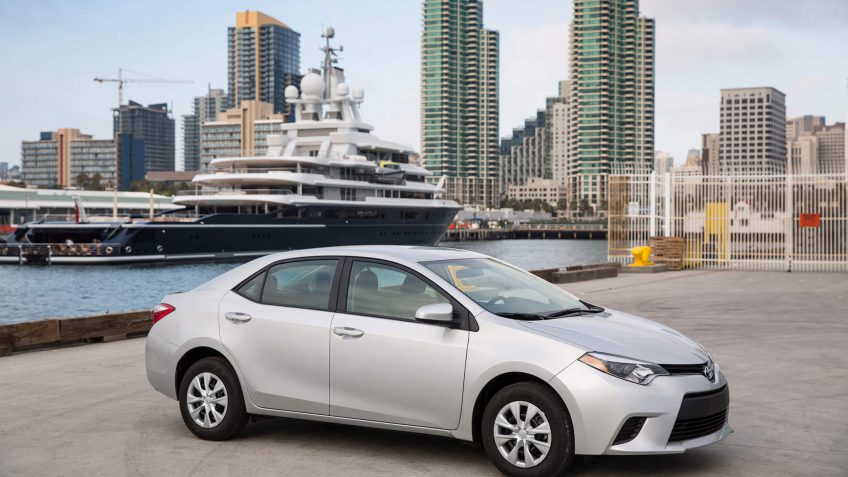 What the reviewers say: Kelley Blue Book liked the 2016 Corolla, complimenting its roomy interior and impressive list of standard equipment. “Toyota’s Corolla sedan for 2016 continues to offer buyers a proven commodity that delivers value, efficiency and peace of mind,” they said. 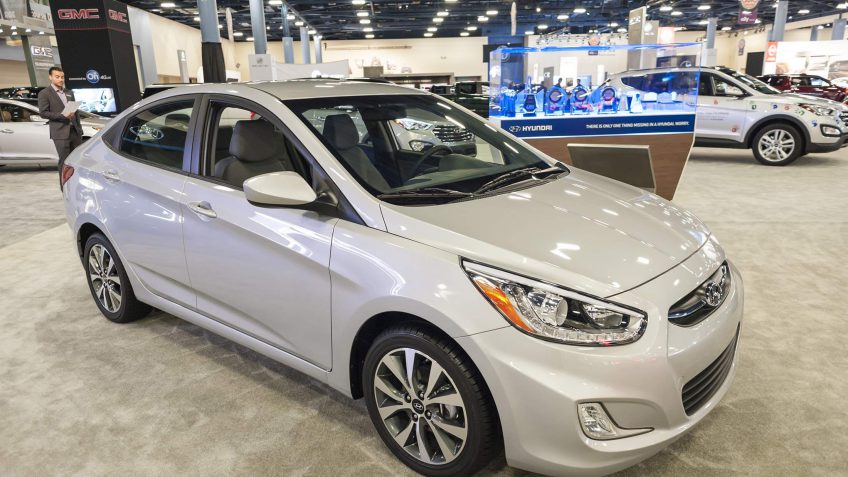 The 2016 Accent comes with standard features such as 60/40 fold-down rear seats, tinted glass, tilt steering wheel and a 137-horsepower engine.

What the reviewers say: Edmunds gave the car average marks on fuel economy and crash-test scores, but they liked the car overall. “With handsome styling, above-average performance and solid build quality, the 2016 Hyundai Accent represents a strong choice for a small sedan or hatchback in the subcompact-car class,” they said. 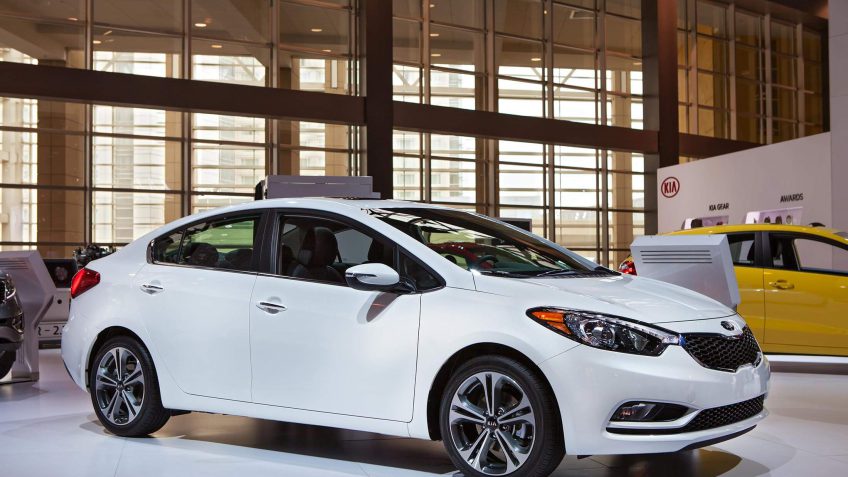 The Kia Forte comes standard with steering wheel controls for many systems and safety features, like dual front and front seat-mounted airbags, as well as full-length side airbags. It also comes with a SiriusXM Audio System and Bluetooth wireless connectivity.

What the reviewers say: Edmunds.com liked the Forte, naming it one of their favorite compact cars this year. They liked the spacious interior and the many standard and optional features. However, they didn’t like the gas mileage as much as other cars in this class. 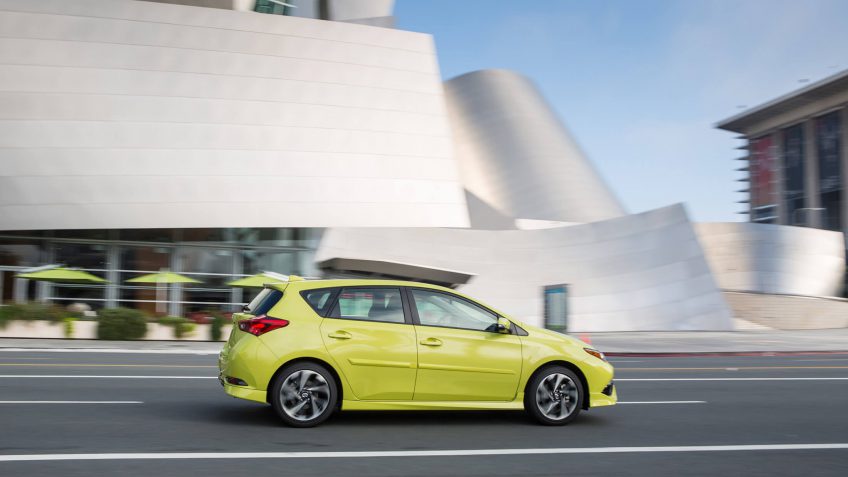 Scion offers quite a bit standard in the iM, including a two-year maintenance plan, a seven-inch touch screen display, hands-free calling and a backup camera.

What the reviewers say: Edmunds.com was split on the iM, loving its long list of impressive standard features but not loving its cargo space and acceleration, which they called the worst in class. 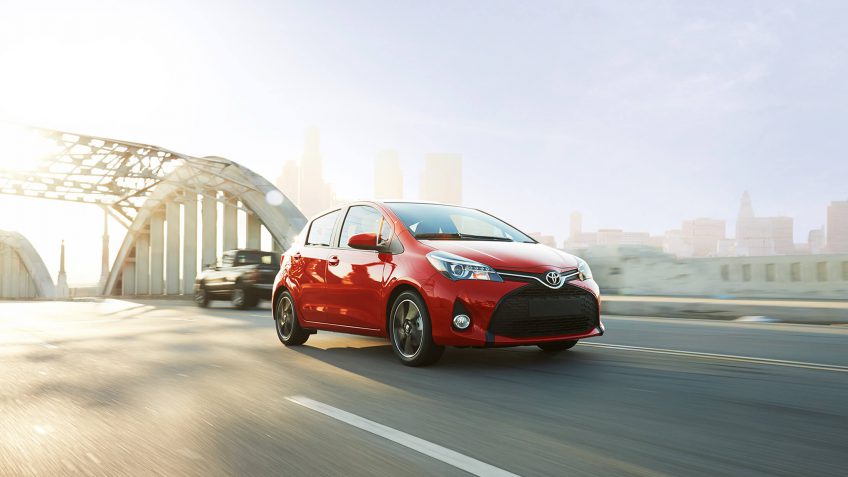 The Yaris has European styling and standard features, such as Bluetooth wireless technology for the entertainment and communications system, and nine airbags.

What the reviewers say: Although Edmunds.com called it economical and well-built, they qualified their praise. “But with so many impressive models competing in this segment, Toyota’s entry gets lost in the crowd,” the site said. 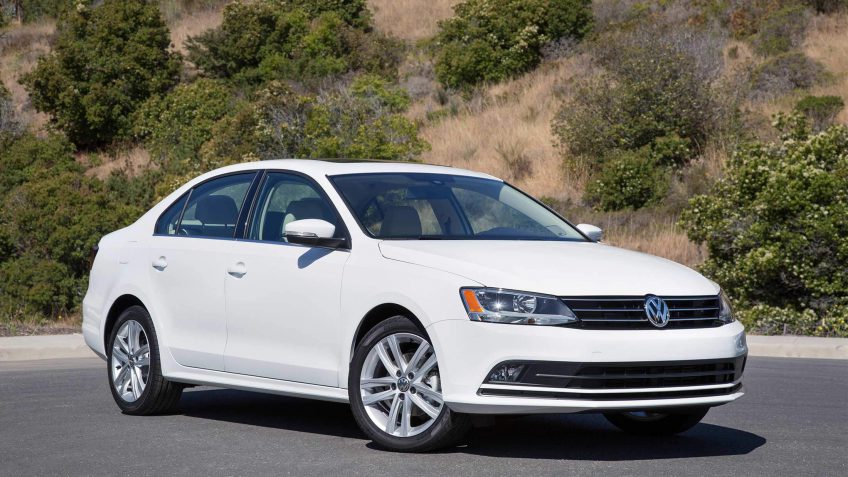 What the reviewers say: Edmunds.com liked the roomy backseat and trunk, and efficient turbocharged engine. They dinged it for its “middling handling and steering” and also didn’t like some of its cabin materials. 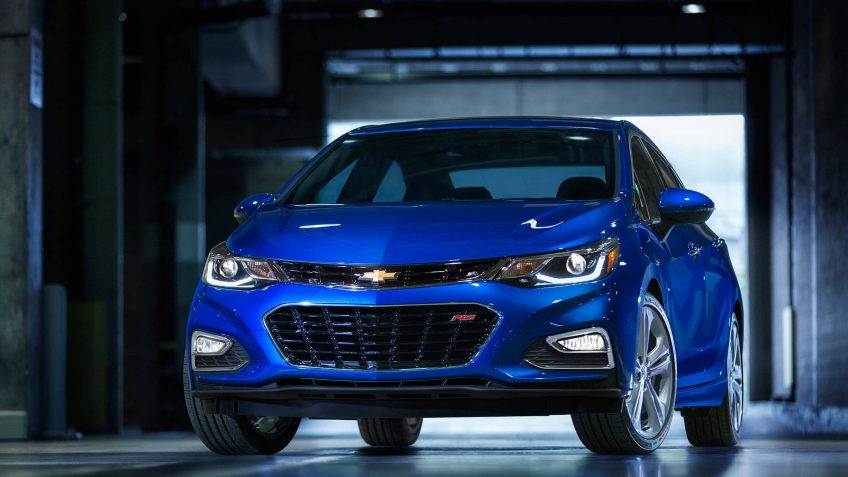 With new styling, the Cruze also has new options, such as heated front and back seats, as well as a heated steering wheel. It also offers a standard seven-inch touch screen for entertainment and communication needs.

What the reviewers say: Edmunds.com was impressed: “You’ll like the way the Cruze sips gas and how its handsome cabin has a surprising amount of room for you and your passengers. There’s plenty of the latest safety and in-car technology, too.” 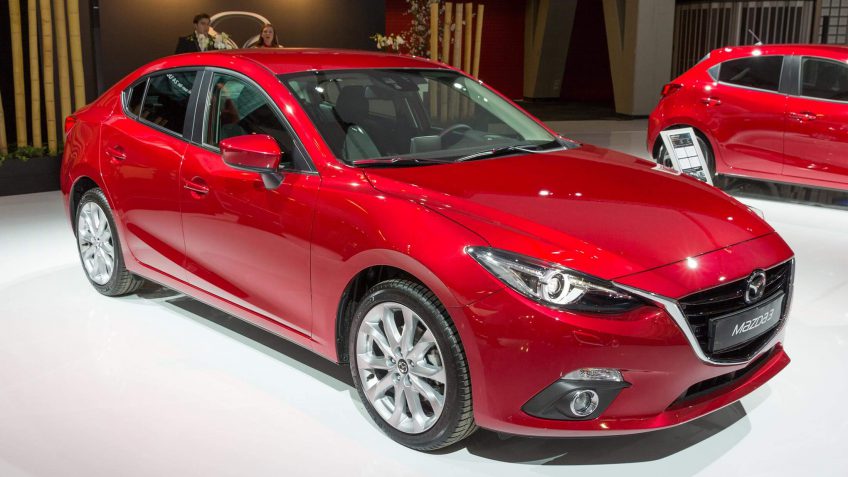 If you want a car design based on the predatory stance of an animal, here it is. It also comes with Bluetooth hands-free phone and audio streaming capability, as well as an infotainment system.

What the reviewers say: Edmunds.com liked the car, with few complaints. “The versatile 2016 Mazda 3 offers powerful yet fuel-efficient engines, sporty driving dynamics and a comfortable ride. It is one of the best all-around compact cars,” the site said. 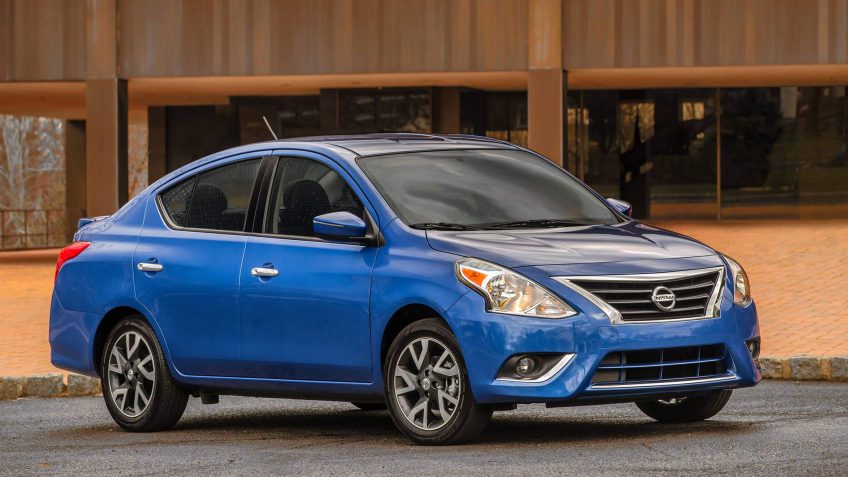 The least expensive car on our list, the Versa promises ample room in a compact car. You can also upgrade the car with illuminated entries and a rear spoiler.

What the reviewers say: The Car Connection gave this car a 6.2 out of 10. “It’s possible to get a new car that offers a surprisingly good equipment list for less money than a lot of people pay for a used car. The 2016 Nissan Versa is that car, or one of them,” said the review, which also noted that the car has “poor safety and performance ratings.” 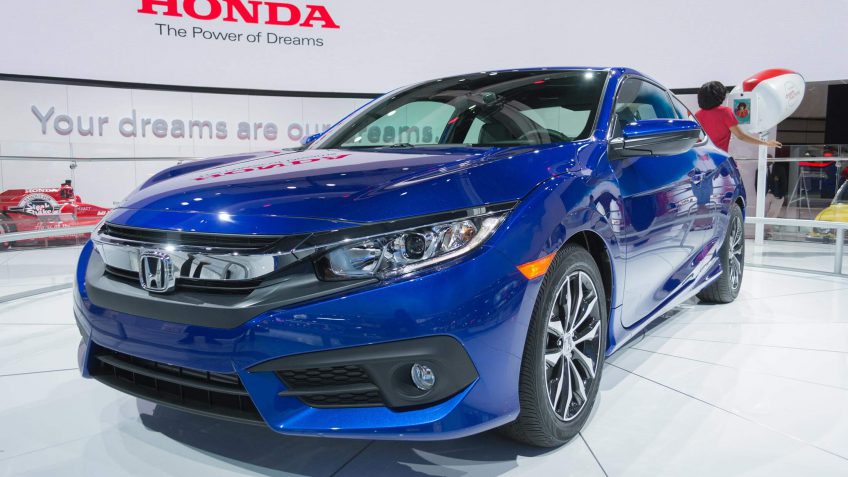 What the reviewers say: As for the Civic’s design, reviewers seem pleased. “This is a highly styled automobile. After years of sleepy aesthetics from Honda, we can now consider the automaker’s design team to be fully awake,” said Car and Driver. 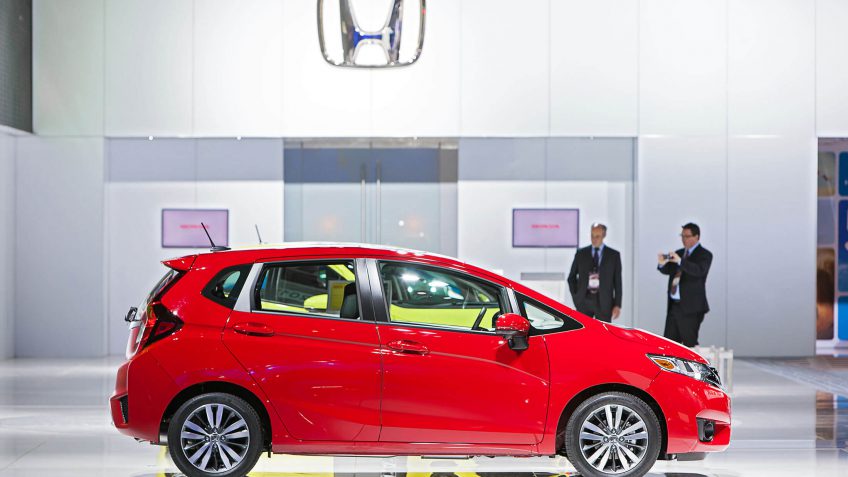 With good cargo space for a compact and seating for five, the Honda Fit offers a lot of car in a small package. The hatchback earned top marks for safety from the National Highway Traffic Safety Administration, and it also ranks among the best for resale value.

What the reviewers say: “The Fit proves that a small car needn’t be punishment for spending less, successfully mixing economy, versatility — and even a little mischief,” said Car and Driver in a five-star review. 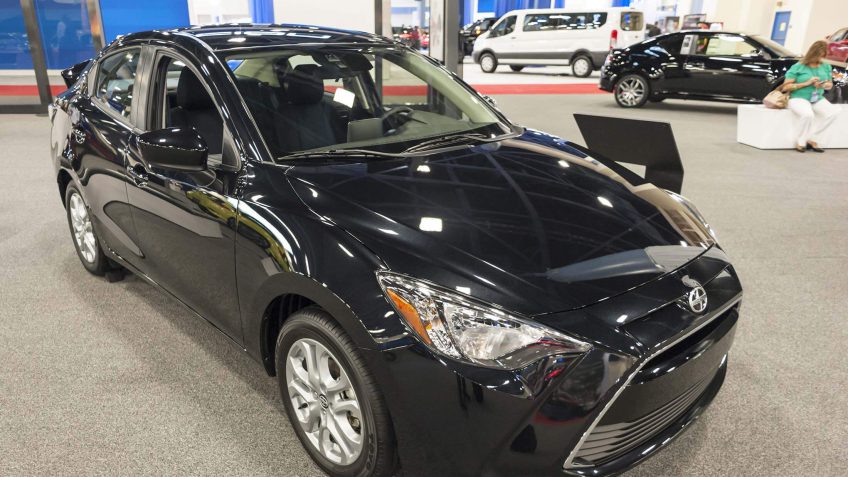 The Scion iA comes with a two-year free maintenance plan, with roadside assistance and some impressive standard features such as a backup camera and remote keyless entry with push-button start.

What the reviewers say: Car and Driver gave this car five out of five stars and said it was hardly simple transportation. They also liked the features. “A low-speed pre-collision safety system, Bluetooth connectivity and seven-inch touchscreen infotainment make the iA a well-equipped choice,” they wrote. 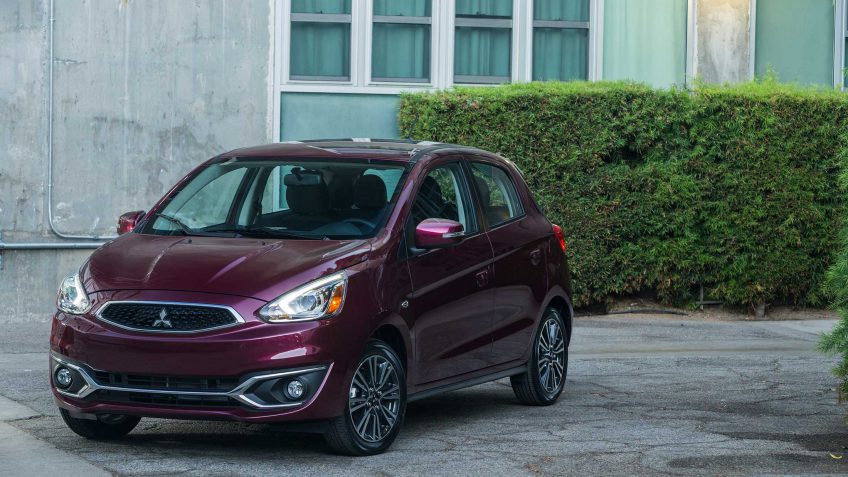 The 2017 Mirage — there was no 2016 edition — has four more horses under the hood than the 2015 model, which brings it to a not-so-whopping 78 horsepower. It does come with some nice features, however, like standard LED taillights, halogen headlights, active stability control and a 10-year/100,000-mile limited powertrain warranty. It also tops the list of compact cars with the best gas mileage.

What the reviewers say: Car and Driver gave this car one out of five stars. Their assessment: “Like fast food, it’s inexpensive, doesn’t pretend to be something it isn’t, and gets the job done.”

Methodology: GOBankingRates sourced the list of cars specified as compact from Car and Driver’s “Best Small Cars 2016” list and J.D. Power and Associates’ “10 Most Popular Small Cars” list, and ranked the cars by combined gas mileage, which was sourced from FuelEconomy.gov and/or car manufactures’ websites. MPGs and MSRPs are representative of base models. 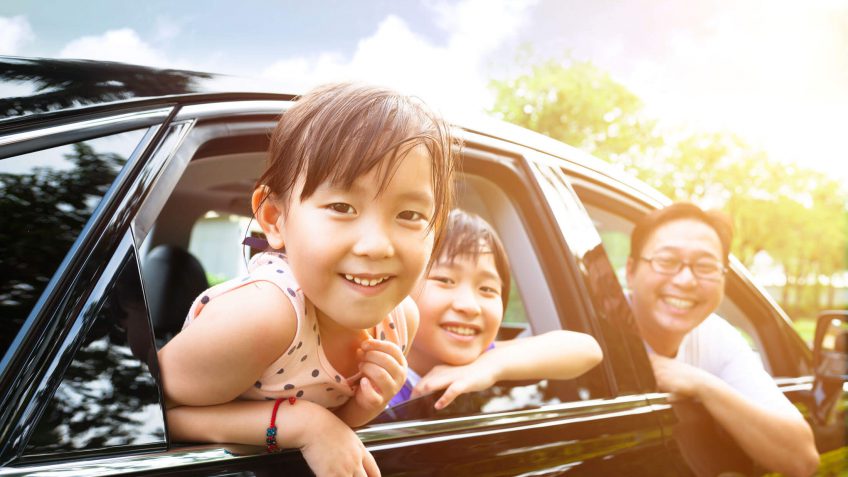