In the past, I made really poor decisions with my credit cards. I told myself I had them for emergencies, but then I used them for everything but. Air travel? Wine? New clothes? I’d put it on a card.

So, to get my spending under control and avoid temptation, I cut them up. I switched to a cash emergency fund instead to be used for actual emergencies. Sounds pretty smart, right? Well, almost.

Read More: Why I Asked My Husband to Stop Buying Me Expensive Gifts

Last year, just before Christmas, my husband took my 20-year-old car in for a routine warrant of fitness. It failed. It turns out that it needed an entire panel replaced due to severe rust, which would cost almost $1,000. You see, my husband is a surfer, so our trusty car had spent much of its life seaside. We weren’t particularly good at rinsing off the salt that accumulated on it, and now we were paying the price.

Being as it was the holiday season, there was no one available to do the repairs for another month. The car wasn’t officially roadworthy until the work was done, and since we are a one-car family, that meant we had no car to drive. It was an unpleasant thing to happen just before Christmas.

Do You Know? Most Americans Lack Savings to Pay for These Huge Emergencies

I felt equal parts relieved and shocked by this situation — relieved that we were able to cover the expense but shocked that we hadn’t better prepared for it. Why hadn’t we planned for this? It was certainly something we could have seen coming. Why didn’t we keep adding money to our emergency savings to cover this kind of thing, instead of having a small amount set aside and thinking it was good enough?

The answer is that old money habits had reared their ugly heads again. Just as was the case when I was on a spending spree with my credit cards, ignorance was bliss. We had chosen to bury our heads in the sand and ignore a potential expense that in hindsight was pretty predictable.

Consequently, we got stung.

Should We Buy a New Car?

Naturally, this sparked a conversation about buying a new car. We knew it would only be a matter of time before we needed to pay for more major rust repairs. Shouldn’t we just buy a new car instead?

We didn’t have the money to buy a new car outright, and we didn’t want to take on car payments. In the end, we decided that we would just keep maintaining our 20-year-old car until the cost became prohibitive or we had enough saved for a new car, whichever came first.

See: Exactly How Much You Should Have Saved in an Emergency Fund

After that decision, I set up a fund specifically for car repairs. It only took a few months before there was a good amount of money sitting in the account. With this auto-specific fund, we don’t need to touch our general emergency fund for semi-predictable expenses like the rust issue. And I feel so much better knowing we have money set aside specifically for taking care of the car.

When the car inevitably needs another repair, we won’t be scrambling to cover it. We won’t drain our emergency fund and then be afraid of an actual emergency coming along. All we have to do is keep the auto fund topped off anytime we make a withdrawal.

More on Saving Up: 39 Ways to Save for Your Emergency Fund

A couple of years ago, I would have used my savings for a holiday or dinner out. Today, now that I have learned some hard money lessons, that money sits safely in an account, and I know for certain it will remain there until it’s needed.

Click through to read about car repairs that aren’t worth the money.

Peti Morgan is the Founder of The Leveraged Mama. A married mum of one from New Zealand, she’s on a mission to help Mamas find financial freedom through conscious, clever and creative money management. 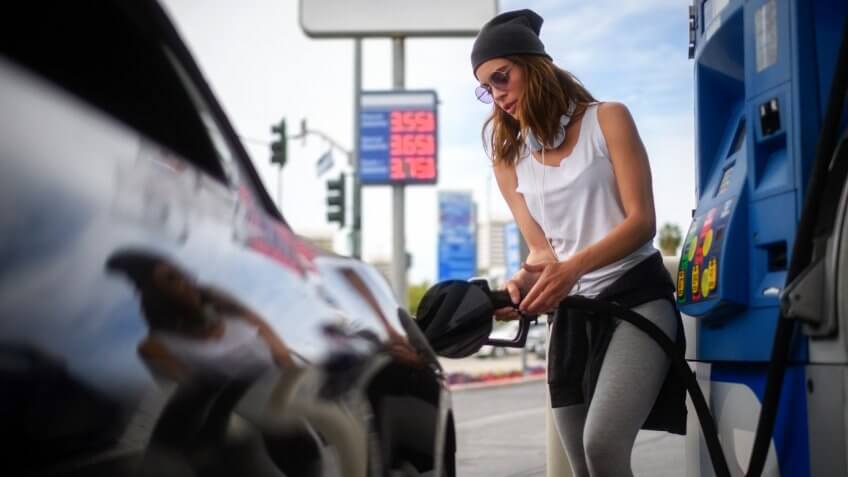 The plan will help farmers, but how much will it help you?