Gas Prices: What the 9/10 Appendage Means and How It Impacts Your Wallet? 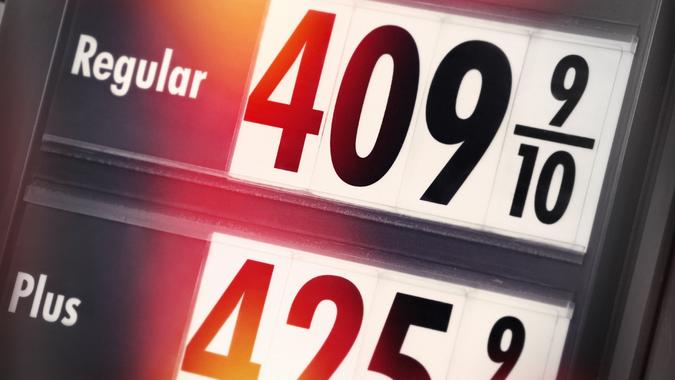 With the national average price of gas hovering over $3.50 per week, according to AAA, filling up is no easy feat. You’ll pay an average of $3.531 per gallon (as of Feb. 2, 2022). That number isn’t just painful because it’s so high. If you’re the type who likes round numbers, counting change to the third decimal point just looks wrong.

Learn: How Filling Up on Gas During Specific Days Could Save You $100 Annually
Explore: White House Considers Federal Gas Tax Holiday as Oil Prices Approach $100 a Barrel

Yet, there’s a reason why gas prices end in 9/10 of a cent, and it’s costing consumers more than they realize.

Back in 1932, the Revenue Tax Act placed a federal tax of $0.01 on each gallon of gasoline, Mental Floss stated. Back then, when gas prices hadn’t even reached a full dollar per gallon, a one-cent tax would have been substantial — roughly 10% of the total cost of gasoline. Gas stations didn’t want to lose business by raising their prices that much. Instead, they increased the price on every gallon by 9/10 of a cent. Customers hardly noticed. And gas stations were able to continue pulling in the profits.

Two years later, Congress didn’t repeal the tax as it had intended, but increased it by a half-penny, Gizmodo reported. Today, the Federal government collects 18.4 cents per gallon in gas tax, and states collect their own gas taxes on top of that.

Even though it would be easy enough for gas stations to increase prices by a full 19 cents — or even round up to 20 cents per gallon and pocket the profits — they don’t. Several psychology and marketing studies over the past decades show that consumers tend to round down — rather than up — when they see prices. Researchers call this tendency to judge prices based on the numbers before the decimal point as “left-digit bias.” When people see the fractional at the end of a gas price (usually 9/10 of a cent), they don’t notice it at all. Gas priced at $3.19 9/10 is not considered $3.20 a gallon in our mind, but $3.19 (and given today’s prices, even $3.20 would seem like a bargain). When it comes time to pay, that fractional is usually rounded up to the nearest penny.

What would happen if a gas station owner decided to forego the 9/10 and simply charge $3.19? One Texaco owner tried it in 2006, according to Mental Floss. He didn’t gain any additional customers due to his lower price, and lost $23 in revenue for the day, the article stated.

See: 16 Ways To Save Money on Food Now That Prices Are Rising
Find: The 6 Most Affordable Electric Vehicles

While 9/10 of a penny only increases your price at the pump by less than 20 cents per fill up for a 20 gallon tank, it adds up to significant revenue for the $430.12 billion U.S. gasoline industry.