Now Could Be a Good Time to Sell Your Used Car 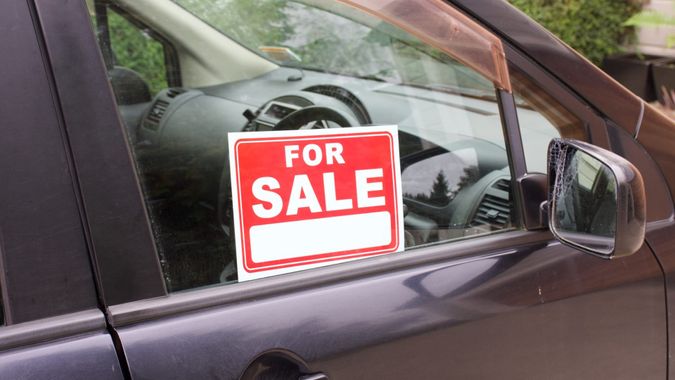 Used vehicle prices reached a 10-year high this week, according to the consumer price index report released by the U.S. Labor Department via the St. Louis Fed. The 10% jump over the past 12 months brings the average price of a used car or passenger truck past $20,000, MarketWatch reports.

See: These Are the Cheapest New Cars You Can Buy in 2021
Find: The Best and the Worst Time of the Year To Buy a New Car

The reason for the increase is neither surprising nor irrational: demand is exceeding supply. Many people who moved from the city to the suburbs during the pandemic found themselves in need of transportation and bought used cars.

Another factor was also a major cause of depleted used car stocks. Last year when the pandemic virtually shut down the rental car business, major rental car companies off-loaded large portions of their fleet. These were quickly bought up by consumers. This year, however, companies are not trading older models to upgrade their fleets.

“Sales into rental fleets were down 50% last year, which means … 12 to 18 months later the supply coming into the used-car market would be down by 50%,” Larry Dixon, a vice president at the National Independent Automobile Dealers Association, told the Los Angeles Times.

It could get worse before it gets better. The automotive industry experts at Edmunds predicted that 15.5 million new cars could be sold in 2021, representing a 6.5% increase over 2020. But if manufacturers can’t keep up with that demand, shortages of both new and used vehicles could continue, driving prices still higher. People who may normally purchase new cars buy used cars, instead, or hold onto their older car, leaving few trade-ins on used car lots.

See: GM Stands to Report Big Profits Despite Chip Shortage
Find: 25 Ways the Coronavirus Has Upended the Auto Industry Across the Globe

What does this mean for you? If you have an extra used car, you could sell it for some extra cash right now. Cars are not typically considered an investment, as they depreciate as soon as they leave the lot. But with the shortages the country is facing, you could get more than you’d expect for the vehicle, perhaps even more than Kelley Blue Book value.

You can use that money to bolster your position on investments, start an emergency fund or pay off debt you may have accrued during the pandemic.

“If you have an extra car to sell, it’s a great time — there may never be another time greater than this,” Eric Ibara, director of residual values at Kelley Blue Book, told the Los Angeles Times.

On the other hand, it may not be a smart idea to sell your car hoping to get a great deal on a new vehicle. Parts shortages, factory shutdowns and supply chain issues have reduced new car supplies, driving those prices higher, too. In December 2020, the price for a new vehicle reached a record high of $40,573, Edmunds reported.